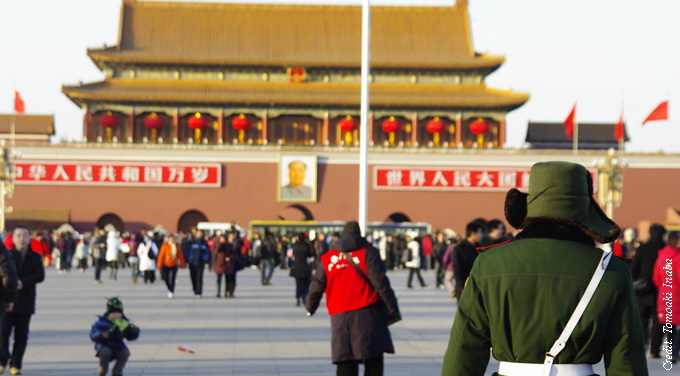 Beijing should embark on a new growth order

Between 1978 and 2012, China’s GDP grew at an average annual rate of about 10% – from US$341 billion to US$8.3 trillion (at 2012 prices) – lifting more than 500 million Chinese out of poverty in the process. Much of this was due to an export-led industrialization and urbanization strategy that opened up new opportunities in the rapidly expanding cities, where labor, capital, technology and infrastructure came together to form supply capacities for global markets.

But this urban-based, export-led growth model also created more challenges than it can now handle: Property bubbles, traffic jams, pollution, unsustainable local government debt, land-related corruption, and social unrest related to unequal access to social welfare. As a result, a shift toward a new consumption-based growth model that emphasizes stability, inclusiveness, and sustainability is at the top of China’s agenda. China is searching for a new “growth order” for its restlessly expanding cities.

The current economic growth model considers key factors of production such as land, labor, capital, and total factor productivity (a measure of efficiency). But this narrow focus on output neglects the economy’s human dimension – that is, how growth affects ordinary Chinese citizens’ lives.

A growth order, by contrast, emphasizes the configuration of socio-political and economic institutions, including norms, procedures, laws and enforcement mechanisms, to achieve social objectives. such as improved living standards, a healthier natural environment and a harmonious and innovative society.

The growth order’s stability will depend on institutionalized and effective coordination between the state, the market and society – a major challenge, given the divergent interests within and among these groups. But, more important, much of the growth order’s effectiveness will depend on the relationship between the central and local governments in the delivery of public services for the market.

Indeed, contrary to popular belief outside China, the Chinese state is not monolithic; it is a highly complex bureaucracy with many layers of government and quasi-government institutions that do not always conform to central directives. The central government is in charge of national or systemic interests, deploying legal, regulatory and broad monetary and fiscal policies to achieve its ends. But the state interacts with private enterprises, individuals and civil society mainly through local governments and local offices of national regulatory agencies.

A distinctive feature of the Chinese growth order is that local governments compete actively against each other for jobs, revenue, investment and access to fiscal and human resources. This is because local governments’ leaders are appointed centrally, and, until recently, promotion has been based largely on the ability to generate GDP growth at the local level, leading to over-investment in the economy as a whole.

Hence, the interplay between local and central governments is complex, particularly in terms of revenue sharing and responsibility for providing public services. Although the central government may be committed to reforms, implementation at the local level can be very uneven, owing to parochial and vested interests.

For example, since 2008, when the central authorities tried to boost growth to combat the global crisis, local governments expanded their investment capacity through shadow-banking vehicles that sought to circumvent restraints on bank credit.

Compared to the private sector, local governments and state-owned enterprises tend to have access to significantly cheaper funding, with the gap between official interest rates and shadow-banking borrowing costs reaching as much as 10 percentage points. Cheap funding and land revenue have led to excess infrastructure and industrial capacity. From 2008 to 2012, fixed-asset investment in China amounted to US$22.2 trillion, or 2.6 times more than the country’s 2012 GDP.

Rebalancing the economy by shifting toward domestic consumption and avoiding over-investment will require major fiscal and monetary reforms, as well as structural reforms to delineate land-use rights more clearly. It will also require revising the framework for revenue sharing between central and local governments, as well as transparency in local-government finance.

These reforms stand at the center of the state-market debate, because the private sector, caught in the complex interplay between central-local power sharing, can easily be crowded out. Thus, creating a new growth order requires the central government to align institutional structures and incentives so that local governments and the market can play to their strengths. The market must be allowed the space to innovate, while the state must implement the necessary institutional and procedural reforms. Striking the right balance between market-based product innovation and state-led institutional innovation will be the main challenge that China faces in the years ahead.