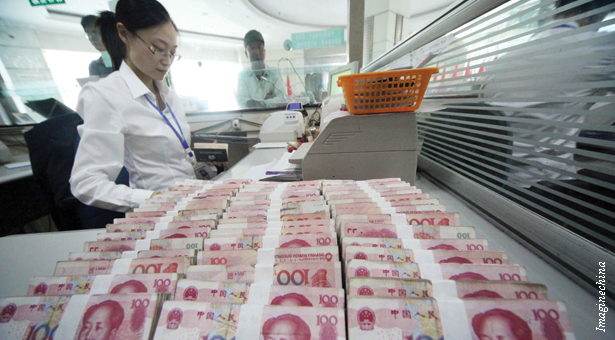 Don’t tell the Americans, but the renminbi might be overvalued.

US politicians can’t resist taking China to task for supposedly holding down the value of the renminbi for years. While they undoubtedly care more about scoring political points than the underlying facts, lawmakers would likely be shocked by a theory that has arisen in the last two weeks that China’s currency is actually overvalued.

Some economists and analysts quickly jumped to the conclusion that the renminbi has appreciated too much. A stronger yuan means that Chinese exports are more expensive, which could lead other countries to buy less.

“In our view, one key policy take-away from this trade report is probably that the strength of the yuan can hardly be justified,” wrote Societe Generale China economist Yao Wei in a July 10 note. She did also note that capital inflows had been curtailed, part of a crackdown on illegal trade misstatements, so “the balance in the currency market should tilt towards yuan depreciation.”

This about-face by many in the finance industry is surprising, considering the rise of the renminbi previously seemed like one of the surest bets on China. There’s ample evidence that this new stance may be an overreaction as analysts scrambled to respond to an unexpected data release.

The crackdown on misstated trade statements, noted by Yao, likely had more to do with the downturn in exports than an overvalued renminbi.

While exports stole the headlines, it’s also important to note that imports fell, a trend that would counteract the effects of declining exports on the currency. Imports drive capital outflows and thus exert downward pressure on a currency’s value as demand for yuan falls. Exports do the opposite. Downward trends in both should therefore offset each other when it comes to the value of the renminbi.

Taking imports and exports together, the trade surplus in June was still a massive US$27 billion, widening from May. That measure should, in theory, narrow if the renminbi is approaching its par value.

But regardless of whether it is overvalued or undervalued, the debate may actually have little bearing on what the Chinese government does. Beijing could decide to suppress the value of the currency to pull out all the stops in support of exports, whether or not it runs counter to market forces.

Beijing’s likeliest course of action is the path of least resistance – neither allowing the currency to substantially appreciate or depreciate. That will ensure that the currency doesn’t put further pressure on domestic exporters and gives policymakers in other countries like the US no new reasons to complain about the yuan.