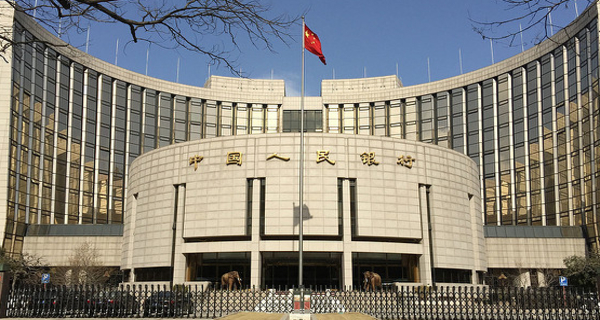 China’s central bank announced over the weekend that it will cut the reserve requirement ratio (RRR) of some of the country’s banks for the fourth time this year. The move, effective October 15, provides good evidence that Beijing is trying to normalise its policy of easing while the economy weathers a flurry of headwinds.

The government is hoping that fresh funds will provide a motor for bank lending during a time of flagging economic sentiment back home and the ever-present shadow of trade tensions with the US. Past months’ activity data have shown that key drivers of growth, such as infrastructure spending, have slowed sharply, dragged down in part by a tightening of finance channels for local governments.

The cut could assist another governmental goal of directing more lending to traditionally cash-starved sections of the economy, namely small- to mid-sized enterprises and rural areas.

“The central bank aims to increase the effect of the money multiplier,” said Serena Zhou, a senior economist at Mizuho. By encouraging banks to lend, “China can thus create money supply through credit expansion and utilise the existing level of the monetary base more efficiently.”

The consensus among analysts is that the RRR cut will be followed up with a similar lowering of the policy rate in order to push down interbank rates and stimulate lending. Given the already low starting point for interbank rates, however, it’s likely that the People’s Bank of China (PBOC) will also supplement this with a reduction in the reverse repo rate – the rate at which it lends to banks, which is seen as a floor for market rates – in order to create room for further cuts.

By adjusting the RRR in this manner, the PBOC will be returning to a more traditional application of cuts as a means of loosening monetary policy. In recent years, such as in late 2015 and early 2016, RRR cuts were implemented in isolation from interbank rates, allowing the central bank to offset any squeezes on liquidity as a result of its heavy foreign exchange sales at the time.

That being said, last week’s announcement still has some of this compensatory characteristic. Of the total sum being released, RMB 450 billion is intended to effectively pay off the same amount’s worth of medium-term lending facility (MLF) loans due to mature. The remaining RMB 750 billion will be for the use in the wider economy.

There have already been some signs that the previous RRR cuts are kicking in as hoped. Property price growth is accelerating again, and some analysts are even reconsidering their outlook for the rest of the year.

Others, however, are less bullish on the upside risk of the proposed cuts. In a commentary letter, analysts at Caixin Global Intelligence explained why they don’t believe banks will be incentivised to lend to cash-strapped sectors.

“This is because the basic problem is not that the banks lack liquidity,” the letter read. “As we’ve argued before, many of these smaller businesses are simply just too risky to lend to, and often lack adequate collateral.”

Sunday’s decision adds to the understanding that Beijing has now placed supporting economic growth at the top of its to-do list. However, having launched a strict, wide-ranging deleveraging campaign earlier this year, the government is keen not to backtrack too far on previous commitments.

“PBOC references to ‘deleveraging’ haven’t disappeared but are now prefixed by the word ‘structural’,” notes Julian Evans-Pritchard of Capital Economics. This rhetorical change, he adds, is ackowledgement that “credit growth may rebound in the short-run but that policy easing is being calibrated to try to avoid derailing their medium-term efforts to reduce leverage ratios.”

There is also the question of stabilising the exchange rate. The yuan has lost 9% against the greenback in the past half-year, raising eyebrows among some in Washington that China is manipulating its currency to counter negative effects of a trade war.

In its accompanying statement, the PBOC affirmed that the RRR cut would not lead to further downward pressure on the currency, repeating its “prudent and neutral” monetary policy stance. This was backed by action taken on Monday by the central bank to hold the yuan’s reference rate under 6.90 on the dollar, the lowest since May of last year. Whether this appetite for a strong currency persists if the economy hits more stumbling blocks, however, is a different story.