Home Banking & Finance With the resumption of IPOs on the horizon, investors shouldn’t feel safe despite more rigorous inspections 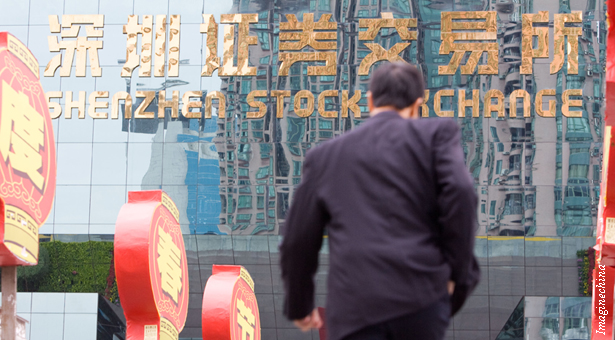 With the resumption of IPOs on the horizon, investors shouldn’t feel safe despite more rigorous inspections

Investors should be worried when two of the world’s top 15 stock exchanges close their doors to initial public offerings for months on end, with only vague hints at when they might resume. But instead, punters on Shanghai and Shenzhen’s stock exchanges may be getting a false sense of security during this stoppage on IPOs that began in October.

That could spell trouble for investors when IPOs resume, which local media now indicates could happen as soon as July.

Chinese regulators surely had the right motivation for taking action on the country’s IPOs. Mainland-listed companies have repeatedly been exposed for lying about key financial data to shareholders, sapping confidence in the exchanges. Regulators sought to stop IPOs in order to more thoroughly check over companies before allowing them to list.

On the surface, there are signs that might comfort investors. Many publications, including China Economic Review, initially worried that regulators were only setting the market up for a shock when IPOs suddenly resumed. The logic went that new issues would flood the market and drain liquidity from existing shares. That concern has now largely been set aside, as analysts believe the market has already factored the eventual resumption of IPOs into share prices.

Another positive sign is that the list of firms waiting to IPO has begun to shrink, indicating some questionable firms may have thought better about listing or have possibly been kicked off the list by regulators. The backlog of companies waiting to list in Shanghai or Shenzhen has shrunk to 610 companies as of March 31, down from nearly 900 in February, according to statistics from the China Securities Regulator Commission (CSRC). Those remaining companies had filed mandatory self-examination reports, while nearly 110 firms filed to suspend their IPO application after failing to complete such reports and 162 asked to terminate their prospective listings outright.

The CSRC began reviewing these self reports in April, and any remaining companies seeking to IPO are required to submit reports by May 31. The regulator has already started randomly selecting self reports for additional scrutiny, a process it calls spot checks on their filings. Beyond companies with dubious filings, underperforming firms are also supposed to be weeded out.

Investors may think that it will be safer to invest in initial public offerings once they resume, given the higher level of regulatory scrutiny. “If I’m a retail investor, what message am I getting? All the IPO deals now coming into the market must be good quality,” said Heather Hsu, head of A-shares research at securities firm Fortune CLSA.

But that’s the wrong impression to give investors, she said. If anything, investors should be taught to be warier of IPOs, so that they are more careful in researching new offers themselves and avoid questionable companies and brokerages. Investors need to get burned on bad IPOs in order to learn how to be more cautious, and stopping new listing may be preventing them from receiving those valuable lessons.

Ultimately, the increased regulatory checks are no replacement for a Western disclosure-based system for approving new listing. Spot checks on randomly selected companies will help prevent some bad companies from listing. But with hundreds of IPOs waiting to list, regulators will never be able to check all the claims made in the financial documents of every company.

Investors themselves are the best regulators of IPOs. Under a disclosure-based system like the one used in the US, regulators take a hands-off approach and allow any company that files certain documents to proceed with listing. Investors themselves scrutinize the deal and ensure that companies aren’t up to snuff are punished through low subscriptions to the IPO and falling share prices after the shares float.

Chinese regulators are attempting to fix the outcome of IPOs by trying to guarantee they will perform well. But stock exchanges must be dynamic enough to sort out the good companies from the bad on their own by allowing market forces to act.

That process could be painful in the near term by dragging down stock prices and dealing losses to investors. In the long term, however, that is the only way that investors will learn the lessons they need to ensure that the most promising companies get the most capital. The market itself, not the government, will be the best way to restore confidence in Chinese stocks.