Home Columns & Interviews Chinese brands and the question of trust 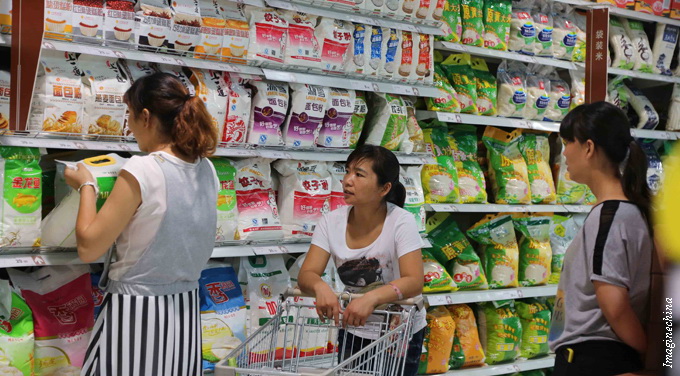 Chinese brands and the question of trust

Paul French is an independent China analyst and author

China’s overall economy may be in a bit of a downward spin but consumer activity keeps on looking good. Retail sales in China rose 12.4% year-on-year in the first quarter of 2013 and 13.3% year-on-year in June alone – not half bad and above GDP growth of 7.7% for the first three months of the year.

However, the bulk of this growth in shopping is from the largely unorganised sector – independent stores, small chains and the like. This means that we have the conundrum of retail sales growing but the stock performance of China’s big listed retailers declining. China retail used to be all about the big boys. Now, it seems, it’s much more about the little guys and, increasingly, the e-commerce players.

Chinese consumers continue – quite rightly – to worry about milk. These concerns appear to be giving hope to foreign dairy companies to get in on the market. In the last year or so I’ve spent time talking to a number of German dairy companies looking at the China market for the first time while the French liquid milk producer Candia is thinking the same. Foreign milk producers used to be wary of China – high entry costs, perishable product, low margins – but nowadays good quality milk from trusted imported brands can command higher prices and therefore margins and the market looks a whole lot more interesting.

Milk consumption is also part of a general health kick going on. Vitamins and supplements giant GNC is entering the market with 25 planned stores. China is the largest producer of vitamins and supplements globally, but of course nobody who can afford international brands trusts the local products so GNC probably has a good chance. Now the UK’s Holland & Barrett chain of vitamin and health food stores is also eyeing health conscious Chinese.

Perhaps the way for the local brands to fight back is to open branches overseas and let Chinese tourists see foreigners buying what they prefer not to. The legendary and ancient chain of Beijing Tongrentang Group has just opened a new medicine outlet in Cabramatta, a suburb of Sydney. Tongrentang has had a few stores down under for a while but is now expanding. Perhaps the thousands of Chinese tourists who flock to Australia every day will see local shoppers in the stores and regain their trust in domestic brands?

At the same time part of the healthy kick is to dump junk food, which has been gaining in popularity among urban dwellers looking for convenience. KFC and Pizza Hut parent Yum! Brands saw a 10% decline in China sales year-on-year in June. So was chicken flu, tainted poultry scares or a desire for a healthy lifestyle the cause of the slump? I’d venture probably a bit of all three.

Still, the fast food chains come. Burger King is opening a raft of stores in second and third-tier cities though early reports say that interest from consumers is low and sales poor.

If I had to bet on one brand making it big over the next 12 months I’d put my money on Muji. The Japanese “no-brand” household and consumer goods chain has been in China for some time but consumers never quite “got” the concept. Now though it seems all is starting to come right. Footfall is rising at the retailer’s mainland stores and, importantly, it is converting Chinese tourists travelling overseas. I was recently in one of Muji’s Kuala Lumpur branches and it was busy with brand obsessed Chinese shoppers “getting” no-brand. Muji is opening about 40 new stores in China in 2013 to bring its total presence up to about 100 outlets.