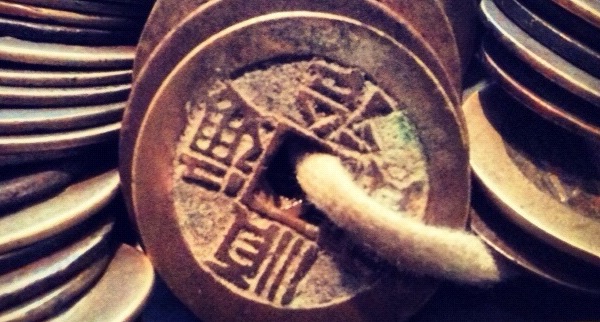 Copper prices are up, and so are prices for steel iron ore and a whole bunch of other commodities. Why? Yet again, it is China that is leading the way with its massive economy and gargantuan needs governing the markets. But as always, there is a question of how far and for how long. No one knows.

Copper has been at or near two-year highs, and rebar steel in China is at price levels unseen for four years. Nickel, zinc and aluminum are all at levels not seen for many months if not years.

China’s economy this year has been doing better than expected, and while it is slowing compared to a decade ago, and arguably unbalanced, manipulated and abnormal in many ways, it has clearly recovered in many ways from a couple of weak years. Underwriting that outlook is a meeting. The most important thing that will happen in China this year is the 19th Communist Party Congress. This once-in-five-years event sets the leadership and policy directions and this time round more than usual, it is essential for the Communist Party to present a unified and stable face with economic prospects that are rosy.

So just looking at the politics alone, it was not a difficult call to predict a positive economic situation in China over 2017. but the impact has been greater than expected. The RMB has stabilized thanks to massive support from Beijing in the foreign exchange markets and controls on capital outflows that can only be described as draconian. China’s foreign exchange reserves have clawed back some room after many months of declines as well. The housing markets remain either bubbly or buoyant, depending upon your point of view, but efforts to tame apartment pricing in the major cities across China have proved futile. Driving it is speculation based on the belief that the Party will not let prices collapse and has the means to prevent them from doing so. And while that is absolutely true until the day when it is not, the chances of anything negatively unexpected happening in China’s real estate markets before the Congress are almost zero.

Policy is at the heart of it all. Underlying the surge in steel and iron ore prices is both the housing price surge and also determined efforts to cut back on total steel production capacity. Mills across Hebei province are being closed, which has helped to boost the pricing of steel from the mills that remain. Added to that are indications that the Party this time is serious about cutting air pollution across north China during the coming winter. That could well mean lower production of steel and other heavy industrial products for many months. The Chinese authorities are reported to have told steel and aluminum producers in 28 cities to slash output over winter to cut smog. In previous years, there was has been a marked reluctance on the part of local authorities to comply due to conflicting priorities, but Tangshan, a crucial steel product and pollution producing center, is expected to implement the cuts this time.

Meanwhile, China is on track to this year overtake the United States and become the world’s biggest oil importer. According to government statistics, China imported more oil during the first half of the year than the United States, averaging 8.55 million barrels per day (bpd) versus 8.12 million bpd for the U.S.

This trend has all sorts of implications for the global energy markets, and most particularly reflects a shift in the center of gravity in oil markets from the Western world to East Asia. The world’s biggest oil trader is now the Chinese state-owned Unipec. China is still the second-biggest oil consumer after the United States, but its growing dominance in the international oil markets, particularly through the Shanghai crude oil futures market, gives it a much larger role than ever before in setting prices for the commodity.

One factor underlying China’s surge in imports is its much-expanded refinery capacity. Domestic demand currently comes nowhere close to absorbing the extra production, so China is exporting gasoline and diesel at record levels, putting huge pressure on other refiners, including Singapore, Taiwan and Korea.

The trend is set to continue. China is expected to add more than 2.5 million bpd of refining capacity by 2020, according to the China Petroleum & Chemical Corp, or Sinopec, which is already Asia’s biggest refiner.

Japan used to be far and away the biggest refiner and market for petroleum products, but is now overshadowed by both China and India, and its capacity is being consolidated to take account of falling sales as its population declines and also increasing use of alternative sources of energy.

Nevertheless, there are changes coming. China’s own fuel demand is plateauing due to advances in the use of electric cars, and a slowing of economic growth. And after the 19th Congress has been successfully concluded, there will be a new round of developments. But whether positive or negative for commodities markets, it is too early to say.