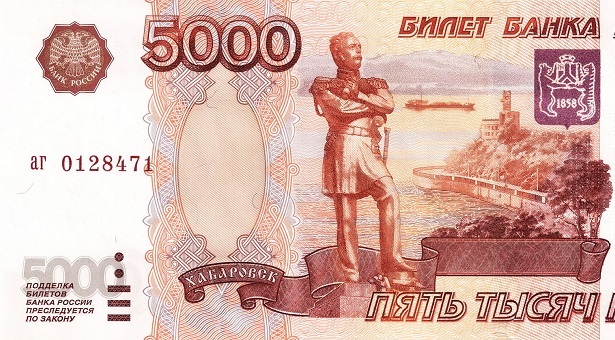 How Russia's currency depreciation could impact the Chinese market

With falling home prices and slowing growth, Beijing already has plenty on its plate. Such challenges are now fueling concerns about how the current Russian currency turmoil will impact the world’s second largest economy, and vice-versa. Thus far China has only suggested that it would be willing to help if problems persisted without giving any clear details on what that would entail. Whatever that ends up signifying—if anything—the two countries’ economies are interdependent enough to warrant a closer look at their trade and trade agreements.

Trade between the two countries has been on the rise in recent years, weighing in at nearly US$89 billion in 2013, and is expected to reach US$100 billion either this year or in 2015. In fact, China is Russia’s second largest trading partner after the European Union, and is the strongest single trading partner with the former Soviet Union. By comparison, trade turnover between Russia and the U.S. was just US$38.1 billion in 2013; with Japan it was US$32 billion in 2012. The main imports China buys from Russia are raw materials including oil, gas and timber. Trade in the other direction consists mainly of consumer goods.

Globally, there is some comfort to be found in the fact that Russia only accounts for 2.7% of world GDP. Even so, the crisis will likely spill over into other countries, and could indirectly trigger events in other economies. An editorial in the Global Times’ Chinese Edition suggested that bilateral trade between China and Russia would fall in the short term. Xie Yaxuan, Head of Macroeconomic Research at China Merchant Securities, told China Daily that the panic sentiment will ‘inevitably spread’ and may cause capital outflow from emerging markets. Zhang Ming, Deputy Director of the International Finance Institute at the Chinese Academy of Social Sciences, said in a report last Wednesday that it may cause a “slowdown in the opening-up of China’s capital account and restraint on its rate cut”.

This could put more unwelcome strain on the Chinese economy as an investment drought parches financial markets, excepting the recent flood of retail investors aiming to capitalize on Shanghai’s over-saturated bourse. In the Hong Kong dim sum market last week, yuan-denominated debts fell to their lowest level in 15 months and Thailand’s 5-year government bonds yields spiked the most in 10 months.

Chinese businesses are also at risk amid the ruble collapse. In particular, local small and medium-sized businesses could “suffer badly” in terms of border trade according to Tian Chunsheng, a researcher in Sino-Russian studies at the Chinese Academy of Social Sciences. Pearl River Delta factories are also bracing for a possible hit, expecting lower demand for the region’s main exports of telecoms equipment, toys and computers.

But the most tangible impact thus far for China has come from the auto sector: Geely Automotive announced last week that its full-year profit could fall by half from 2013 thanks in part to the ruble’s depreciation. Shenzhen automaker BYD saw its shares suddenly plunge 47% last week, but while local news reports in Hong Kong suggested the company was under financial stress because of the ruble, in reality BYD has little exposure to the Russian market.

Beijing has closely monitored these events. Spokesperson for the Chinese Foreign Ministry Spokesperson Qin Gang dismissed concerns on Thursday, describing the turmoil as “temporary difficulties”. More ambiguously, the head of policy and regulations for the State Administration of Foreign Exchange (SAFE), Wang Yungui, told a news conference that the impact on China was “unclear yet”, but encouraged companies to hedge ruble risks.

There is a chance that Russia will fall back on its RMB150 billion currency swap agreement if the ruble continues to fall. If this does occur it would be the first time China has been asked to use its own currency to bail out another currency. The swap agreement enables the countries to buy the yuan and ruble directly in the two currencies rather than via the US dollar, and can provide liquidity support. In a more general sense, Chinese Minister of Commerce Gao Hucheng called for increased use of the yuan with Russia in the future to ensure safe and reliable trade.

Given that China is so dependent on Russia for raw materials, these latest developments could call the former’s energy security into question. The two countries signed a landmark $400 billion gas deal in November, but the drop in oil prices and the ruble’s depreciation raise serious doubts as to whether Russia will deliver on the promises it has made. Energy giants in Russia are being stretched very thin at the moment, with Gazprom recently backing away from plans to export liquefied natural gas (LNG) to China and other Asian markets.

Moreover, in spite of China’s need for Russian energy resources, the former appears reluctant to accept further exposure to financial risk. Gazprom CEO Alexei Miller last month announced that it had failed to secure an expected US$25 billion prepayment for gas deliveries under a deal signed with China National Petroleum Corp. (CNPC) in May, leaving the company to finance the costs of field development and its Power of Siberia pipeline to eastern China. ♦