Home Agriculture PBOC must continue to push credit to farmers 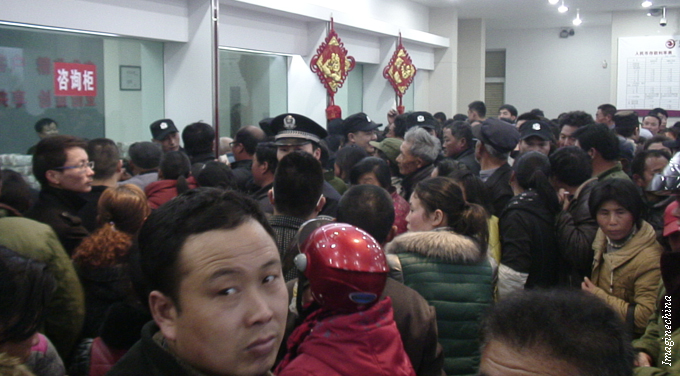 PBOC must continue to push credit to farmers

When the central bank said last month that it would lower the reserve requirement ratio for rural commercial banks and rural cooperative banks, investors sighed with relief. This was surely a signal, they thought, that a cut to RRR at state banks and national commercial banks was imminent, a move that would promote more spending and faster growth at a time when both are slowing. Investors hardly cared that farmers might get easier access to loans to buy more fertilizer – let alone houses and cars.

The across-the-board cut to RRR hasn’t materialized, however. And the hope that a boost in lending at big banks is the answer to China’s short-term GDP slowdown is misguided. As China fine tunes its pace of growth in 2014, policymakers are showing determination in reining in rampant credit expansion to the biggest players in the economy. In the meantime, they are also extending a hand to a demographic long neglected by financial institutions: The rural masses.

The China Rural Household Finance Report for 2014, the release of which followed a few days after the cut to rural RRR, showed just how underserved the countryside is in terms of financial services. As little as 27% of demand for loans from China’s rural dwellers is met, compared to more than 40% for their urban counterparts, according to the report. Roughly half of China’s urban demand for loans for homes is met; only a quarter of rural homebuyers get access to such credit. Rural motorists fare a bit better, getting nearly half of the auto loans they apply for. Urban drivers get more than 60%.

Beijing may seem distant to rural people at the fringes of Chinese society yet the central government is keenly aware of the importance in boosting financial support to this segment of society. After all, slightly less than half of the entire population of China, or about 650 million people, live in the countryside. The rate of urbanization has also slowed considerably during the past 10 years, meaning that many among this often-marginalized group, including the young, will remain on the farm. These people will need credit to develop the land on which they were born.

Cutting the RRR could help boost overall access to credit in rural areas where there is a pressing need to bring lending institutions closer to farmers. According to the report, the ratio of banks to villages is just 0.7 while almost two-thirds of villages don’t even have a bank nearby.

Work on expanding China’s rural banking network to reach new borrowers is already underway. Last July, the State Council said it would open the lowest tier of its banking sector to private investment.

Rural banks got a jump start in 2006 when private capital was first allowed to enter the sector. The government hoped more than 1,000 rural banks would pop up across the country within a few years. The industry, though, has been plagued with problems since then. Analysts noted last July that a second injection of private capital could boost management but the primary goal was to reach more capital-starved customers.

The central government should speed up support for this effort. At around the same time the State Council declared rural banks open to more private capital, another finance experiment had just launched: Yu’ebao, an internet finance fund operated by internet giant Alibaba Group. That’s cleared the way for a surge in online finance including peer-to-peer lending. Although rural folk have been slow to pick up on internet finance, some Chinese media reports show the take-up is quickening.

If banks can’t reach the rural masses, someone will. Perhaps the most successful party in lending to farmers is other farmers, albeit richer ones. Only 14% of rural lending is done by formal financial institutions, the rural finance report showed. The rest is done informally through unregistered lending houses or simply rich businesspeople. It’s largely unregulated and many of the loans carry interest rates far higher than standard bank rates.

In this sense, feeding more credit to the masses is a matter of social stability. The last state in which Beijing wants to find its 650 million rural dwellers is a highly leveraged one.