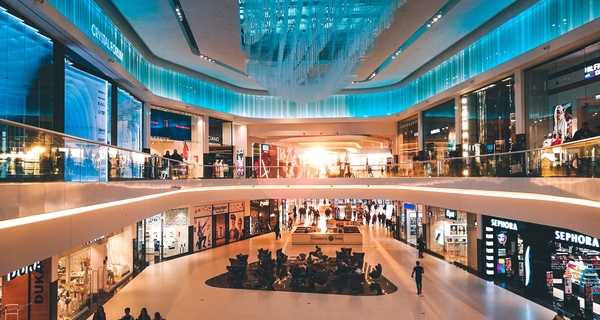 Any foreigner trying to navigate Taobao for the first time will agree that online retail in China is a world of its own.

Where technologies such as mobile payments and live-streaming shopping are still finding their feet in Western markets, they have become integral to the Chinese shopping experience. Social media platforms are tightly interwoven with money transfers, advertising, coupon providers, and delivery services, creating a network of services that the customer can access with a few taps of their thumb.

What’s more exciting is that China’s retail industry is on the verge of its most ambitious transformation yet. CEO of Alibaba and international poster boy for Chinese e-commerce Jack Ma has encapsulated his vision for the future of the market in the term ‘new retail’, marked by highly-personalised customer servicing and the use of ultramodern technologies such as AI and facial recognition. The goal: leverage China’s tech-savvy consumer base to revolutionise how we shop.

Ashley Dudarenok is helping companies tap into the quirks of China’s retail. Through ventures such as her digital marketing agency Alarice International, strategy and training agency ChoZan and her AshleyTalks podcast, Dudarenok teaches bosses and entrepreneurs that deftness with WeChat and Alipay are not just important, but essential for success in the world’s largest consumer market. With China rewriting the rulebook, now more than ever companies must get online to stay in the game.

In a conversation with China Economic Review, we asked Ashley about what she thinks companies need to consider in China’s dynamic retail environment.

CER: How large is China’s e-commerce market at this point compared to the more traditional distribution channels?

A: Traditional retail is still the biggest retail channel in China, but this is changing rapidly. When we talk about e-commerce and offline retail, what is happening is that people don’t want to migrate either to one or the other, but instead radiate into the middle ground – the ‘new retail’ experience. That shift happens one the one hand because of the tastes of the consumer, but also the competitive drive from Alibaba and Tencent.

How big is e-commerce itself? It’s big, but I’d say more important is mobile commerce. Last year, mobile commerce overtook e-commerce in terms of number of purchases made in China, but both are still smaller than offline channels. The key is that new retail is going to merge the online and offline into one ecosystem. We will not see offline stores disappear, certainly not. Instead we are about to see the evolution of these brick-and-mortar stores into the ‘new retail’ experience. I don’t believe employees are going to disappear from grocery stores or coffee shops, for instance, as people all seem to imagine when they picture the future of Chinese retail, they’re just going to be doing different jobs. They won’t be changing the price tags but entertaining us in the store in some way.

Lots of people still misunderstand e-commerce and think it is omnichannel, with a company present across the spectrum, from mobiles to websites to stores. In reality, new retail is all about putting the consumers at the top and creating a huge data pool around their shopping trends – where, how, and what do they buy. From this, retailers both online and offline, distributors, suppliers etc. plug in and communicate with each other to optimally serve that individual. That’s the uniqueness of this experience.

So we shouldn’t ask how big is e-commerce now, but how big will it be in three years.

CER: You make the distinction between e-commerce and mobile commerce. Are they not just variations of the same thing?

A: In China there is a huge difference. E-commerce is the traditional desktop ordering platforms such as Taobao. Mobile commerce is accessible by apps that often do not have a popular desktop version, like WeChat or some live-streaming platforms. This ability to use a phone to quickly complete the entire transaction is the main idea, and it is a huge business in China.

CER: Why do you think online retail and mobile payments are so much more popular in China than in other parts of the world?

A: There are many factors, the first probably being privacy. Westerners are very paranoid about privacy, but the Chinese just have a completely different approach to personal information. Just having a WeChat account, for example, basically requires uploading a passport – imagine how many users would flee Facebook if they started asking for such details. I think Western consumers tend to think beyond just convenience and are sceptical of how retailers might abuse any information provided. In China, there is less fear of being harassed or spammed, but instead giving out more info may just lead to better service. Take WeChat again: they do not allow many types of advertising or spamming etc., and really do focus on quality of service for the user over quantity of payments generated. Its users are at the centre of things, and users themselves know that if they give WeChat their bank info and other data, when they step out of their house later they will get a notification about a discount on their favourite coffee at a Starbucks they are about to walk past.

A second is the integration of technology and society. The technology in the West just isn’t there. But in China the speed at which people adopt new ideas is rapid. Grandmas and grandpas are using mobile payment and shopping apps to guide their daily lives, but in Europe and the US people of that generation would most likely need their sons and daughters’ help. This extends to companies too, which expand and develop so fast here. There is that saying: ‘perfect is not fast enough.’ Trial and error will push forward progress much faster than a perhaps more mature approach of Western companies to achieve perfection before moving on to the next stage. This cautiousness and adherence to procedure is exactly why many foreign retail brands are suffering in China – they just can’t keep up with the locals.

CER: Let’s focus on the companies themselves then. How are foreign retail brands competing with the homegrown players?

A: It depends on the market segment. International B2B (business-to-business) firms just don’t have a clue what to do in China. FMCG brands are also losing market share year on year.

Luxury brands, on the other hand, have retained their prestige for historical reasons, it has nothing to do with their adoption of technology. They are certainly going through a digital transformation right now, but they can afford to go a bit slower for this reason. They don’t have to worry about local firms beating them in terms of quality or image. Furthermore, luxury brands’ core Chinese consumer base is around the 35+ age group, which still has an affinity for traditional retail practices.

But make no mistake, they want in on China and know a special approach is needed. A common strategy for a luxury group is to pick a single brand and digitalise it for the Chinese market, and if it works apply it to the other brands.

CER: Lastly, what effects do you think there will be on businesses from Beijing’s increasing oversight of industries like mobile payments and peer-to-peer lending?

A: Beijing is getting concerned with the amount of money flowing around in blockchain, cryptocurrencies and individual lending, but let’s remember China’s general policy: if it’s not forbidden, it’s allowed. So in the short term, until there are acute changes in policy, companies will keep doing what they’re doing.

There will be more regulation in the long term, however, and an adjustment period will be necessary for retail companies. But I think once this is over it will be good for the industry. Are some brands going to be hit? Yes. But once the playbook is laid out, once firms know what they can and can’t do, companies can start setting up a solid, long-term infrastructure.

Ashley Galina Dudarenok is an entrepreneur, professional speaker, and vlogger. She runs the world’s largest vlog about China market, consumers and social media on YouTube @AshleyTalksChina. Her latest bestseller “Unlocking the World’s Largest E-Market: A Guide to Selling on Chinese Social Media” is available on Amazon. AshleyTalks Podcast is now on iTunes.