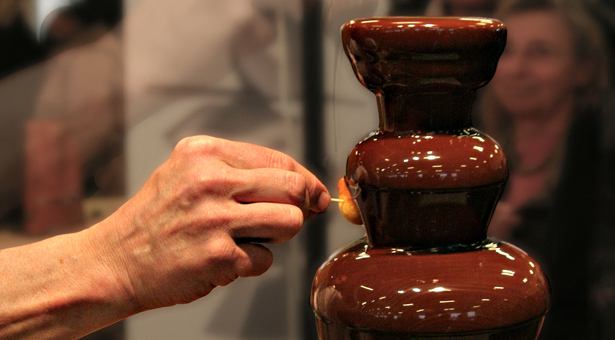 Online shopping traditionally stops at the border. Amazon has localized sites for individual countries, while Alibaba’s Taobao and Tmall are largely limited to China.

But an increasing number of online shoppers are looking to buy items from overseas, according to Alan Tien, general manager of PayPal China. The company’s mainland business has seen cross-border transactions expand rapidly. Now, roughly 25% of PayPal’s global payment volume is cross-border, with greater China being a major contributor.

The road toward borderless e-commerce has its challenges. China’s small and medium-sized enterprises (SMEs) must first work to gain the trust of overseas buyers, find local partners and protect themselves against fraud. Tien spoke with China Economic Review about how PayPal has helped small companies tackle these difficulties and what foreign companies should expect from a coming wave of Chinese buyers.

What trends do you see in Chinese e-commerce and cross-border transactions?

E-commerce is exploding in China. It’s now the number two e-commerce market in the world. According to iResearch, it was worth RMB282.2 billion (US$44.53 billion) in the first quarter of 2012. With regards to our cross-border business, we are targeting the 5 million export-focused SMEs in China, which represent a large percentage of the country’s total foreign trade. We’re trying to help these SMEs grow their business, which is right in line with China’s five-year plan to double the value of e-commerce.

What are some examples of a Chinese SME selling internationally?

One example is a man named Yang Chongchuang who started manufacturing chocolate fountains, the ones you find at buffets. He started with RMB500 (US$78.90), created his own website and proceeded to add PayPal because he realized foreigners accepted it. Another example is a small online travel agency called chinatour.net. A couple of years ago they started accepting credit cards on their website but got hit by massive fraud attacks forcing them to shut down their international business. When they realized that many foreigners traveling to China are more willing to pay a premium than domestic travelers, they decided to try again, and this time with PayPal.

What are some challenges these export-focused customers face?

If an SME decides to sell directly to international consumers, it’s actually very difficult because you have to have a foreign website, you have to do internet marketing in a foreign country, you have to work with a logistics company that ships internationally and then figure out customs, taxes and duties. The challenges of a cross-border e-commerce business are probably 10 times that of a domestic e-commerce. We help our merchants get online and sell, whether it’s on eBay or on their own websites. We introduce them to marketing agencies and logistics companies. So even though PayPal is known as a payment company, in China we do what we call a one-stop solution where we’re packaging the various pieces needed to do e-commerce in one simple place. We don’t make any money unless there’s a transaction.

Are Chinese SMEs only focusing on US and European markets?

If you’re an SME, the first market you should go for are the large mature markets: the US, Canada, Europe. Chinese entrepreneurs are starting to realize that those markets are a little saturated, and of course their economies are slowing down. They’re finding the emerging economies are doing great, so they start trying out some of these other markets. In the first quarter of 2012, the total payment volume of our China cross-border business in Israel grew at 108%, Russia at 102% and Brazil at 58% during the first half. These are eye-popping numbers when overall exports are actually decreasing.

Has PayPal felt any ripple effects from the slowdown in the Chinese economy?

Since PayPal is focused on the cross-border business, it’s taking advantage of Chinese selling to other markets abroad. Although China’s export market has slowed down, which does not bode well for overall exports, online e-commerce exports have actually continued to grow. When the global economy becomes shaky, people start backing off buying expensive branded items and start looking for deals online.

China’s mobile e-commerce market is estimated to have grown by more than 400% last year. Does PayPal have any plans to pursue mobile purchases?

Our strategy will certainly encompass this as mobile e-commerce is growing at leaps and bounds, much more than anyone expected even a few years ago. Our CEO, John Donahoe, keeps talking about the blurring of the lines in e-commerce and payments, brought about primarily by smartphones. Maybe 70% of all transactions have some sort of influence online. So even if I bought something in the store, I might have researched where the store was online, or I might have looked at the price online. No longer is there a really sharp line between online, mobile and offline. What the PayPal office in China is doing is helping to mobilize SMEs’ websites. Their websites are made to fit phone screens, and, instead of having to enter 14 fields to make the transaction on a puny screen, you just log into PayPal and click okay. So the bounce rate, where users try to make a transaction and give up, goes from a horrendous 90% to a very reasonable 20-30%, which is much more in line with online e-commerce transactions.

What do you foresee as the future of PayPal in China?

First, I think we’ll continue to push our competitive advantage for cross-border exports and try to bring this great opportunity to the 5 million SMEs involved in export. Second, the large merchants in China – the well known ones such as eLong, Ctrip, RenRen and 360buy – they all use PayPal today for their overseas transactions. And what you’re starting to see is that some of the SOEs are starting to think, “Maybe I need to expand out of my domestic market, and maybe I need to go online and add another channel.” Then of course we see a very interesting trend with digital goods, which of course do not need the difficult shipping and logistics. These large gaming companies, like NetEase and Shanda, they start seeing competition domestically rising, and they think, “How can I localize my product for the international markets? How do I get Americans to play my game?”