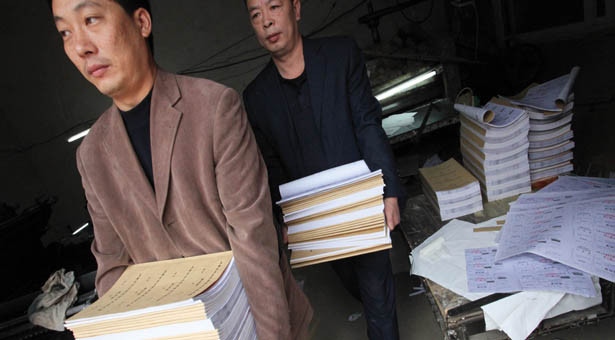 Like many Western investors in China, consultant Michael Johnson had an “eye-opening experience” advising a large US company in its acquisition of a smaller industrial technology firm in China. The managing partner at ChinaBridge Advisors initially thought the Chinese company seemed like the perfect target, with a good business model, up-to-date technology and competent staff.

As the deal progressed, however, Johnson learned that the target, a former state enterprise, had plenty of hidden baggage. Its corporate structure was complex and unwieldy, and management kept multiple sets of accounting books (probably to dodge taxes). The US company had a hard time understanding the company’s financials, much less independently verifying them.

The deal eventually fell through, partly out of concern that management would have difficulty justifying a valuation based on unofficial records to shareholders back in the US. The example goes some way toward explaining why the interpersonal relationship – so-called guanxi – is pivotal to business in China.

“It has to be,” said Johnson. “In the US, the predictability of enforcement of rules allows for a comfort of doing transactions even when you don’t have a deep relationship or trust with the other party.” In other words, prospective investors in China need to do their own homework to know who they’re doing business with.

Unfortunately, many foreign companies don’t have the time or resources to build intimate relationships halfway around the world. “There’s a huge time factor,” according to a Shanghai-based Western consultant who advises private equity firms. “Some [private equity] investors take so much time poking around a Chinese company, it’s snapped up by someone else before they finish.”

Instead foreign companies turn to China’s booming due diligence industry to vet potential partners. These investigators – including large global firms like Control Risks, Kroll and Nardello and Co, as well as a host of smaller companies – are contracted to assess Chinese companies before a takeover or spot fraud in the Chinese operations of Western multinationals.

Such tasks are normally the job of audit firms, but due diligence experts insist that auditors in China are inexperienced and out-matched by local fraudsters. “They’re number crunchers – they want to match numbers,” said Peter Humphrey, Beijing-based managing director of ChinaWhys, a risk consultancy. “They don’t notice the two Ferraris parked at the door when they come in for the audit.”

Due diligence experts use many tools to investigate operations for signs of fraud and corruption, including verifying invoices and interviewing former employees. The most common method, however, seems to be acquiring corporate information from the local bureaus of the Administration of Industry and Commerce (AIC). Technically, only Chinese lawyers, police and other government officials are allowed access these files, which contain information on corporate addresses, registered capital, shareholders and so on. However, many due diligence insiders say the information is readily available through back channels for a price.

At least, it was until recently. Local AIC bureaus in Shandong, Tianjin and Beijing have officially introduced rules that will bar such information without a written request from the company under investigation. Unofficially, industry insiders say that the availability of AIC files has plummeted even through back channels, and in some cases dried up completely.

Why the abrupt change? One theory is that the AIC’s screws have been gradually tightening since the high-profile accounting blowups of some Chinese companies listed abroad last year, most notably Sino-Forest and Longtop. The scandals embarrassed Chinese trade officials and diplomats, who plugged the AIC leaks to avoid a repeat.

A competing theory is that the clampdown is related to a recent probe into Dun & Bradstreet, an American business information firm which is alleged to have acquired and sold private information on Chinese individuals and companies. The firm is now under investigation by the US Securities and Exchange Commission for a possible violation of the Foreign Corrupt Practices Act.

Others, however, point to a more immediate cause. On April 14, Bloomberg published a damning account of the family wealth of former Politburo member Bo Xilai and his wife Gu Kailai, tracing the many conglomerates, family pseudonyms and shell companies of the disgraced couple. Much of the information Bloomberg reported is thought to have been acquired from the AIC. “Everyone [in the Chinese Communist Party] is now scared the same could happen to them – if they could do it to Gu Kailai, they could do it to anyone,” said one due diligence expert.

Whatever the reason for the changes, they could have wide ramifications for foreign investors. Corporate filings are often the only “smoking gun” which foreign companies can use to prosecute wrongdoers.