Home Business Stir it up 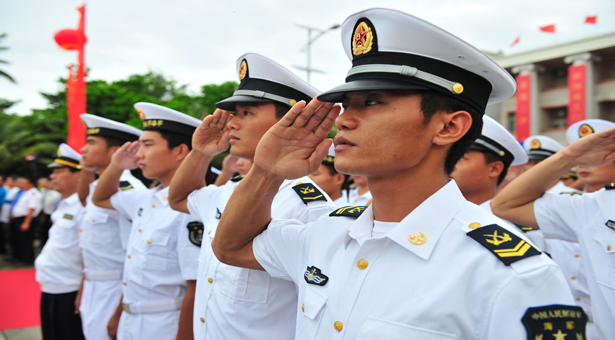 Island living is generally a peaceful affair. The 613 official Chinese residents of Sansha city in the middle of the South China Sea are mostly career fishermen, leading simple but slowly modernizing lives.

In July, the city received what was surely the biggest news in decades: Beijing named Sansha as the administrative center overseeing the Spratly and Paracel islands and surrounding waters. The election of the island’s first municipal congress came with plans for a new military garrison on the island, embroiling regional tensions. Vietnam and the Philippines, which both claim areas over which Beijing gave Sansha power, denounced the decision.

But Beijing’s strong rhetoric and new military garrison may simply be a feint aimed at deterring Vietnam and the Philippines from asserting more influence in the region. Beijing’s central policy toward the sea is to delay any major changes in the status quo, according to Massachusetts Institute of Technology associate professor Taylor Fravel, who specializes in China’s territorial disputes.

As several analysts put it, Beijing is following Deng Xiaoping’s recommendation that China “hide your brightness, bide your time,” in hopes that its next generation of leaders will be in a better position to resolve the conflict.

China is likely to seek to maintain the status quo in the South China Sea throughout its once-in-a-decade leadership transition, in which the vast majority of government offices are handed off to new leadership, said Jennifer Richmond, China director at strategic analysis firm Stratfor.

Beijing’s top priority during the transition is maintaining stability. But even after the transition, new leadership is unlikely to change its policy toward the sea, she said.

Beijing treats territorial claims – such as Tibet or Taiwan – as central to national identity, and the South China Sea is viewed in a similar light. Because the presumed next president, Xi Jinping, will need to consolidate his power after the transition, he will be unlikely to risk appearing weak by taking a more conciliatory stance.

“If [Xi] is seen as being soft on the South China Sea then his legitimacy and his ability to maintain control would potentially take a nose dive,” Richmond said.

But central government policy may not be enough to avert conflict in the South China Sea. A common myth about China is that Beijing’s authority is highly consolidated and absolute, with all lower levels of government falling in line. In reality, a multitude of lower-level agencies have broad leeway to act independently in the South China Sea. Chinese foreign policy watchers refer to this issue as “nine dragons stirring up the sea,” a reference to a Chinese legend commonly depicted in classical art.

These actors actually outnumber the dragons in the myth, according to an International Crisis Group report. They include the Bureau of Fisheries Administration, China Marine Surveillance, the provincial governments of Hainan, Guangxi and Guangdong, the PLA navy, the foreign ministry, coast guard, energy companies and others. Beijing has avoided explicitly defining the similarly numbered nine-dashed line – which outlines a wide swathe of ocean as part of China without detailing what rights are claimed to the area –  leaving many agencies unsure of what they are supposed to defend. In addition, the Foreign Ministry lacks the clear authority to rein in many of the agencies.

If a run-in between fishermen and patrol boats of rival nations were to turn violent, an agency such as the China Fisheries Law Enforcement Command responding to the situation could act aggressively in the name of defending Chinese claims. The lack of a unified government structure for dealing with such incidents means that the situation could rapidly escalate before the central government steps in.

In such a situation, those in the government who favor a more forceful approach – not uncommon among the military elite and ambitious politicians who wish to appear strong to shore up support – could appeal to nationalist sentiments to push their case.

One example of this dynamic was the government’s tacit approval of anti-Japanese sentiment in 2005, when Japan sought to gain a seat on the UN Security Council. Chinese state media published inflammatory articles on the subject that helped protests spiral out of control and turn violent.

Even leaders with more moderate viewpoints may feel pressured to adopt a more hard-line approach; once mobilized, mass protests can quickly turn against dissenting politicians. The upshot is that Beijing could be dragged into a conflict in the South China Sea, regardless of its wishes.

“[Nationalism] can push politicians and militaries to do things that they may not necessarily want to do,” said Michael Auslin, an Asia scholar at the American Enterprise Institute in Washington, DC. “Suddenly they say, ‘We’re sort of in this, we’ve got no choice.