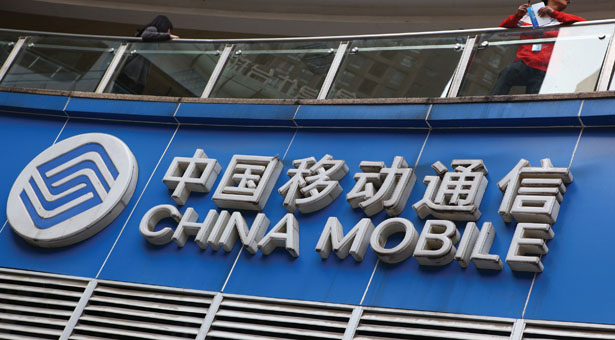 In a David and Goliath story, the giant is not supposed to win. But such is the case for China Mobile. After a few years of weak performance, the country’s largest mobile carrier is on the verge of a technological breakthrough that will cement its status as China’s wireless king.

As in the Biblical tale, a higher power plays a role in the mobile melee: namely, the government. The three largest mobile providers – China Mobile, China Unicom and China Telecom – have largely played the hands the government dealt them in the only way they could.

China Mobile is by far the country’s largest carrier with 655.4 million mobile users, more than triple Unicom’s user base. That’s mostly because the government mandates that China Mobile cover rural areas, a standard to which China Unicom or China Telecom are not held. These rural mass market users are not very profitable; instead about 80% of China Mobile’s profits comes from the 20% of customers at the top end who use more expensive data services.

Because of its huge user base, China Mobile has become a guinea pig for government policy. When awarding 3G permits in 2009, the Ministry of Industry and Information Technology tasked China Mobile with building a TD-SCDMA network, a 3G standard developed in China and not used elsewhere in the world. The goal was clear: Establishing an alternative global wireless technology that could generate revenue for China in the form of patent fees.

China’s second- and third-largest mobile carriers were spared from this policy objective. China Unicom received a permit to establish a WCDMA network, the prevailing Western standard. China Telecom was granted rights to CDMA2000, used to some degree in 122 countries including by a few US carriers.

WCDMA and CDMA2000 had already been adopted internationally, so they were compatible with the latest smartphones. In contrast, China Mobile’s country-specific network required country-specific phones. This category has so far excluded the iPhone and other popular foreign models.

China Unicom and China Telecom always had little hope of surpassing China Mobile in terms of users. But the underdogs were given an upper hand in offering top-of-the-line smartphones. This should have allowed them to beat China Mobile in the race for the country’s most profitable customers, those who use smartphones.

There are several reasons for this trend: Mobile users cannot transfer phone numbers when switching service providers, which likely helped to limit defections from China Mobile. China Mobile subscribers who did not want to switch providers could also still use the iPhone on the company’s slower 2G network.

China Mobile held the line against Unicom and Telecom long enough for its technology to catch up. Qualcomm, the world’s largest mobile chip maker, delivered its first next-generation chips earlier this year that are compatible with the TD-SCDMA network. Analysts expect these chips to be incorporated into the iPhone 5. That may clear the way for China Mobile to offer the handset as soon as this fall, when several analysts predict the iPhone 5 will be launched (Apple has not confirmed a date).

China Mobile will gain an even bigger edge when 4G networks are introduced. The Qualcomm chipsets that are expected to be included in the iPhone 5 are also compatible with China Mobile’s country-specific 4G system.

With the latest smartphones in hand, China Mobile will see double-digit revenue growth when the system is launched, according to analysts at HSBC. That could happen any time from later this year to 2014. But as it showed with TD-SCDMA, China Mobile can afford to wait.