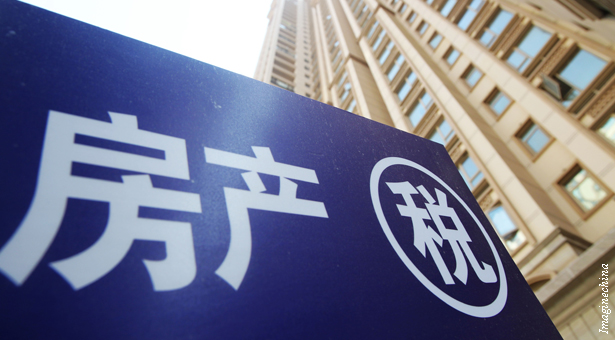 Preparing to survive an apocalypse is not an easy task. US survivalists, known to each other as “preppers,” stockpile food, water, seeds and munitions in clandestine underground bunkers, designed as strongholds against doomsday annihilation and the subsequent inhospitable world.

Vanke, a Chinese real estate company, has been less outré in its preparations for a dismal future, but no less systematic. China’s largest property developer is taking preventative measures to guard against Beijing’s possible clampdown this year on rising property prices.

Although the Chinese real estate market will remain Vanke’s focus, its investments abroad will widen its sources of profit to those outside of Beijing’s regulatory control. By tapping other property markets and foreign sources of finance, Vanke is hedging against a lukewarm Chinese real estate environment and preparing new platforms for longer-term future growth.

After several years of only modest growth, China’s property prices have again crept skyward in the last few months. The nation’s 100 biggest cities recorded their eighth consecutive month of gains in average home prices in January. Prices ticked up 1% from a month earlier, quickening from December’s 0.2% rise.

Following this rise, Beijing has re-affirmed its intention to restrain price growth – a continuation of an overarching policy adopted in 2010 to prevent a property bubble.

These measures seem likely to dent sales for all Chinese property developers. As the market leaders, however, Vanke is ahead of the pack in its performance, as well as its preparations for a less favorable market. The firm reported a 43.7% increase in revenue year-on-year in 2012, with a 30.4% year-on-year rise in net profit to US$2.01 billion.

The company’s share price has reflected the firm’s success, with its stock hitting a seven–and-a-half-month high in January. All eleven analysts surveyed by Reuters at the end of February rated the firm’s stock as worthy of buying or likely to outperform.

Vanke’s success has given it ample funds to finance its expansion abroad. In May, the company acquired Hong Kong developer Vanke Property (Overseas), previously known as Windsor Properties. Shortly after, China Vanke won a US$442 million bid for a site in the city, marking its first non-mainland development.

In February, the company announced plans to build a luxury condominium in San Francisco with US firm Tishman Speyer Properties, its first foray outside Asia.

Another sign that Vanke is looking to harness resources abroad are its plans,announced in February, to convert its B shares, those that trade in the mainland but are denominated in a foreign currency, to Hong Kong exchange stock..

A Hong Kong listing will help Vanke access cheaper loans as the special administrative region has a more competitive market for financing. Vanke is currently paying 9-10% interest on its loans, but the conversion should lower this rate to 6- 7% in three years – potentially saving the firm US$240.35 million, Citibank analysts wrote in a January 21 report.

These cheaper loans via Hong Kong will give the company an advantage in competing with other private mainland firms with higher financing costs. In addition Vanke will also more easily hold the line against state-owned rivals that have preferential access to mainland bank loans.

In terms of land purchased in China proper, Vanke is well-positioned vis-à-vis smaller rivals on the mainland. Vanke acquired 45 plots in 2012 for a total land area of 66 million square meters, while rival Poly Properties bought 20 in the same period to bring its total land bank to 38 million square meters, according to a Goldman Sachs report published on December 4. These assets secure Vanke’s longer-term sales and insulates against more severe clampdowns beyond this year.

It’s not yet clear what property measures Beijing may introduce this year. But analysts warn that the uptick in home prices in January could cause the government clampdown to be more severe than expected.

Vanke may not have an underground survivalist bunker, but it is laying the foundations above ground for foreign development. This, together with its reduced costs of financing, makes it among the best prepared Chinese developers to survive a real estate crisis.