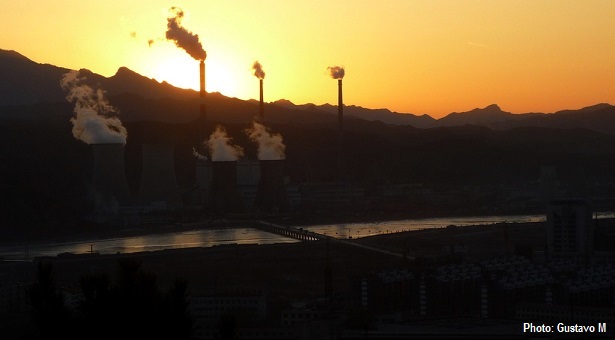 Since China’s new environmental law came into effect on January 1, the number of penalties imposed on domestic firms has shot through the roof. But a closer look at what kinds of cases occur where reveals more about which local governments are really getting serious about responsible business.

Guo Peiyuan, co-founder and general manager of corporate social responsibility (CSR) consulting firm SynTao, told a private audience at the American Chamber of Commerce last week that while energy-focused inland provinces like Henan, Inner Mongolia, Shandong and Xinjiang had seen the most fines imposed, it was coastal Zhejiang where they should keep an eye trained. There and in other more developed provinces, local governments care less about fees, and the companies can afford to pay them anyway.

Instead, Guo said, local authorities with the political will can simply shut down plants or factories. He suggested firms with suppliers and plants in Zhejiang vet their local partners thoroughly.

Such ratcheting up of scrutiny – spurred in no small part by Chinese citizens’ growing awareness of environmental degradation at the local and sometimes even national level – suggests that corporate social responsibility and green finance have a shot at success in China, but industry sources say they will not thrive without serious pressure from the central government. The intensity of environmental law enforcement in the coming years and prevalence of independently vetted annual reports published by Chinese companies, particularly banks, will serve as some of the best indicators of whether the government truly wants to force domestic firms to own up to their own impact on the Chinese public and environment.

Judgment Day may come soonest of all for Chinese companies listed in Hong Kong, as Guo said some of the voluntary CSR reporting guidelines issued by that exchange may not remain optional for long. “It’s quite likely that at the end of this year, some of the disclosure items in the [guidelines] will become compulsory,” he said.

While multinational companies with a presence in China have decades of experience dealing with CSR demands, the concept did not make it to the national stage in China until 2008. That year, the Chinese Academy of Social Sciences published corporate social responsibility reporting guidelines and the State-owned Assets Supervision and Administration Commission (SASAC) called on central-level state-owned enterprises (SOEs) such as China Mobile, Petro China and Cofco to be more responsible. In response, many began publishing CSR reports and developing CSR strategies. A limited number have even been picked for inclusion in major global sustainability stock indices like the Dow Jones Sustainability Index.

Independent studies have shown such firms remain the exception in China. Research by Chris Marquis of the Harvard Business School and Yang Chen at Shanghai Maritime University found that while CSR policy in China had led to an increase in companies issuing CSR reports, this did not in turn produce better behavior due to high monitoring costs that precluded close supervision and verification. Marquis and Chen found that only firms that were monitored ultimately implemented substantive reporting, and statistics gathered in recent years suggest most Chinese businesses aren’t willing to submit to independent evaluation.

Calculations based on figures from SynTao’s latest periodic overviews of CSR report publication in mainland China show that 294 fewer businesses put out reports in 2014 compared to the previous year. Reports published by mainland firms listed on the Shanghai and Shenzhen stock exchanges fell by about 14% and 17%, respectively, shrinking the total number of listed companies that put out a CSR report last year to just 609. This drop in the total number of Chinese firms publishing did nothing to boost verification: Only 62 of the total 1,210 reports published in 2014 were certified by an independent third party, for an independent evaluation rate of about 5.1%. That marked a drop from 5.5% in 2013.

John Pabon, manager of advisory services in Shanghai for global CSR nonprofit BSR, said that all SOEs were required by the government to publish their sustainability efforts in some way. “Typically it takes the form of a report, and the government will mandate by industry ‘OK, you need to tick these boxes, and we need to see this in your report’,” Pabon said. The actual content of these reports, such as emissions figures, pollution incidents or workplace accidents, are rarely followed up on. But, “[t]hat’s not the government’s issue. The government’s issue is that they want this report.”

That applies to most sectors, including banking, which in China has an outsize influence on financing compared to global markets, where firms are more likely to sell stocks or bonds to raise capital. That means decisions on whether major projects get funded fall to financial institutions that are reticent to do anything that might rock the boat and scare stakeholders whose chief concern is profit.

One useful indicator of financial institutions’ willingness to actively embrace sustainable investment is whether they agree to the United Nations’ voluntary Principles for Responsible Investment, which entail fully incorporating sustainable business practices and disclosure into both a business and the firms in which it invests. Currently only three mainland investment firms – Greenland Financial Holdings Group, JD Capital and Lunar Capital Management – have signed up. For reasons like this, Pabon said any greening of China’s major financial institutions would require a top-down, government push.

Pabon also explained that China’s increasingly complex financial sector may pose further hurdles to holding investors responsible for where their money ends up. When normal consumers shun traditional, low-interest savings accounts at banks for more profitable trusts products, for example, even a small sum can be sliced into countless slivers which can be used to help fund a variety of projects both green and brown.

Whichever firms the money goes to, proper disclosure remains a precondition to vetting them for best practices. Guo said that CSR reporting in China today was largely preventative, concerned with minimizing the potential cost of noncompliance. That failed to provide the foundational layer of information comprised of a business’s environmental and social impact. Without this foundation, a second, interpretive level at which judgment of a company’s social value can be made remains impossible, he said.

“The reality now is that it’s always good and it’s important to see the early movement for disclosure toward layer-one information,” Guo said. “But it’s far from enough, and at the same time, most of the traditional market players – particularly the financial analysts – they don’t care about this information because it’s not material enough.”

New players to the game

The new environmental law that went into effect on January 1 could potentially bring significant change to China’s CSR sphere by upsetting this status quo. Guo said the key p
roblem is that companies already know what to expect from regulators—i.e. lax enforcement of any laws that could pose a threat to economic growth. “The mouse already knows how the cat plays [the game],” he said.

The ability of some NGOs in China to sue polluters under the country’s new environmental law may be forcing firms to deal with another feline entirely. The first 100 days under the new policy regime saw four lawsuits from NGOs against polluters. That sounds low, but compared to the total of nine cases from 2009 to 2013, it’s litigation at a blitzkrieg speed.

One factor in this increase in lawsuits and regulatory penalties may be the Ministry of Environmental Protection’s new head, Chen Jining. The former Tsinghua University President with a doctorate in environmental science and engineering has his work cut out for him proving his ministry is no longer so far removed from the concerns of ordinary Chinese citizens as it was under his predecessor, Zhou Shengxian. (Zhou once told China Daily that it was “a disgraceful lifestyle to drive a BMW but have only dirty water to drink.”)

For many years, a lack of any consequences has kept most firms in China from bothering to match their real-world performance with what they put down on paper. The next few years will provide all the evidence needed to tell whether that wanton attitude will remain the norm, or if CSR reports will become Chinese firms’ first line of defense against intensifying scrutiny from the top. ♦