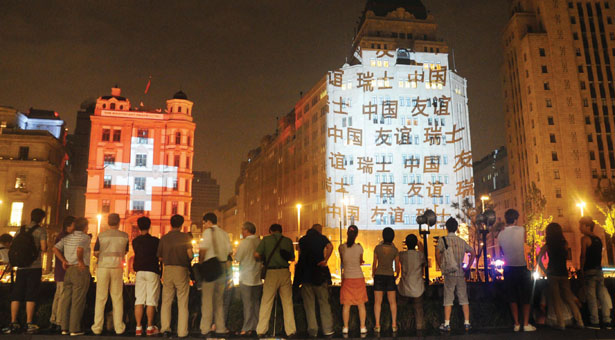 The current Swiss president and finance minster delivered on February 22 what could be the final blow to the secret, untaxed bank accounts that have been the country’s hallmark. The regulatory plan that Eveline Widmer-Schlumpf unveiled would help ensure that foreign account holders pay taxes in their home countries and accept the liability if they do not. Such a move would have been unthinkable just four years ago, but pressure from the US and European countries looks set to drive through the regulations, despite opposition from the financial sector.

The announcement may seem a world away from China, but it could change the way many rich Chinese invest. Due to strict controls on taking money out of China, major Chinese investments abroad are often done illicitly and may not qualify as “clean money” under Swiss regulations.

“It’s very difficult to predict what the future landscape of Switzerland is going to be,” said Yves Klein, a partner at Swiss law firm Monfrini, Crettol & Partners. Klein said the question is whether this transparency will extend only to depositors from certain countries – like the US, Germany, France and the UK – or to taxpayers around the world.

Because of the country’s predilection to secrecy, it is impossible to know how much Chinese money is under management in Switzerland. But industry watchers say a significant number of rich Chinese hold accounts in Switzerland.

Tracking outflows to Switzerland is also difficult, as strict capital controls often leave rich Chinese only illegal means to take money out of the country. Chinese are only allowed to transfer US$50,000 abroad each year. They can also make outbound investments with a Chinese bank licensed under the Qualified Domestic Institutional Investor (QDII) program, which gives some banks a license and quota to invest abroad. Individual Chinese investors can buy into related funds, but the program remains small and tightly controlled.

Despite these restrictions, there is evidence that money is flowing out of China, even if it is unclear where it is goes or how much is legal. A report issued late last year by the Hurun Research Institute and Bank of China indicates that about one-third of Chinese with over RMB10 million (US$1.58 million) have overseas investments, and another 30% are considering investing abroad in the next three years.

The reason many rich Chinese invest abroad is apparent: According to the Hurun and Bank of China report, nearly half said they wanted to move out of China to gain better education for their children, a higher standard of living and more security for their assets.

A rich Chinese person has a few illegal but safe options for moving money abroad. He or she could, for example, pay a fixer to sneak the money across the border into Hong Kong, or gamble on credit in Macau and cash out in foreign currency. Another common practice is overbilling for cross-border transactions, then pocketing the difference between the total paid and the total on the invoice once the money is out of the country.

After the money is abroad, the richest Chinese may be able to open an account directly in Switzerland; Swiss banks go out of their way to court the world’s wealthier investors, since the margins on their business are so high.

Smaller-scale investors, for example, those with only a few million US dollars, may be able to set up a Hong Kong account with a Swiss bank and then find a sympathetic banker to transfer it to a Switzerland-based account, said Rodrigue Sperisen, a partner at Swiss law firm Dumur & Sperisen.

“They shouldn’t accept to transfer the money to Switzerland [from Hong Kong], but I can’t tell you that they are not going to accept,” Sperisen said.

From Hong Kong, Chinese can transfer their money to any number of offshore jurisdictions, but Switzerland has a few points in its favor. The Swiss have effectively branded themselves as high quality in almost every respect, and the banking sector is associated with the prestige of wealthy Europeans. “For Chinese clients, [Swiss banking] is like Swiss watches, it’s something that works,” Sperisen said.

Some investors also appear to believe that Switzerland’s distance from China makes their money safer from Chinese authorities, although this is not entirely true. A Chinese investor who has illicitly taken money out of the country is likely to be violating tax law, since paying taxes on the resulting investments would require admitting to Chinese authorities that the money was illegally taken out of the country in the first place. That would effectively open up these investors to prosecution for tax evasion under existing treaties and international law.

So far, however, Chinese illegally investing abroad have been safe from prosecution. The majority of Beijing’s prosecutions have been individuals who evade taxes as part of a larger crime, such as embezzlement, said Klein of Monfrini, Crettol & Partners. The government appears to be more interested in making an example of these criminals than spending the resources to go after more run-of-the-mill tax evaders.

“The volume of tax evasion is so high that actually to go after tax evaders is going to be pretty tough,” said Richard Murphy, director of Tax Research, a UK research center that serves the non-profit sector. “Tax evasion per se is just too commonplace, they could foul up their entire legal system if they went against it.”

But pending regulations in Switzerland give Chinese tax evaders reason to worry. In 2008, the US launched a probe investigating whether the Swiss bank UBS had helped Americans sidestep tax laws (see box on page 44). The investigation later expanded to 11 banks, leading US authorities to push for a systemic solution.

This has forced the Swiss government to propose new rules for depositors from all countries, including China. Widmer-Schlumpf’s plan would ensure that all Swiss banks accept only “clean money” by requiring customers to declare in writing that they have complied with taxes in their home country. Banks would be required to do additional due diligence to help ensure this is the case. The government intends to issue full details on the plan in September.

Even without the clean money regulations, Switzerland is already seeing the effects of losing its ironclad reputation for banking privacy. In some cases, investors are moving their capital to other territories deemed more secretive, such as Singapore, Murphy said. Others are declaring the money in order to keep it in Switzerland, or returning the capital to their home countries, said Jeremy Sigee, a banking analyst at Barclays Capital.

Bereft of their historic claim to secrecy, Swiss banks are losing a segment of business that was “unbelievably profitable,” Sigee said. Swiss banking fees for the rich are essentially negotiable, with only a few people paying the high “sticker price” fees on accounts. Secretive account holders were the exception: Banks could charge big fees for these clients “because the customers were saving so much on tax, they didn’t care about paying a fairly fat fee,” Sigee said. Costs were also low because depositors, in the interest of secrecy, tended to be relatively inactive in managing their accounts.

Without the secretive account holder accepting the fees at face value, sticker prices will need to fall for Switzerland to remain competitive with other jurisdictions.

The new rules probably can be circumvented, but only for the wealthiest of investors. Bankers can set up c
omplicated structures involving, for example, trusts that circumvent taxes by transferring ownership to another individual. But this hassle will likely only be worth it for the few top clients.

The regulations could put an end to investments in Switzerland by Chinese who are not tax compliant. While some Chinese will probably falsely claim that they have paid taxes to continue investing in Switzerland, that may only delay the day of reckoning.

China will likely pursue tax evaders someday, given the incentives for doing so. An economic slowdown in China could push authorities to make up for other lost tax revenue by pursuing illegal capital outflows and tax evasion, as the US did following the financial crisis.

If China does decide to prosecute tax evaders, authorities would first need to rein in the huge amount of tax evasion that is taking place, or risk overloading the legal system with cases, Murphy said.

There are signs this is happening on a small scale. The State Administration of Taxation is cracking down on companies’ use of fake invoices to evade taxes. The State Administration of Foreign Exchange, the country’s forex regulator, is also cracking down on illegal cross-border currency trading, operations which likely go hand-in-hand with tax evasion. SAFE uncovered 10 illegal cross-border trading operations in southern China involving a total of US$1.58 billion in 2011. The year before, it announced that an initiative examining nearly 3.5 million cases of cross-border exchange had uncovered 190 cases suspected of violating regulations.

China’s next step in pursuing tax evaders is likely to be through domestic and international legal systems. China could use its economic clout to persuade the Swiss government to hand over information, just as the US did. “In due course and eventually, China is going to take this issue seriously and what [investors] are doing in tax havens will eventually be known about by the Chinese authorities,” Murphy said. “If they couldn’t defend it then sometime in the future they’re going to be in deep trouble.”

Another alternative for China may be letting up on its strict capital controls. Chinese could then ensure their foreign investments comply with domestic tax laws without fear of prosecution for taking the money out of the country in the first place.

In February, the Shenzhen branch of the People’s Bank of China took a step in this direction by increasing the amount that Shenzhen banks could transfer abroad to US$12,700 per day (RMB80,000). However, the directive did not specify when the program would begin or how many transfers an individual could make, and it may be an aberration, rather than a trend: The central bank subsequently denied that such approval was given.

With China’s gradualist approach to opening up avenues for foreign investment, it will probably be a long time before capital can flow freely out of the country. As long as capital controls remain in place, some Chinese investors will undoubtedly still be willing to bet that they will get away with evading tax on foreign accounts.

“People are still going to take risks. If you take an example, it has now been for more than 20 years [illegal] to accept the proceeds of crime in Switzerland,” Klein said. “And [a few] bankers still close their eyes on such money.”