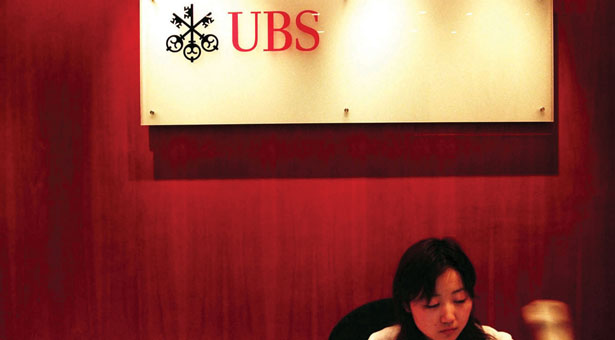 Why Switzerland’s banking sector is unhappy with the move toward banking transparency is apparent from the country’s history. Switzerland’s tradition of banking secrecy dates back to the Middle Ages and was enshrined in a 1934 law that made it a crime to reveal the identity of banking clients. Bankers are understandably shocked that a reputation built over centuries could be ripped away in half a decade.

“If you had asked any expert four years ago whether the changes that have taken place over the past four years would be possible, they all would have said, ‘No, no way would that be possible,” said Yves Klein, a partner with Swiss law firm Monfrini, Crettol & Partners. “[But] it did happen.”

The beginning of the end came in 2008, when the US Senate, in conjunction with the US Justice Department and other agencies, launched a probe into whether Swiss bank UBS and Liechtenstein’s LGT group had assisted Americans in evading taxes. The case against UBS largely rested on the testimony of one former employee, who had helped US clients evade taxes in Switzerland, remitting proceeds from their accounts by smuggling diamonds into the country in toothpaste tubes.

To settle this initial case, UBS agreed in 2009 to pay US$780 million for unpaid taxes on accounts it managed and the profits from those accounts, in addition to handing over the information on a list of suspected US tax evaders.

But the investigation continued. It has widened to include 11 banks including UBS, Credit Suisse and Julius Baer, leading the US to push for a systemic solution.

Switzerland and UBS initially argued that they were holding up their end of existing treaties, said Jay Krause, a registered foreign lawyer with Withers. Under the treaty, the burden was on the US to identify the names of individuals and their account numbers before the Swiss would disclose any information. But the US investigators argued they could not identify the people involved if the banks were trying to cover up their information in the first place, Krause said.

“There was a lot of truth in the Swiss position. If it litigated, the US may well have lost,” Krause said. “Of course, neither the US, Switzerland nor UBS could have afforded to litigate this, so they reached a compromise.”

As part of the compromise, the Swiss parliament passed a proposal on March 5 requiring banks to hand over information on suspected tax evaders to US authorities, even if the US cannot identify them by name or bank account number. The rules will go into effect after a 100-day waiting period if citizens do not call for a referendum.

To prevent other countries from taking actions similar to the US, Swiss President and Finance Minister Eveline Widmer-Schlumpf proposed regulations in February that would go further to guarantee Swiss banks only accept “clean money.” The rules make individual account holders and banks responsibile for ensuring that deposits are tax compliant in the account holder’s home country. Details of the plan will be announced in September.

“With the new international standards, this banking secrecy toward foreign authorities is not anymore 100% guaranteed, especially if US authorities [are investigating a specific case],” said Rodrigue Sperisen, a partner at Swiss law firm Dumur & Spirisen. Swiss banks continue to promote their culture of secrecy, even if it is not spelled out in law, Sperisen said. But the damage appears to have been done. Lucrative secret accounts are either coming clean or the money is flowing to other jurisdictions such as Singapore, where there is still a stronger sense of secrecy.

Swiss banks are now busily reducing fees and hoping to remain competitive on the basis of their strong financial talent. For the banking sector, promoting itself on the basis of secrecy is, in a word, history.