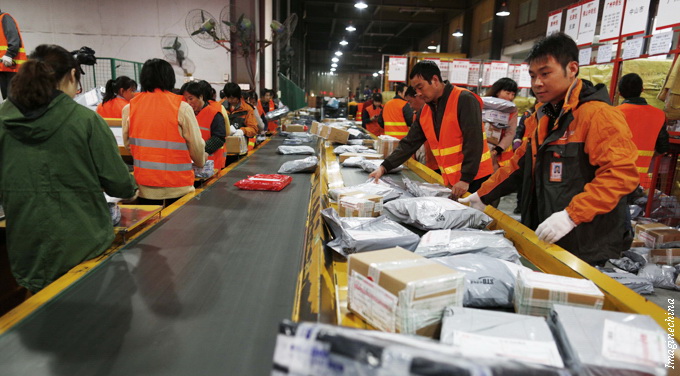 No space for fledgling brands at China's mega online malls

The hard figures don’t lie. When a company can attract 10 million unique views to its websites in a single minute, you know it’s serious about business. When it posts a transaction value of US$5.7 billion in one day, you know it’s bringing in some serious cash.

Step forward Alibaba Group. The company’s Tmall and Taobao e-commerce platforms recorded an 83% year-on-year surge in transaction volume last November 11, the date of China’s annual “Single’s Day” online shopping extravaganza, coming off the back of a 260% surge a year earlier. The volume of business on these sites – Tmall does mainly business-to-customer transactions while Taobao is largely business-to-business – is often described by industry watchers as “over the top” or “insane.”

Behind the mind-numbing figures is the myriad of shops and vendors doing business. The number of stores on the two platforms has grown from just over six million in late 2011 to more than nine million in October of last year. This huge number of vendors vying for customers has driven skyward the cost of advertising, while also producing a high degree of clutter from which the small players – which constitute the majority of the market – struggle to break free.

In the melee for shoppers, small Chinese brands are likely the biggest losers. While being increasingly priced out of ads, small retailers are often lost at sea among the multitude of similar shops on the mega sites and have few tools to build strong, enduring presences, experts and industry players told China Economic Review. But while many will look for a way off of the Alibaba platforms, for now they have few places to run to.

“They have hundreds of thousands of brands on the sites. As a small brand, it’s hard to get seen there with all that competition,” says Jillian Xin, the owner of online designer-clothing platform Xinlelu.com.

Xin founded the site in 2012. Named after a street in Shanghai known for its small fashion boutiques, it serves as a platform for designer-clothing brands looking to market their goods on the mainland. For the some 50 global and Chinese brands on the site every season, managing the customer’s shopping experience has become critical to branding. Xin said the platform tries to evoke a “boutique shopping experience” online, something that simply isn’t possible on Tmall right now.

“When someone’s looking at a minimalist-style dress and you have advertisements for Wangwang [software for the Alibaba platforms] popping up on the screen, there’s just too much going on,” Xin said. But there’s more to it than just the refined image. Managing customer data can be another problem on the mega sites. Xin said brands operating on Tmall might find it “difficult to know who your customers even are.”

That’s because Alibaba gives shop owners very little access to data concerning their businesses, says Patrick Deloy, executive director at e-commerce consultancy Bluecom. Brands starting up on Tmall or Taobao will find it difficult to know who has been viewing their pages. Keeping track of and contacting past customers can also be challenging.

In some cases, instead of online analytics furthering a brand’s understanding of the market, the data is used by Alibaba itself for its own marketing and statistical purposes, Deloy said. There have even been cases where data have been sold from one merchant to another, he noted.

Although a brand may see high sales volumes at certain times of the year, it isn’t necessarily forging lasting business.

“If you’re a brand and you open a Tmall shop, you’re not going to build anything. You are actually killing your brand,” said Cyril Drouin, chief executive at Bysoft, a consulting firm that advises brands that want to market online in China. “But you have to be there, because in terms of sale volume it’s absolutely amazing.”

That’s the question brands on Taobao and Tmall are mulling now: Is the sales volume strong enough to justify the cost of staying there?

“There’s been a huge change in the past two years,” Zou Yini, the owner of a Taobao store that sells makeup, said of the cost of advertising. Zou isn’t building a brand; she markets popular makeup products on her business-to-business platform. But the difficulty of some brands to stay afloat is evident to her.

In the short life of Taobao, Zou is an old hand. When she opened her store three years ago there were so few competitors that she says she didn’t need to buy advertising. A year later, she had been crowded out as thousands of small stores began selling similar products. So she paid for an advertising campaign that distributed information over Sina Weibo, China’s version of twitter.

At that time, she paid between US$160 and US$320 for a simple Weibo package. Today, the same plan costs more than US$800, although the increasing popularity of the mirco-blogging service means that it now reaches far more people than it did when Zou started using it.

Zou said the ultra-high sales volume during shopping holidays such as Single’s Day has buoyed the rate of return on her investment. After three years, her shop is well established. She’s less optimistic for new entrants into the market, though. The increasingly high costs coupled with superfluous vendors all selling similar items make Taobao a jungle for fledgling shops.

“The cost of acquiring new clients [online] in China is getting higher and higher every year. So they have less and less return on investment online,” Drouin said. On top of pricy ad rates, several fees come along with opening on an Alibaba platform. At Tmall, vendors pay deposits, setup fees, yearly fees and transaction fees.

Other major internet companies, such as Dangdang and Jingdong, have launched their own platforms for online businesses but Alibaba remains far and away king of the industry. “Now they [brands] have one player and they are completely dependent on that player,” noted Drouin. “If Tmall decided to suddenly raise fees, the brands would have nothing to say. They would just have to say ‘yes.’”