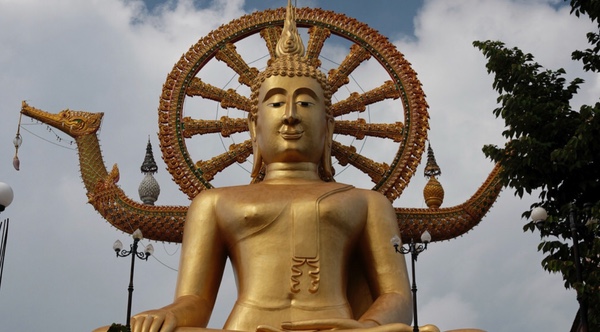 The acquisitive Chinese wave is impacting property markets around the world, and Thailand is getting more than its fair share of attention thanks to accessibility, a mature market and rising trade and other ties with China that are giving a major boost to the confidence of Chinese property buyers.

Thailand had its wild property boom in the early 1990s, long before China, and many experts have been impressed by the prudent way in which banks and the authorities have since worked with developers to ensure no recurrence of such a bubble.

Real estate broker CBRE reported that overall, upper-end condominiums in Bangkok are selling well, with a take-up rate for new developments as of the end of the first quarter of 2016 calculated to be in the 77% range.

The concept of a vacation home in a place outside of China yet conveniently close, and both foreign and familiar is Increasingly gaining traction amongst wealthy mainland Chinese. Thailand faces political issues, but then so increasingly do other markets that are considered by China investors.

“People love Thailand, the beaches, the diving, the food and of course the kindness of the people – it sells itself,” said Derek Muhs, Founder of Global Edge Investment (GEI). “The real estate market is set for tremendous growth over the next decade. We are achieving 8-10% percent returns just from rental income on holiday homes and in many tourist areas the capital increase has been over 15 percent per year.”

Interest in Thai real estate has always traditionally shown strong correlations with tourism and trade trends, and in the first half of 2016, tourism was up 13 percent over the same period last year, according to the Tourism Authority of Thailand.

A total of 7.5 million Chinese traveled to Thailand in 2015, more than any other nationality, according to official figures. That number is expected to continue to rise fast over the next decade.

China has become Thailand’s number one trading partner in the past two years, and ASEAN investment rules mean that a Chinese entrepreneur with a home and a factory in Thailand has access to the entire Southeast Asian market.

Over the past decade, the Koh Samui market In particular has done well in terms of maintaining valuations thanks to its well-maintained environment, its relative remoteness yet accessibility – the classic island paradise – and foreigners have been prominent buyers and builders of new properties, with Chinese investors increasingly part of the mix.

Koh Samui is proving to be a strong market for overseas purchases due to the island’s stringent environmental regulations and a lack of the rampant development that have impacted on the valuations in many resort markets, including Phuket in Thailand and similar resort locations in China.

Thai property developers are looking to China for growth, And developers have reported extremely fast growth in sales to China mainland buyers over the past two years. This trend appears likely to continue as interest in Hong Kong real estate amongst Chinese buyers appears to have plateaued.

Thailand is an increasingly attractive market for many Chinese buyers due to its proximity to mainland China, the high quality of construction compared to China, and its relative immunity from many international economic ructions such as Brexit, which had almost no impact on the Baht or on Thai stock values.

A key element of Chinese buying new interest is for retirement homes for older parents, with prices in many cases well below Chinese levels for comparable property. A number of property firms are running travel tours for prospective buyers to Thailand to scout out possible purchases.