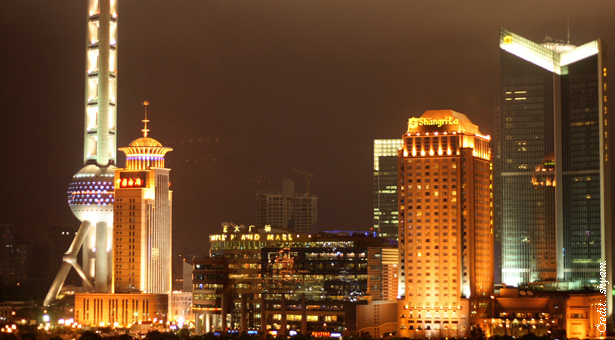 When Chinese financial wonks – still predominantly Shanghai born or politically bred – returned to the city for the 2013 Lujiazui Forum, it was hardly a triumphant homecoming.

The annual event, held last Thursday through Saturday, rounds up top financial officials as well as leaders within the finance and banking industry for one of the most important finance policy discussions each year.

The forum kicked off with a speech from Tu Guangshao, a vice mayor of Shanghai, declaring that much of the pomp would be cut from the event.

Both the opening and the closing ceremonies were canceled as well as the welcome banquet and luncheon. Attendees were to make do with a buffet, reflecting the current austerity of President Xi Jinping’s China.

Those looking for more exciting fare than financial leaders’ eating habits might have been disappointed.

Despite its high-profile nature, the event is hardly a media bonanza. The manicured speeches of such leaders are generally not designed for major policy announcements or anything the least bit surprising.

For example, Bank of China President Li Lihui said he hopes that China’s highly controlled renminbi will be fully convertible to other currencies in 10 to 12 years, an incredibly conservative statement as economists and others call for it to happen far sooner.

Similarly, the head of the fourth largest bank said that profit margins will narrow as regulators gradually increase the cap on deposit rates and lower the floor on lending rates. That already went without saying.

Still, the event generated a trickle of wire-service-worthy stories. Among the more interesting revelations was that the New York Stock Exchange is working with China to launch its long-talked-about international board. The board, originally set to launch in 2010 to allow foreign firms to list, has been in limbo for years with officials regularly saying it will launch soon. NYSE’s involvement is at least one sign that plans may be moving forward.

Perhaps what is most striking about this year’s conference is how closely it reflects what is going on in China and in the economy.

After last week’s cash crunch sent markets into turmoil, the event proved a well-timed opportunity for financial leaders to demonstrate that they have the reins of the financial system well in hand.

Shang Fulin, chairman of the Chinese Banking Regulatory Commission, stressed that there is enough cash in the financial system, even if some banks weren’t managing their liquidity well.

The boring nature of other leader’s remarks may actually be an effort to reassure the market. Leaders sent the message that beyond the shock to the interbank market, gradual reforms will still prevail in the financial industry in most respects.

While politics and finance are inextricably intertwined in China, it’s important to remember that the forum was predominantly a meeting of businessmen. The mostly male cohort are in the business of using money to make more money. In public, they may settle for austere buffet lunches, but more privately they amass lavish amounts of wealth.

Those looking for evidence need look no farther than Agricultural Bank of China Vice Chairman Zhang Yun’s remarks on the industry’s direction. Private banking for wealthy individuals may just be the next engine of growth for financial institutions. “The small platform of private banking could even leverage the restructuring of the whole banking sector,” Zhang said.