Home Economics & Policy The US doesn’t know what it wants, so how can China? 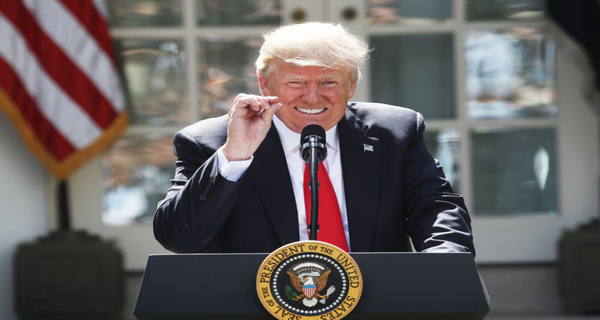 The US doesn’t know what it wants, so how can China?

Tuesday evening’s unexpected White House announcement to push forward with $50 billion worth of fresh tariffs for Chinese goods has created yet more uncertainty over the future of a trade resolution between the countries. However, whilst it may not result in any immediate change in China’s negotiating position, it has certainly cast doubt over the true intentions of the Oval Office.

The competing voices of parties whispering in the President’s ear, all seeking their own brand of retribution against China, has created a climate where observers, including Beijing, simply don’t know what’s coming next. Whilst Congress push for strict punishment on national security grounds, the mind of the President seemed until this week to be fixed on the trade imbalance.

Instead of a directed plan of attack and consistent narrative, the deficit, intellectual property, national security, and illiberal markets have all been swirled together, with emphasis swinging from one issue to the next with each passing week. Chinese foreign ministry spokeswoman Hua Chunying was correct on Wednesday when she said the move “damages the US’s national credibility” – but not in the sense of sticking to commitments: its getting harder to believe any justification the US gives.

The latest announcement seems to show that the President’s attention is back on intellectual property, after the bilateral trade imbalance briefly took centre stage as the administration’s principal grievance. The duties of 25% will target goods “imported from China containing industrially significant technology,” read the White House’s official release, making special reference to China’s ambitious industry renovation project “Made in China 2025”. The new tariffs will be applied by invoking Section 301 of the Trade Act of 1974, which identifies four main circumstances under which punitive protectionist measures may be taken: forced technology transfer; state-directed acquisition of sensitive US technology for strategic purposes; requiring licensing at less than economic value; and outright cyber theft. The statement also reiterated its intention to pursue a trade case made against China at the World Trade Organisation regarding the protection of sensitive US technology.

For many on Capitol Hill, the combined threat to US technological hegemony posed by unfair practices and the aggressive top-down Made in China 2025 initiative is the core problem that Trump has so far failed to address in his dealings with China.

The joint statement made during Chinese economic tsar Liu He’s visit to Washington just over a week ago was met with dissatisfaction and taunting from policymakers across the aisle. By putting the trade war “on hold”, as Treasury Secretary Steve Mnuchin put it, it seemed that the two sides had indeed secured some necessary respite from the pressurised trade threats of recent months, but the bonus of promises from Liu to “significantly increase” purchases of American exports was seen to have missed the point. Florida Senator and vocal China critic Marco Rubio tweeted shortly after the statement that “…a short-term trade deal that sounds good but poses long term danger is a #Bad Deal.”

Even members of Trump’s starting line-up felt the hollowness of the victory. US Trade Representative Robert Lighthizer reminded the President that “far more important issues” remained. “Real structural change is necessary. Nothing less than the future of tens of millions of American jobs is at stake,” he said.

The imposition of $50 billion of tariffs on technology-related imports, a sabre first rattled back in March, suggests therefore that the China hawks had managed to appeal to President Trump’s susceptibility to criticism. But to step back from the joint statement’s sentiments so suddenly and flagrantly can only bring into question what the President’s true goals are with respect to China. And from Beijing’s perspective, what will be the value of any future arrangements with such a volatile counterpart.

Could this consistent inconsistency all just be strategic? The statement’s neat timing with Wilbur Ross’ visit to Beijing on Saturday certainly suggests so. This curveball has not only caught the world off guard but provides the Commerce Secretary with a useful and aggressive bargaining chip. It is true that so far the US has managed to squeeze out several concessions from China without having to make explicit their intentions or principles. The Chinese Ministry of Commerce viewed Tuesday’s move this way, saying “while we are surprised by the White House’s tactical statement, it was also expected.” If the goal is to constantly sow uncertainty amongst your adversaries, as some have speculated could be Trump’s calculated motive, one could argue that it’s working.

Whatever the proximate cause of this latest round of tariffs, the problem remains that the White House is failing to clearly express its desired outcome on today’s hot-button China issues. The hawks in congress may be content that at last something of substance is being wielded against China, but Trump’s recent handling of bad-actor Chinese telecommunications company ZTE shows how short-lived this hard-line approach can be.

In the meantime, those of us watching from outside can do little to speculate about the next step in negotiations, whether in terms of Chinese retaliation or retreat from the US. Until the administration lands on its true objective, China can’t be expected to take anything Trump says too seriously.