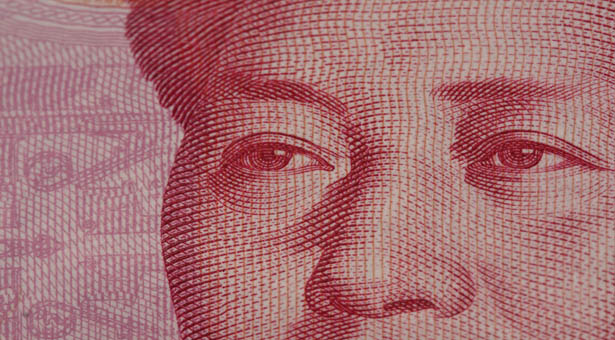 It all feels a bit shaky. Europe is one big headache. China another. Though most data signal continued global growth, financial markets believe otherwise. We’re not about to throw in the towel, but it’s worth thinking ahead. If another bust occurs in the West, what would be Asia’s defense?

Monetary policy, Asia’s weapon of choice when it comes to battling downturns, may not be the most appropriate this time. First, interest rates are already low in most markets, well below their level in the run-up to the collapse of Lehman Brothers. Second, with confidence in Western, and possibly local, growth deeply shaken, firms and households may not take the bait of even lower borrowing costs. Third, cutting rates further and throwing yet more liquidity at banks could create trouble later on, cementing a fatal belief that central banks are ready to sustain asset bubbles at all cost.

Hence the need for active fiscal policy. In 2008, governments across the region also applied a heavy dose of pump priming. This, in combination with monetary easing, did the trick. Now, however, things are a little different. While central banks will need to act to avert financial contagion, providing plenty of emergency liquidity and dollars to markets, outright monetary easing will have less of an effect on growth if it is not accompanied by a stronger boost to demand through fiscal means.

Although emerging Asia, as a whole, has plenty of firepower, the ammunition is unevenly distributed. China’s armory is vast. As estimated by the IMF, the country’s gross public debt fell to around 26% of GDP last year (note that there was a big upward revision for 2010, showing gross public debt at 33.5%). Not only is this ratio comfortably low, but over the first four months of this year, the central government has accumulated a surplus of over RMB870 billion (about 1.8% of annual GDP) – a nice pile of cash ready to be spent. HSBC’s Chief China economist, Qu Hongbin, and his colleague Sun Junwei, have repeatedly argued that more fiscal measures should, and will, be rolled out in coming months.

Eyes of the tigers

Elsewhere, Korea, Hong Kong and Singapore are in solid shape as well. Of the three, only Singapore delivered a meaningful fiscal stimulus in 2009. Korea ran a roughly balanced budget for the year, while Hong Kong achieved an even bigger surplus than the prior year. Should the global economy again hit the skids, these three economies appear especially exposed, via trade as well as finance. However, relatively solid public accounts, including plenty of hidden surpluses, should make it relatively easy for them to dope local demand.

In Malaysia and Taiwan, the scope for fiscal easing is a little more limited, though still sizeable. Certainly, both governments have in the past, including in 2009, delivered a big boost. But, past deficits have pushed up debt, even if to still comfortable levels. Still, in Malaysia, an already ambitious multi-year development strategy comes with a hefty price tag and oil revenue, which has given the government a useful cushion over the decades, may at some point decline. In Taiwan, meanwhile, an aging population (Korea admittedly falls into this category, too) will raise future outlays and likely make officials more cautious about running huge deficits.

Indonesia, the Philippines and Thailand could deliver a small fiscal stimulus as well, though perhaps not of the same size as neighboring economies. Thailand, of course, currently runs a sizeable deficit as it rebuilds the country after last year’s flood. The Thai economy thus already has a buffer against potential turmoil in export and financial markets. Indonesia and the Philippines have in recent years delivered impressive fiscal improvements, which give them some scope to run larger deficits should the need arise. But, here, the desire among officials to sustain a reputation for fiscal prudence will likely limit the appetite for massive stimulus programs.

India’s hands, unfortunately, are tied. With an already large deficit at the centre, continued imbalances among the states, and, by some measures, the region’s highest public debt, a large fiscal stimulus package appears out of reach. This leaves India a little more exposed than others, even if its economy does not depend as much on exports. Interest rates, of course, are still high and could be cut in the event of a global slump. But stubborn inflation, at least for now, makes this unlikely, as Leif Eskesen, HSBC’s chief economist of the country, argues. Vietnam and Sri Lanka also have less room for maneuver, needing to rely more on monetary than fiscal means to cushion local demand.

With interest rates generally low, monetary policy will play a more limited role in protecting Asia from the storm brewing in the West. Fiscal defenses would prove more useful, especially in China, in spurring local demand. Fortunately, the region’s finances, with a few exceptions, are solid enough to deliver a kick to growth. Where might the money go? Infrastructure, social spending, and support for smaller companies. That, by the way, is not just a theme for China, but for the region more broadly.