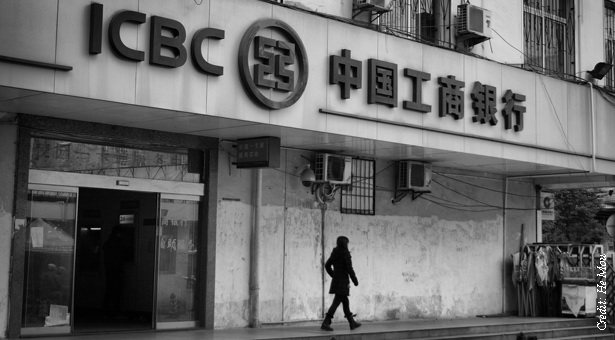 Chinese four titans of banking grew a little slower last year, but still reported earnings growth that dwarfs Western banks. Agricultural Bank of China (601288.SH, 1288.HKG) led the pack with 19% profit growth, while the other three – Bank of China (601988.SH, 3988.HKG), Industrial and Commercial Bank of China (601398.SH, 1398.HKG) and China Construction Bank (601939.SH, 0939.HKG) – all were safely in the double digits. That’s a slowdown by Chinese standards, however, and it’s probably going to be a long road of moderating growth ahead for the big banks. Regulators moderately liberalized interest rates last year, lowering benchmark lending rates and raising deposit rates, which eats into bank profits. With liberalization likely a one-way street, banks will slowly have to give up the guaranteed high profits that fixed government rates have delivered. Investors might consider Agricultural Bank of China if rates liberalize further and competition heats up because the bank has a strong position in rural areas that aren’t as hotly contested, one analyst said. Meanwhile, the best bet for those fearful of bad debt levels at Chinese banks might be China Construction Bank. CCB has more money set aside to handle bad loans and less riskier assets other banks, the analyst said.

It’s been a rough few days for Apple (AAPL.NASDAQ) in China. Chinese media, led by state-owned CCTV, have slammed the tech company for alleged bad business practices in the country. If Apple investors in the US didn’t prick up their ears at the continued tirade, then anyone with money in Hon Hai Precision Industry (also called Foxconn; 2317.TPE), the Taiwanese company that manufacturers Apple products, certainly did. And there’s good reason to be watching. A slowdown in Apple sales in China means a slowdown at Hon Hai. However, unlike the last scare for the super-sized electronics maker, turbulence in the China market for iPhones and iPads won’t spell out any immediate change to the stock: Apple’s business in China is relatively small, and penetration is low. However, analysts said its long-term growth in the China could be impacted if poor perception of the company persisted. “In other words, it’s impacting potential growth in the future, but if you’re talking about impact to its current business, it’s going to be quite limited,” said an analyst who watches Hon Hai but spoke on condition of anonymity. Given that Hon Hai’s fourth quarter report beat analyst expectations with US$1.2 billion net income, or 5.6% annual growth, now might be the time to bite into the Apple maker.

Reported earnings from electric equipment makers stuck close to analyst estimates this week, and there looks to be few surprises during 2012 for big firms such as Dongfang Electric (1072.HKG, 600875.SHA) and Harbin Power Equipment Company (1133.HKG). But investors interested in these equipment makers should keep their eyes on two big factors for growth this year: thermal and nuclear equipment. Thermal power equipment makers had a rough 2012 with orders declining some 30% year-on-year, according to Barclays Research. Global nuclear production also dimmed in the wake of Japan’s reactor scare. However, both segments of the market are set to grow this year. “We like thermal and nuclear equipment in 2013,” Barclays said in a recent note. Demand for thermal is projected to rise a modest 4% and companies with high exposure to the equipment, such as Dongfang, are set to grow after a slow 2012, which pushed down share prices. Although still risky, sentiment for nuclear energy could lighten this year, making Shanghai Electric Group (2727.HKG, 601727.SHA), which has a large nuclear business, a good buy.

Similar to last week, Hong Kong’s IPO market has little of interest for China investors coming up. The only new listing on the near horizon is Zebra Strategic Holdings (8260.HKG), a human resources consultancy, set to float on April 10. While the firm pins much of its hope for future growth in China – the service sector is expected to grow if Beijing manages to pull of its rebalancing act – the Hong Kong-based company admits to having little experience in the market and therefore seems to be a speculative play. There is still little indication of when the Hong Kong IPO market will revive, even if the five most recent floats have managed to stay above their initial listing price. And with little in the pipeline, that’s unlikely to change soon.