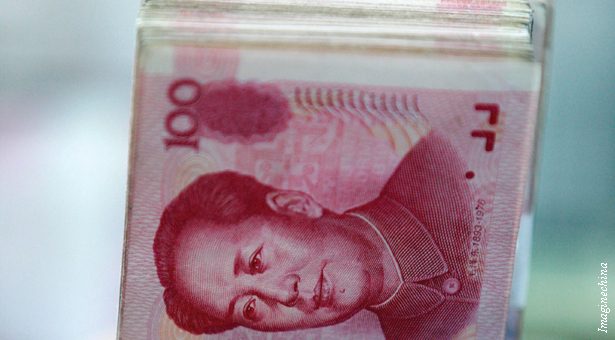 Are Chinese policymakers finally getting serious about curbing credit?

Chinese firms are either out of cash or unwilling to part with what they have on hand.

Agricultural Bank of China stoked worries over a tightening cash supply last week when the country’s third-biggest lender failed to sell more than 40% of the bonds it put on the market.

Those fears were validated at the end of the week when a Ministry of Finance bond sale fell short of its target by some US$5.5 billion. The ministry sold off only 63% of the bonds it brought to auction on Friday, a clear sign that even the central government is struggling to raise funds.

This tighter market leaves much less room for highly leveraged local governments and companies to get financing. That could lead to a dire situation if they need to rollover mounting bad debt, which many observers predict the companies hide by merely raising more money to pay off old debt.

Perhaps one the clearest signs that China is tightening its cash supply came with the total social financing (TSF) data China’s central bank released during the weekend before the bond sales. Growth in TSF, the country’s widest measure of credit, fell by about one-third between April and May.

Analysts dug out several explanations for lower-than-expected TSF figures. New regulatory measure that sought to clamp down on flow of hot money – funds illegally funneled into the country – may have stemmed some credit growth, according to a note from Bank of America Merrill Lynch last week.

Debt in the shadow banking sector, where the funds from many wealth management products were channeled, are thought to account for half of the growth in TSF.

A third possibility that Standard Chartered noted last week relates to the fact that the central bank bought an average of US$2 billion per day during the first quarter of the year. The purchases maintained liquidity and held up the price of the yuan.

Those purchases have slowed, somewhat unexpectedly, Standard Chartered said. The People’s Bank of China has even sold US dollars in the past few weeks, leading to a tightening supply of cash.

Most likely, all three possibilities are contributing to slowing credit growth. Together, they represent the thin line between growth and default that China finds itself walking.

China’s ever-increasing liquidity throughout its decades of growth has led to rising fears that the government would throttle credit spending. The trend has only accelerated, with debt as a percent of GDP jumping from 148% to 205% between 2008 and 2012. At the same time, this debt is being used in an increasingly inefficient manner, with returns on debt falling in that period.

The government faces on one hand rising credit and falling returns increasing the chance of widespread defaults destabilizing the financial system. On the other hand, many firms and investors fear that tightening credit could lead to a hard landing at a time when China’s growth is already decelerating.

A tighter money market, and accompanying credit slowdown, does appear to be in line with new government leaders’ promises to curb rampant spending and a greater accumulation of debt. Such pledges in the past have been welcomed by economists but often ended with huge boosts in public spending. This time, regulators may be backing up their words with action.

During the next few months, policymakers are likely only to loosen monetary policy unless the country’s employment situation deteriorates. Manufacturing employment is flat but not in a dangerous state, Standard Chartered noted, so regulators seem likely to stay the course.

Onlookers who are nervous about a hard landing would do well to remember: China’s economic troubles only amount to a falling, but still rapid, pace of growth.

The trend this year is still far from marking an outright contraction in credit. While month-to-month TSF growth appeared slow, that measure of credit in the first five months of the year actually increased by 52% compared to 2012.

That is hardly a slowdown – it’s a country barely taking its foot off the gas pedal. What has yet to be seen is how far the country can ease off the throttle without falling into a tailspin.