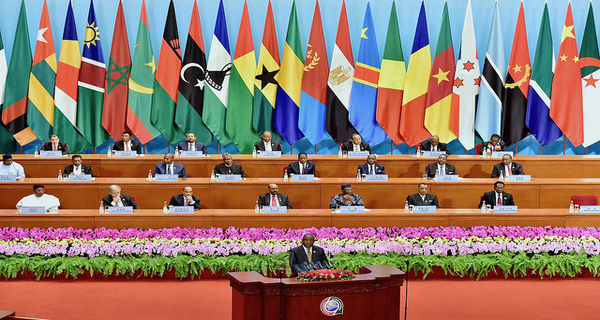 The latest summit of the Forum on China-Africa Cooperation (FOCAC) concluded in Beijing on Tuesday, with the eagerly awaited unveiling of tens of billions of dollars in Chinese support for Africa.

The headline number of $60 billion is exactly the same as that of the last FOCAC meeting in 2015. But the contents of the package reflect an attempt by Beijing to address accusations that it engages in “debt-trap diplomacy,” as well as a much-needed effort to rebalance the highly-uneven trading relationship.

While African leaders may be disappointed that the overall number has not risen, the announcement of similar levels of support to the previous summit is not surprising given China’s economic slowdown, commitments elsewhere along the Belt and Road Initiative (BRI) and critical public scrutiny of Chinese aid to Africa.

Chinese support for Africa takes multiple forms, including grants (which don’t need to be repaid), concessional loans, interest-free loans (relatively small), preferential export buyers’ credit and commercial loans, which have become increasingly important since the turn of the century.

China also encourages its firms (state and private) to invest in Africa, sometimes providing official support for foreign direct investment through vehicles such as the China-Africa Development Fund (CADF).

So how does the latest package break down?

Two major features stand out. First, as Deborah Brautigam, Director of the China Africa Research Initiative (CARI), points out, this package appears to be more concessional than the 2015 deal.

That means that more Chinese finance should either be offered free or with low interest rates and long repayment periods.

The Diplomat’s Shannon Tiezzi interprets this as an attempt to shake off Western charges of “neocolonialism” and “debt trap diplomacy”.

The apparent shift toward more concessional finance may also reflect a recognition that many African states lack the economic capacity to pay off large commercial loans – especially when they are directed toward “vanity” rather than productive projects – and a concern that defaults are a problem for China as well as for Africa.

Indeed, Chinese President Xi Jinping warned against using the funds for “vanity projects,” suggesting that China is increasingly keen to ensure its money is well-spent.

Nonetheless, this year’s pledge of $20bn in what appears to be non-concessional credit still outweighs the aid offer, reflecting China’s tendency to mix commercial and concessional finance and illustrating that Chinese modes of official finance remain very different from those of “conventional” Western donors.

The second interesting feature of the 2018 package is an attempt to address the highly unbalanced China-Africa trading relationship.

However, these trading patterns disadvantage African countries and leave them dependent on fluctuating commodity prices, and a widening trade deficit has opened up in recent years due to falling commodity prices. Miriam Altman, Commissioner of the South Africa National Planning Commission, has identified addressing trading imbalances as a key challenge for China-Africa relations.

Fortunately, as China moves up the industrial ladder toward higher-tech, more expensive goods, there is much space for African manufacturing to develop, and for African states to turn the tables by selling manufactured goods to China.

Indeed, in countries such as Ethiopia and Rwanda, Chinese firms are already playing a major role in kick-starting local manufacturing industries.

China’s pledge of a $5bn fund for supporting imports from Africa to China, combined with the announcement of initiatives on industrial promotion, infrastructure connectivity and trade facilitation, appear designed to boost this process.

Whether these initiatives are sufficient to address Western criticisms of China in Africa remains to be seen.

However, as the US disengages with the international development field and Europe remains pre-occupied with internal challenges, it is likely that China’s relative role in African development will continue to rise.

Pippa Morgan is a PhD candidate at Fudan University in Shanghai whose research focuses on Chinese aid and investment in Africa. She is also the Assistant Editor of the Chinese Political Science Review and the Fudan Journal of the Humanities and Social Sciences.