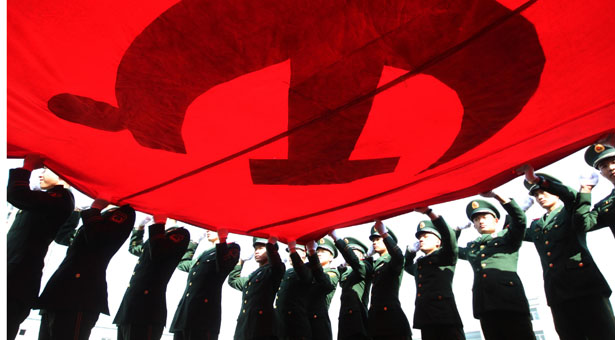 The political exposes that emerged in China this year were fit for tabloid dramas. The now-infamous downfall of former Chongqing Party Secretary Bo Xilai left the global press spinning tales of murder-mystery intrigue. In March, the government moved quickly to cover up the story of Central Secretary of the Communist Party Ling Jihua’s son crashing a Ferrari in Beijing while allegedly playing sex games with two scantily clad women.

In July, Bloomberg’s site was pushed outside the Great Firewall after the news agency published a story estimating the total private wealth of incoming president Xi Jinping’s family at close to US$1 billion. Then in October, The New York Times published an expose that linked the family of outgoing Premier Wen Jiabao with US$2.7 billion in private wealth.

These were just the highest profile cases; thousands more officials were prosecuted for corruption this year. Among them was Yang Dacai, head of the Shaanxi provincial Work Safety Administration. Authorities launched an investigation that stripped Yang of his official duties after photos caught him smiling and wearing an expensive watch at a fiery accident site.

Given the growing perception of income inequality in China, highly publicized incidents of official wealth and corruption threaten to undermine the government’s authority. “If you’re a socialist government who claims to be working  towards creating a socialist market economy, and you still have a communist party in charge, for [income inequality] to be going in the wrong direction is very difficult for them to reconcile,” said Nicholas Borst, a research associate and China program manager at the Peterson Institute for International Economics, a think tank in Washington, DC.

Party officials are aware of the risk that high-level embezzlement poses. “If the anti-corruption campaign fails, the party, even the country, may perish,” outgoing president Hu Jintao said during his work report to the 18th Party Congress in November. But while the stakes are extremely high, government officials have thus far been unwilling to take the necessary but painful steps toward stamping out official corruption.

Let the sun shine in

Most Chinese will say that corruption is endemic to China. However, there is some evidence that Chinese corruption may not actually be that extreme from a global perspective.

While the level of corruption is extremely hard to measure, experts typically estimate China to be more corrupt than about 75% of countries around the world. China is “in with a lot of other countries of similar economic circumstances, countries that are developing rapidly. So China is not extraordinarily corrupt, according to experts,” said Andrew Wedeman, the author of “Double Paradox: Rapid Growth and Rising Corruption in China.”

Even so, corruption remains a huge political problem in China. Because of the state’s central role in the economy, those with government connections have more opportunities to accrue wealth, both legitimate and otherwise. The wealthiest Chinese often are among the most politically connected, and vice versa – even more so than the highly income-stratified US.

According to a study by Bloomberg, the wealthiest 70 members of the National People’s Congress have a combined wealth of about US$90 billion, compared to a combined wealth of US$7.5 billion for the 535 members of the US Congress, the president, his cabinet and the US Supreme Court. “Members of China’s National People’s Congress have become so wealthy that their meetings may best take place in a bank vault,” former media executive James McGregor writes in his book, “Ancient Wisdom, No Followers.”

Off with his pants

Government measures to fight corruption in China often take the form of campaign-style crackdowns featuring flying banners and officials carted out in handcuffs. These short-term, high-profile campaigns are aimed at assuring the people that the government is doing something about corruption; however, they are not very effective at reducing it, Wedeman said.

The better way to police corruption is the simple work of following assets and bank accounts, he said. “Anti-corruption officials spend an awful lot of time doing what is basically auditing.”

China has proposed several initiatives to audit officials more strictly, but perhaps unsurprisingly, they have met with significant political opposition. “Ahead of the 18th Party Congress, many old party members called for party representatives to make their incomes public. But that call was muffled immediately,” said Zhang Lifan, a political historian and blogger.

The existing asset declaration system “is basically toothless,” said Li Shi, an economist and executive dean of the China Institution of Income Distribution at Beijing Normal University. “What we need is to have government officials’ assets disclosed and verified so people can monitor them and report false claims.”

That initiative picked up speed this fall, when Wen Jiabao answered The New York Times article on his family wealth with both a denial of the report and a call to speed up the release of China’s much-delayed “Sunshine Law” to disclose official assets.

Increasing transparency may be the best way to restore trust among an increasingly jaded public. “If one person has to pull off their pants, it’s better that everyone does it at the same time,” said Zhang. “Only when leaders and officials expose their wealth, can the social inequality issue be dealt with successfully.”

But Chinese officials may not really be ready to bare it all. After all, the country already has an effective force for increasing transparency: the media, if it were allowed to operate independently. For the government to simultaneously call for stronger sunshine laws and do their best to block the media from accurate political reporting seems disingenuous at best.

There are legitimate concerns, of course. Media disclosures of official wealth might cause a public uproar. But in this increasingly high-tech society, it seems likely that the truth will leak out one way or another. Chinese leaders must evaluate whether official disclosures or surprise media exposes ultimately present the bigger risk.