Home Economics & Policy Forget trade tariffs. The real US-China tensions are going to be over data 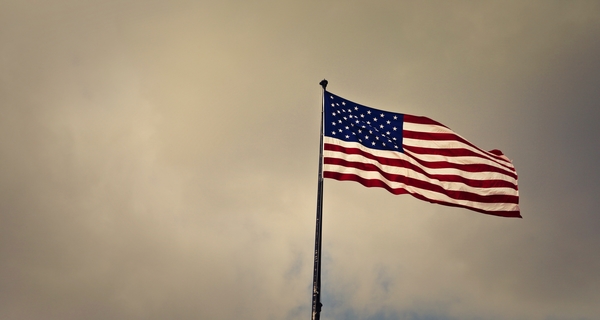 Forget trade tariffs. The real US-China tensions are going to be over data

On April 13th, the BBC published an article and video by reporter Karishma Vaswani entitled China’s Uber has plans to take on the rest of the world. The brief piece centered around Vaswani’s interview with Cheng Wei—founder and CEO of Chinese ride-hailing giant Didi Chuxing—and his global ambitions for the company he built. In keeping with the quiet profile that Cheng has become known for, he shared little information that even casual followers of Didi’s rise would find surprising.

There was, however, a small piece that I found significant, and whether he intended it or not, the remarks made by Cheng profoundly highlighted some of the central conflicts behind the thorniest issue in tech today, and one of the greatest threats to global business and trade.

That issue, of course, is data privacy and security, and the complicated intersection between tech companies, their users, and the national and political systems and power structures in which they operate. Below is an excerpt from the piece:

“Some [US businesses and politicians] say that Chinese companies that deal in data, as Didi does, hand that data back to the Chinese government,” a perception Cheng Wei is quick to correct.

“When American companies first entered China, there were also these concerns,” he says.

“Whether you’re Chinese or American, data is the lifeline of any business. If you can’t guarantee data security, that’s going to be totally destructive for the business.”

Somewhat ironically, Cheng’s own answer to the data question may in itself hint at the roadblocks that Didi and other Chinese firms are likely to continue to face in their global expansions. Cheng is right when he says that when American companies first entered China, there were concerns over data and national security. In fact, those concerns were and are so great, that most major American internet companies are blocked in China. Those who attempt to enter often face enormous barriers, both formal and informal, as well as the constant uncertainty. Regardless of how much they invest in their Chinese expansion, the axe could come whenever, for whatever reason, and without warning. Hell, even Pokemon Go was deemed “too dangerous” back in its 2016 heyday.

Even Apple, who has maintained a loyal (if decreasingly enthusiastic) Chinese user base, has been conducting quite the contortion act in an attempt to maintain its foothold in one of the world’s most coveted consumer markets. In July of 2017, it announced it would be building a $1 billion data center in Guizhou province, in order to comply with new Chinese cybersecurity laws.

In January of this year, Apple announced that a Chinese firm would be operating their iCloud service. And of course, they are a regular punching bag of state-run media. Indeed, it is peculiar that Cheng Wei would bring up American firms in China because if foreign markets were to manage Chinese internet firms the way the Chinese manage foreign ones, their globalization efforts would surely be frustrating.

Those who are interested in the politics of US-China relations are likely familiar with the concept of the “Thucydides Trap:” a deadly trend first identified by the Greek historian it is named after. The ambitions and confidence of a rising power, coupled with the fears and misunderstandings which it inspires in an existing power, create a cocktail of conditions in which war is inevitable. In an argument most famously laid out in Graham Allison’s 2017 book Destined for War, it seems to some that the future for China and the US holds the same fate.

While an all-out war between these two great powers seems ludicrous to many of us, the tech world is quickly devolving into such a state. US regulators are growing increasingly concerned about Chinese tech giants’ ties with their government back home, complicating the globalization strategies for many of China’s most well-known tech firms. In January, US lawmakers urged mega-carrier AT&T to “cut all ties” with Huawei, after reportedly nixing a deal that would put Huawei phones in AT&T stores.

Alibaba-backed Ant Financial was blocked in their attempt to acquire US money transfer company Moneygram as well, ditto for a Chinese state-backed fund’s try for Massachusetts semiconductor-testing firm Xcerra. All of these deals were reportedly nixed on “national security” grounds.

Concerns over Chinese tech firms extend to US allies as well. Both India and Australia have banned the use of Wechat and other Chinese apps, even on personal devices, for employees of the countries’ defense ministries. In the case of India, the ministry’s official order read:  “As per reliable inputs, a number of Android/iOS apps developed by Chinese developers or having Chinese links are reportedly either spyware or other malicious ware. Use of these apps by our force personnel can be detrimental to data security having implications on the force and national security.”

In what seems to be a near-daily occurrence, US and Chinese political entities seem to be making jabs at the other’s tech companies. For those who rely on both countries’ talent and markets, this brings about numerous complications. Didi, for example, has labs in Silicon Valley and has identified Mexico as one of its most important frontiers for international expansion. With key investments in both the US and one of its closest allies, Didi has a lot to lose if tensions continue to escalate.

And then there is what tech tensions do to threaten actual peace. The ability for countries to put aside political differences for the sake of mutual economic benefit has been a foundational component to the period of general peace and prosperity through which most of this article’s readers have come to know the world. The “Golden Arches Theory,” made famous by Thomas Friedman in his 1999 book The Lexus and the Olive Tree, was formed from an observation that almost no major conflicts had ever been fought between two countries which both had McDonalds restaurants. There are many holes to this theory, but the general gist of it rings true: when the world benefits from economic interconnectivity, it makes far more sense to work together than it does to fight.

But the current situation makes maintaining this very tricky. After all, in this day and age, just about every major company, in one way or another, is a tech firm. If tech continues to be something that is nationalized and militarized, we risk finding ourselves in a second cold war.  If we have learned anything from the previous cold war, it is that when two world powers isolate themselves from the influence of the other, they tend to become vulnerable to their own worst excesses.

Trapped by a story most of us don’t even believe

As tensions rise between the powerful forces that govern China and its Western trading partners, what this relationship really needs is a long-overdue, cathartic, couples-therapy-style coming-to-terms between the very concepts of “China” and “The West.” But of course, this can’t ever really actually happen. After all, the ideas of “China” and “The West” don’t exist in the physical world. As famed Israeli historian, Yuval Noah Harari, would put it, they are “inter-subjective myths through which we have spun webs of meaning.” They are figments of our collective imagination.

Ironically, it has always seemed to me that the people who are actually working in the tech sector tend to be the people who buy into these narratives least. At least through my experience, the American and Chinese tech professionals I know seem to think on much more global terms. Many have traveled and lived outside of their home countries, and have colleagues, friends, and for some, even family members, spouses, and children for whom national identity is a blurry overlap. For numerous tech professionals I have met, “us” vs “them” cannot be how they think, because it would undermine their very identity.