Home Columns & Interviews A view to the top 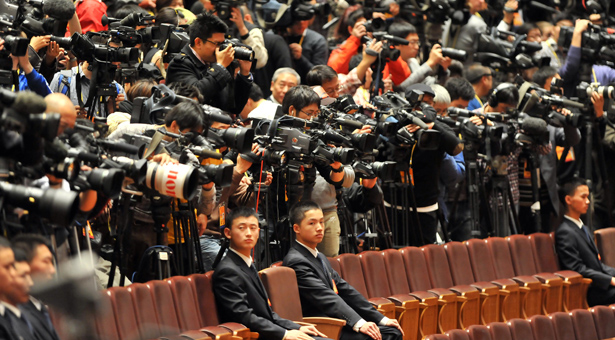 A view to the top

Reporters and analysts today know far more about China’s leadership transition than they ever have before. Sadly, however, all this knowledge adds up to almost nothing. As party general secretary, does Xi Jinping plan to strengthen rule of law? How does Premier Li Keqiang plan to guide the nation toward consumption? No one can say for sure.

Some observers have chosen to delve into the histories of top leaders to answer these questions, while others make predictions based on the factional affiliation of the new leadership. Unfortunately, China’s government is too complicated to reduce to such simple formulas, said Minxin Pei, the director of the Keck Center for International Strategic Studies at Claremont McKenna College and the author of several books on China’s economic and political system. Because the environment at the top of China’s political system is not suited to bold decisions, much of what passes as analysis on China is merely speculation, argues Pei.

Pei is a well-known iconoclast who has argued for reform of the Chinese system for decades. China Economic Review spoke with him in October about how China’s new leaders will confront the nation’s challenges.

What are the primary challenges that Xi Jinping and Li Keqiang will face as China’s new leaders? Are they facing bigger challenges than their predecessors?

Certainly they are inheriting bigger challenges than their immediate predecessors. If you compare the economy today with the economy in 2002, it’s entirely different. At that time, China had just joined the WTO, you had much stronger tailwinds from the reforms of the 1990s, and the people had a lot of good will toward incoming leadership in 2002. They thought that the incoming leadership would do more for them. But today, you have a very disappointed population. In the last 10 years, the leaders did more talking than work. And when you look at the economy, the structural conditions are very different. Exports can no longer drive the economy, unlike in 2010 when export growth was more than 20%. Now, if China can maintain 10% export growth that would be very good. The economy is far less balanced today.

It sounds like you’d agree that the pace of economic liberalization slowed under Hu and Wen. Why do you think that happened?

Not just slowed, I think there was a reversal. When you look at the expansion of the state-owned enterprises during the last 10 years, that was clearly a reversal of reform. Frankly I think the Jiang-Zhu administration genuinely was interested in certain important reforms, so they did a lot from 1993 to 2002. But when you look at 2002 to today, I really cannot think of anything.

Can you offer any insight into whether Xi and Li will be more aggressive than their predecessors in implementing a reform agenda?

It’s hard to see at this moment. First of all, they have not said anything publicly, really. They’re in a very tricky position. If they say they’re going to do a lot more reforms, that implies their predecessors have not done a lot of reform. That kind of criticism they don’t want to make in public. And second, these are relatively cautious people. When you look at their records in Zhejiang, Fujian, Henan and Liaoning provinces, we don’t have any evidence to show they are going to be aggressive. The third reason is, when you look at the balance of power at the very top, the Politburo Standing Committee (PSC) is a carefully constructed group with representatives from different factions. Making bold decisions in this environment can be difficult. So right now, you do not know. It would be premature to bet one way or another.

Many observers are attempting to look at the factional balance in the PSC to determine what policies they might lean toward. How do the backgrounds of Xi and Li differ from Hu and Wen?

I would say in the previous administration the lines are probably more sharply drawn, because you can see who the people are that owed their official careers to President Jiang Zemin. This time, it’s harder. We know probably two or three people who are Hu’s men, but the rest we don’t know. Factional lines  do not necessarily determine whether one faction supports reform and another faction supports the status quo. It’s far more complicated. A lot of that depends on the emphasis the top leader, the general secretary, puts on a certain policy. If he displays an attitude which essentially means you’re either with me, or you’re not with me, then his other colleagues probably will think twice about opposing him. Third, the consensus under which top decisions are made is important. If there’s a real crisis, however you define that, then factional lines are much more fluid. That’s why I’m very cautious about using factional line-up to predict how the leadership will act in terms of policy.

Do you think that’s a tendency of the Western media, to interpret those factions along the lines of political parties, because that’s a framework they understand?

Yes, I think Western media or some observers have an oversimplified framework for understanding or analyzing decision-making at the top. They oversimplify in terms of the number of factions. They think there are two groups, the princelings and the Communist Youth Leaguers – it really doesn’t tell you much. Let’s look at the princelings. Bo Xilai is a princeling, Xi Jinping is a princeling. They’re very different. One is very cautious, and one – what should I say – is very entrepreneurial [laughs]. One is a neo-Maoist, one is clearly not. That’s why I’m very adverse to attaching a label to one person and then trying to use the label to extrapolate what that person is going to do as a policy maker.

Is there a better framework for analyzing policy decisions at the top?

No framework. Today decision making at the top really depends on individuals. A much better framework would just be to know who they are. Know the circumstances under which decisions are made, and know the urgency with which certain decisions have to be made. If you look at history, if you do not know the person himself, it is extremely hard to predict what that person would do beforehand. Zhu Rongji is an exception rather than the rule: He was not afraid to tell someone what he wanted to do. Today, no one in his right mind at the top wants to tell people what he wants to do, because that way he makes enemies. So I’ll admit the China field has not produced simple analytical tools for practitioners to use. But that’s because of a very good reason – they don’t exist. Such tools have simply been impossible to produce. Politics in China, in terms of decision-making at the top, is really complex.

You’re based in the US. There has been an unprecedented level of coverage of the Chinese political transition, but you might agree that some of it is clunky. What are the big misconceptions?

The interest is laudable because the leadership change is indeed a very important development. But analysts in the US or in the West operate under the same conditions as everyone else, [with] very little real information. Speculation is taught as analysis. Also, I think the main problem is that they overlook the bigger political picture in which the transition is taking place. So most analysts focus on who’s up or who’s down, they attach labels to individuals who don’t deserve them – oh, this person is a reformer, unfortunately he’s not going to make PSC. That kind of talk I personally find kind of laughable, because if you look at a person’s background, it’s impossible to say that person is a reformer or not a reformer. You might say that person has a different set of ideas, but whether he can actually put his political capital on the line, it’s a huge question mark. I also say that they completely overlook the Chinese society at this moment. I’ve been wri
ting that the Chinese government probably becomes less and less relevant in terms of determining China’s future. You look at whether the government is going to reform or not. Of course, the new leadership has a say, but let’s not forget that the Chinese people have a say. So the lack of attention to China’s social change and the new political environment is something I find deeply disappointing.

In your recent piece in Foreign Policy you argued that people in the US wrongly think that China will continue to rise. Your argument centered on China’s declining fortunes. Is there anything China can do to reverse those fortunes?

Oh, yes, by reform, by adopting aggressive reform and making up for lost ground, because China has lost a decade. I think this is the consensus today among thinking people of China: That China has lost a decade of opportunity. Had China done more reform, it would not be in this very difficult social, political and economic environment that it faces today. Reform is hard, but if you do not reform, life will be even harder.