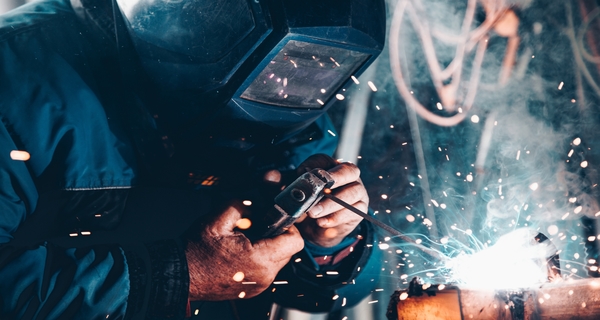 Growth in China’s manufacturing sector slowed further in September, according to two key indices, confirming the picture of a more subdued overall outlook for the economy in the near term as Beijing battles a number of headwinds at home and from abroad.

The official manufacturing Purchasing Manager’s Index – a survey conducted by China’s National Bureau of Statistics to gauge business sentiment and performance in the sector – fell 0.5 points to 50.8 last month, a seven-month low. The index is averaged at 50, with any figure above indicating expansionary activity.

The unofficial Caixin PMI, which diverges from the official index roughly half of the time and tends to favour small- to mid-sized enterprises in its survey, also slid by a similar margin to 50.0 from 50.6 the previous month.

The breakdown of the official data reveals that the new order and raw material inventory sub-indices were particularly weak in September. As Serena Zhou of Mizuho Securities highlighted in a note, the combination of these two factors last month could “foreshadow a light pipeline for China’s manufacturing enterprises” in the next quarter.

Following the summer’s intense exchange of tariff blows between Washington and Beijing, analysts had close eyes on indicators related to trade. In the official index, new exports fell further into contractionary territory to 48.0, with imports also sliding to a 31-month low.

While this would seem to reflect the first tangible impacts of the trade war, some believe that it is too early to pin the blame on Trump’s tariffs for China’s changing trade scenario.

“Global growth is now cooling, which we think is weighing on foreign demand for Chinese goods irrespective of tariffs,” said Julian Evans-Pritchard, senior China economist at Capital Economics. “China’s exports to the US have actually outperformed its exports to the rest of the world in recent months, even after the first batch of US tariffs was imposed.”

September’s slowdown came largely from medium-sized businesses, whereas small and large enterprises held ground in the above-50 range.

The data offered more evidence for inflationary pressure looming in the next quarter. Purchasing and producer prices listed in the official index reached highs for the year in September, stemming from sustained oil and steel prices. This was not borne out in the Caixin survey, however, which looks less at large, state-owned firms that are more likely to deal with such commodities.

Given that its manufacturing sector has continued to slow for several consecutive months, sentiment will remain cautious regarding the outlook for the Chinese market. Following this latest data release, Standard Chartered revised down their growth forecast for the third quarter to 6.5% y/y, from 6.7% in Q2.

This is freeing up funds for fixed-asset investment to rebound from its recent lows. September’s non-manufacturing PMI offers hints that the effects of this are already being felt, with the index hitting a three-month high on the back of strong construction activity.