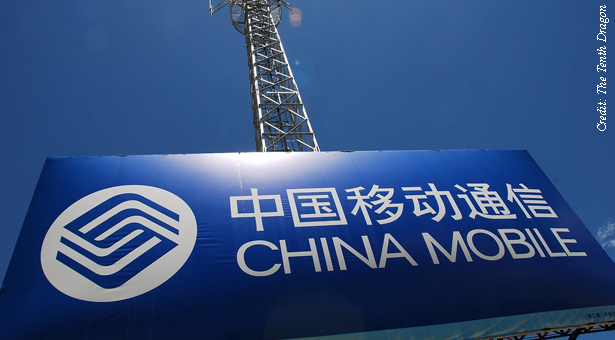 China Mobile, the world’s largest mobile carrier, has been hard at work testing what will be the country’s premier fourth-generation (4G) mobile network. The technology, which is being rolled out in developed telecommunications markets across the globe, will amp up mobile internet connections and greatly boost data consumption, creating a cash cow for carriers. Phone vendors will also profit from selling the expensive, 4G-compatible devices compatible with 4Gthat every urban Chinese will want to sport.

The only question is: When will China Mobile open up this technology to the public? The answer isn’t coming through clearly and lies with licensing officials at the Ministry of Industry and Information Technology (MIIT). The ministry, known for slow responses, has dropped only a few clues recently on when it will allow a real 4G launch.

At the end of December, MIIT cited “licensing preparation” for 4G as a priority in a five-point plan for the industry in 2013. The mention was an important signal from a ministry that seems squeamish on approving a new network technology after a poor adoption of the last one, TD-SCDMA.

China Mobile still has considerable work to do before government bureaucrats give a thumbs-up to high-speed mobile. TD-SCDMA, the company’s third-generation (3G) standard, has not performed as well as some had hoped. When MIIT first licensed TD-SCDMA in 2009 – four years after its initially planned launch date – the homegrown network had not yet been tested in another market. Since then, the company has struggled to meet its targeted subscriber numbers, and China Unicom and China Telecom have quickly eaten into what should have been China Mobile’s market-leading position.

The company will have to show the ministry that its 3G base is solid before it can move on to real 4G operations, says Nicole Peng, China research director for Canalys, a technology analysis and consulting firm. “If China Mobile can prove the fact that they can actually push the [3G] adoption, that means they also have the capabilities to deliver the 4G, and can make sure this adoption is much smoother than the TD-SCDMA,” she said.

Fortunately, other markets such as India have already adopted TD-LTE, China’s 4G standard (the “TD” indicates it is China-developed technology). This will be helpful in pinpointing potential problems with the rollout in China, a luxury the company didn’t have with TD-SCDMA.

So far, the 4G trials China Mobile has operated since 2010 have lived up to expectations. Peng anticipates a commercial launch of 4G in late 2013 or early 2014.

In a late January note, Barclays analysts called the deployment a potentially “positive catalyst” for data consumption and therefore companyChina Mobile’s earnings. Although the bank expected a launch in the second half of the year, it also said the timeframe was unclear.

If MIIT doesn’t tell the public when it intends to hand out a 4G license, it should at least whisper a rough date into the ears of phone makers, who are standing by for a signal. For the technology to work, customers will need devices that support it. In an interview with Xinhua last year, China Mobile Chairman Xi Guohua said a lack of TD-LTE phones could stymie the launch.

A top official at one of China’s biggest telecommunications companies told China Economic Review that commercial 4G could be a market changer for smartphone sales in 2013 – but only after a license is issued. If it’s any indication of the uncertainty surrounding licensing for 4G, the official couldn’t say with confidence whether or not smartphone users would get a 4G signal this year.