Home Banking & Finance What do Xi’s reforms mean for businesses? A conversation with Trivium’s Andrew Polk 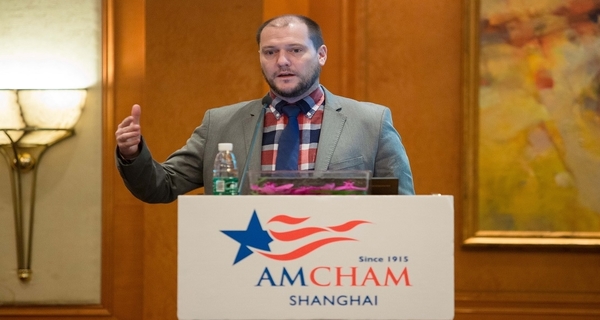 What do Xi’s reforms mean for businesses? A conversation with Trivium’s Andrew Polk

Last month, China’s leaders unveiled possibly the most radical program of reforms the country has seen since 1978 at the annual “Two Sessions” meeting in Beijing.

Leading the headlines was of course the decision to change China’s constitution to remove the two-term limit on the presidency, opening the door for Xi Jinping to possibly rule far beyond 2022. But there were also sweeping changes to the government affecting over 20 different ministries, as well as hugely significant reforms giving the party much more influence over the government.

There is pretty much universal agreement that the reforms will have a significant impact on businesses operating here, but how exactly businesses will be affected is still unclear.

However, one man with a clearer sense of what the “Two Sessions” announcements will mean for foreign companies than almost anyone else is Andrew Polk, Co-founder of advisory firm Trivium China.

Trivium specialize in unpicking the byzantine workings of the Chinese government to provide insights on where China is heading for their clients, and the firm recently produced an in-depth report on the implications of this year’s “Two Sessions.”

In this interview with China Economic Review, Andrew shared some of the key findings from this report.

CER: How significant are the reforms announced during the “Two Sessions” in historical terms?

A: They’re momentous, about as historical as you can get, frankly. There were two main fronts to the reforms.

The first, obviously, was the scrapping of presidential term limits. Xi Jinping extending his rule beyond 2022 had been expected, but just because it wasn’t surprising doesn’t mean it was any less shocking. He finally came out and said it was going to happen, and that, some people would say, reverses everything Deng Xiaopeng had tried to do post-Mao by trying to institutionalise a peaceful transfer of power.

Secondly, there was the government reorganisation. It touched almost every minister under the State Council. There were three new ministries, 21 restructured ministries: the most widespread restructuring probably since the 1980s. Again, historical in nature and scope. Frankly, for your readers and for our clients, this will be more impactful in the short term. Over the long haul the removal of term limits will certainly play into China’s governance and political development, but that’s not going to make a difference really over the next five years. The government reorganisation, however, was having an effect last week.

CER: Could you break down some of the main aspects of that restructuring?

A: I think the best way to frame the result of the two meetings for companies is to put all these developments into four buckets: the first is government restructuring, which we’ll come to; second, personnel changes – new leadership at the very top and new ministers, in many cases at the very top; third is the policy map that they laid out pretty clearly, both for the next five years and for the rest of this year in particular; fourth, which we’ve somewhat lumped together, is the legislative agenda and the constitutional changes.

In terms of the reorganisation itself, I would say that there are a few key changes. The first is the establishment of the National Supervisory Commission. It’s a brand new branch of government, on equal standing with the National People’s Congress, the Supreme People’s Court and even the State Council. Its role is basically to broaden the corruption crackdown, which was previously run by the party. Their goal is to oversee every public official in China. Not just party members, but down to school teachers and doctors. The idea is that the corruption crackdown is going from looking at political correctness to policy implementation. Not only are they going to be looking to see if people are cheating, but also if people are doing their jobs well.

Some people might compare this to setting up Homeland Security after 9/11 in the US. But it’s actually much bigger than that. In reality, it’s more like you took the FBI and made it as big as the three branches of government – it’s that big.

CER: How will the reforms affect companies operating in China?

A: In terms of affecting business, there are two likely possibilities. Firstly, it could lead, in the best case scenario, to more consistent and effective policy implementation. One good example of this is the financial crackdown that we’ve seen over the past year. The authorities have made significant strides in reducing some of the most speculative activity in the financial sector. And the reason for this is that various commissions and regulators were going out to individual insurance companies and banks doing detailed inspections, with the backing of the discipline inspectors. So we saw a very quick movement in this space over the course of a year.

Unfortunately, there’s also the potential for over-implementation of policy. For years a complaint about China was: “the policy is pretty good at the centre, but the localities don’t implement it well.” However, recently we’ve seen the opposite of this. A good example is the switch over the winter from coal to gas: a target was set in the Northeast to increase the proportion of energy coming from gas, so officials went out and met these targets. A lot of businesses ended up shutting down, or a firm in their supply chain did. Households were literally left in the cold.

There’s the downside potential – a local regulator gets a directive from Beijing and just blindly follows it. In a perfect world the reforms would mean that policy is more consistent, which would be a huge improvement for MNCs and the business environment.

CER: There appeared to be two major thrusts to the reforms: one was centralising power in Beijing; and the other was a parallel move to strengthen the party’s grip over the government. How do those two dynamics interact? Do they contradict each other at all?

In so doing, Xi wants the party to have a much more active and clearly delineated presence in policy making and implementation. Historically speaking, the party has always been there, but over the past 30 years there has been this move towards the party being more of a strategist whereas the government handles the details and implementation. Xi is saying that we want the party involved in an official capacity, not hiding in the shadows.

I would even argue that for businesses this could be a good thing. By being clear about the role of the party in decision-making, now businesses know who’s behind it all and who to talk to. If it’s happening, it may as well be happening in the open.

CER: Are you also seeing the party exerting greater influence over the private sector?

A: Oh, 100%. We talk to MNCs whose joint venture partners are being encouraged by the party to rewrite their articles of agreement to put party language explicitly into the JV agreement – that’s a big deal. There’s also a move among Chinese private companies, especially the big tech companies, to have the party take a nominal stake and board seat. That’s really my point: the influence has always been there, it’s now just happening more out in the open.

CER: What has been the general reaction to the “Two Sessions” from companies in China that you’ve spoken to?

A: Confusion. A lot of people just don’t understand how momentous this reorganisation is. They also don’t understand that the announcement of a party reorg doesn’t mean it will get done tomorrow but will be a years-long process with a lot of confusion on the government’s side and for businesses.

CER: It appears that some of the reforms could prove to be quite helpful to businesses in the long term, as they will allow the government finally to tackle issues China has struggled to deal with in the past, such as pollution and debt levels. Do you agree?

A: This is what we do at Trivium: try to explain the government’s goals and how it plans to achieve these. The whole point of the reorganisation was to streamline government functions. That’s why the Market Regulatory Administration was set up – it took a bunch of functions previously dispersed among 10 or 12 different entities and put them all under one roof. The goal in the long term is that policy making is more straightforward, more consistent, and that businesses know more clearly who their government interlocutors are, without regulatory overlap and arbitrage, etc.

Will they be successful? This remains to be seen. As I said, there have been wins and losses. The financial and environment stuff has been initially successful, though there is still a lot that needs to be done and they made some mistakes along the way. How it’s all going to play out is difficult to say, but I think getting inside the government’s head and understanding its goals is a much greater starting point than what most people have.