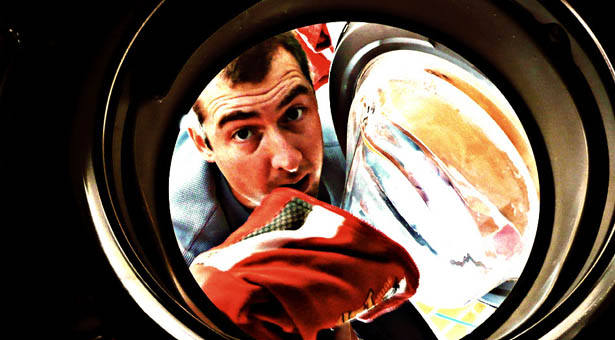 Analysts always expected Gome’s growth to slow in 2012; they just didn’t expect it would slow quite this much. The home appliance retail giant reported a 34% drop in same-store sales in the first quarter and an 88% plunge in profits – suggesting the company had been cutting prices in a failed bid to prop up sales.

The immediate causes of the Gome’s woes are cyclical. Government subsidies for home appliance purchases, which began as part of the 2008 stimulus, expired on December 31 and thus dampened first quarter demand. A slowdown in China’s property market also hurt the retailer, as appliance sales are highly correlated with new-home purchases.

But what the company really struggles with are structural challenges. “We are feeling the white heat of competition from traditional and online retailers,” Fang Wei, Gome’s CFO, said recently in a call with investors. Internet retailers such as Alibaba and 360Buy.com have been aggressively targeting the home appliance market with steep discounts. In June, Alibaba said it would use RMB300 million (US$47 million) of its own money to subsidize appliance purchases on its Tmall e-commerce platform. Rumors suggest Tencent may be partnering with Dangdang to enter the appliance sales market as well.

Other traditional retailers have been hurting, but not as much as Gome. That is because unlike its bigger rival Suning, Gome’s store portfolio is heavily weighted towards first-tier cities, where consumers are more quickly turning to internet shopping.

Gome is certainly not on its deathbed, however, and management has been making smart decisions in response to the pressures. For example, since last year it has plowed money into its e-commerce platform. While returns on the project have so far been impossible to gauge, Gome’s good connections with suppliers and hefty capital base give it strong long-term potential, said Peter Tang, an analyst at Mizuho Securities.

Gome has also been adeptly cutting costs in line with the competition, and it could benefit from a new government stimulus package for eco-friendly appliances introduced in May – though analysts caution the program will be smaller and the market more saturated this time around.

The real worry, however, is that even if Gome plays its cards perfectly, the deck may already be stacked against it. “There’s a lot of irrational competition going on” in the appliance retail space, said Tang of Mizuho. Too many big competitors both online and offline are driving down prices to unsustainably low levels in order to grab market share.

John Maynard Keynes famously cautioned investors that the market could stay irrational longer than they could stay solvent. They would do well to keep his advice in mind when looking at Gome’s stock.