Home Business Why Chinese companies are embracing a slower culture 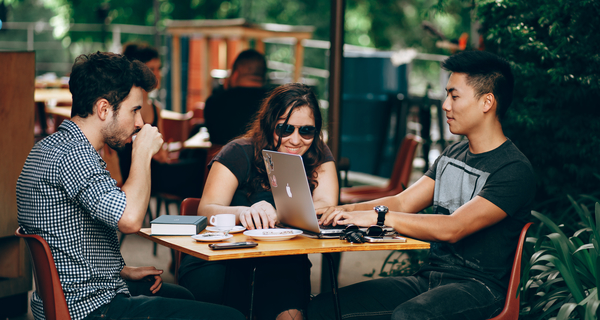 Why Chinese companies are embracing a slower culture

In a movie with Chinese kungfu star Jet Li, Alibaba Group co-founder and executive chairman Jack Ma defeats eight celebrity martial artists in just 20 minutes. Not only does the mini-film try to portray Jack Ma’s unbeatable position in China’s tech industry, it also references the most commonly cited similarity between the tech industry and China’s ancient martial arts: “There is no impregnable defense, only speed defines the winner”.

If you have been tracking the developments in China tech, it’s hard to ignore this trend: the life cycle of emerging industries—an initial boom followed by the multiplication of competitors and finally market consolidation—is dramatically shortened while startups are forced to move faster in a bid to stay ahead. Apart from startups, other parties involved, investors and regulators, for instance, are also forced to keep up with the shift.

Not every company, however, follows these principles. In fact, lots of entrepreneurs believe in something that’s completely the opposite. Instead of aiming for a breakneck development, they prefer a slower—but more deliberate—path.

Such examples can be found in all the hidden tech giants like hipster social network Douban,social video sharing app Kuaishou and smartphone maker OnePlus. They might not be the names you would find in tech headlines every day, but you know they are the brands that influence the lives of a lot of people.

Side effects of moving fast

Of course, being fast has its benefits, but it also brings side effects that are likely to burn you out before the race is over. A “speed for speed’s sake” approach is taking Chinese tech companies to extremes. Sometimes the battle fosters unhealthy practices.

A report from Tencent Tech notes that 80 percent of the country’s startups are exaggerating their funding rounds to create hype, intimidate competitors, or force higher valuations for later rounds. There might be short-term gains, but it will hurt the company by putting it in a position where it is not able to achieve sustainable growth in the long-term.

Endless marketing campaigns and public spats are other trends fueled by the need for speed. Defining how fast a company can go, especially in comparison with their competitors, could be something really serious for Chinese companies. Back in 2016 when Didi and Uber are deeply entangled in the land grabbing battle, both companies were in disagreement about who owns what in the ride-hailing market. This fosters competition that leads to irrational spending in operation and marketing.

More and more companies take it as a compliment when people call them slow. Because lots of entrepreneurs have achieved great success by adopting this deliberated approach, sacrificing some speed for a healthier outlook in the long-term does make sense for them.

“We would test our product before launch three times or more, even if it involves only a small feature update,” said Chen Danian, founder and CEO of Wifi Master Key, the Wifi hotspot sharing app that claims over 900 million users globally as of June 2016.

“When users are using Wifi Master Key 3.0 version a while back, our team already had a much more sophisticated 4.0 version ready. We postponed its launch for a small connectivity problem that was discovered in testing because we want to make solid steps in our way forward,” Chen told local media when explaining how slow culture influences the company.

In addition to the dedication to polishing products, another characteristic of the slow companies is that they choose to gain users through word-of-mouth rather than excessive marketing campaigns. Although this strategy might miss the chance to achieve user surge in short-term, it would build a group of dedicated core users with high user stickiness, which many see as an advantage for future monetization.

For Xiao Yi, founder and CEO of online tourism site Qiongyou, being slow is more about keeping track of your original goal and team culture. “While most fast companies take user demands as their No.1 priority, Qiongyou adheres to a core value that emphasizes the demand of employees. Firstly, it’s because all our employees come from our users. Secondly, they are the force that drives the growth of this company. From the beginning of Qiongyou, I tried my best to talk with every employee before they are on board to make sure that we could build a solid team, where every member fully understands the company culture,” he said.

It’s not an easy thing to do

“It’s difficult for tech startups to slow down in China since the market is usually filled with hypes from your competitors,” said Xiao. Apart from fierce competitors, investors are often believed as a major reason that fuels the fast culture.

The Didi and Uber China merger came after reports of mounting pressure from investors who were concerned Uber was wasting money in a market it could not win. The same reasoning is also behind Didi’s merger with Kuaidi, and most recently, the long-rumored merger between ofo and Mobike.

“Backing slow companies is not a common strategy for investors because most of them have return deadlines. This is a practical problem. The growth timeline for slow companies is challenging for most funds,” Ken Xu, managing partner at Gobi Partners, told TechNode.

“But slow companies are still the choice for top or mature funds, who have enough patience to lay out in companies they see long-term potential in. Just as the old saying goes—time is the best friend of good companies. In most cases, moving slowly in early stage does not mean there’s no potential in the long-term. Sometimes, the returns of slow companies are really impressive. … Also, slow companies tend to pay more attention to social issues and user experiences. This perspective may help the investors to better understand the technologies and business models of these companies,” he added.

Fast vs slow: Finding the best pace for you

“There’s a prerequisite in determining which path to take. Startups fall into different types: those want to solve immediate social problems and those to create social values in the long-term, or both,” Andy Li CEO of fintech startup Silot told TechNode. “Moving fast might be a better choice for the first category, and slow would be optimal for the second group, which could take their time in constructing a distinctive style and system.”

Moving fast is obviously still the mainstream mindset in driving Chinese startups and it’s still going to be for the short-term. We do hope, however, that more companies choose a reasonable pace.