Home Business Why Chinese millennials are choosing the rental lifestyle 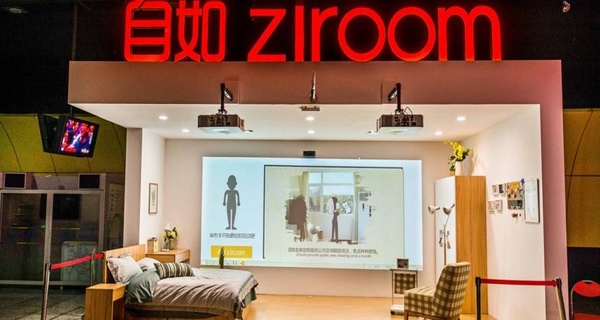 Why Chinese millennials are choosing the rental lifestyle

The emergence of the housing rental market could be the next major development in China’s dynamic but troubled real estate market. Inflated property prices and a young population moving away from traditional aspirations of home ownership has opened the door for companies willing to offer an alternative to the classic house-hunting experience. One startup that has made its name in this space is Ziroom.

Starting out as a small-scale project nestled under the umbrella of Chinese high-street real estate agent Lianjia, Ziroom is now a frontrunner in the market for so-called “branded rentals,” defined loosely as properties refurbished according to a standardised template and supplemented by various add-on services such as cleaning. Since going live in 2011, Ziroom now offers over 500,000 listings to some 1.2 million tenants across China, according to estimates by the Wall Street Journal, and shows few signs of slowing down.

Ziroom was spun off from Lianjia in 2016, allowing it to consolidate its remit as a leading provider of branded rentals to China’s newly-graduated urban millennials, as well as seek funding sources independently. In January, Ziroom raised $621 million from an investment group led by Warburg Pincus and which included major players such as Tencent and Sequoia Capital. The fundraising round gave Ziroom a $3 billion valuation, making it China’s first rental housing “unicorn” (startup worth $1 billion or more).

The company’s extraordinary growth is testament to the rapid social and economic changes taking place in today’s China. Forecasts by financial firm Orient Securities Co estimate the house rental market in China will reach Rmb 4.2 trillion ($664 billion) by 2030—that is almost 1.5 times the country’s total rental income and equivalent to about half of all home sales last year.

Firms like Ziroom have ridden a wave of favourable policies from Beijing, for which a stronger rental sector fits neatly with its goals of cooling the overheated property sector. The average house price in Beijing, Shenzhen and Shanghai is now over 40 times higher than the per capita annual income level in those cities. That is higher than any other major city in the world, and more than double the level in Paris and New York, according to the Financial Times. And while there has been evidence that the property market is cooling in China’s top-tier cities in recent months, prices in many smaller cities are still skyrocketing at double-digit rates.

In response, the government has begun rolling out a number of incentives designed to make renting a more attractive option. For tenants, protections against unwarranted rent increases and evictions have been put in place and pensions deposits have been made available as a cash source for renting purposes. Property owners, meanwhile, have been given tax deductions if their income falls beneath Rmb 360,000 ($54,000) per year. Rental companies can also trade publicly much more easily thanks to a lowering of the requirements for REIT (Real Estate Investment Trust) status. Mofang was the first company to take advantage of this, issuing the first securities backed by future tenant payments in January 2017. Seven months later, Ziroom raised 10 times that sum.

But a friendly regulatory environment is just part of the story. Ziroom is also tapping into deeper cultural factors pulling young Chinese to the rental market.

Whereas for older generations – and indeed still the majority of millennials – buying a house is considered both a proxy of success and often a prerequisite for marriage and a family, more and more youngsters are craving flexible housing arrangements that suit an increasingly experience-driven lifestyle. Popular online property directory 58.com estimates that of the 190 million tenants in China’s cities, 95% belong to the millennial “do not buy” generation.

For these customers, renting leaves open the luxuries of changing jobs, moving to a new city, and in light of China’s skyrocketing house prices, more disposable income to enjoy the urban lifestyle. In a survey run by the Chinese Academy of Social Sciences on 1,400 recent college graduates, over half said they would choose long-term rental over the financial constraints that come with monthly mortgage payments. Only a third opted for home ownership at the cost of a higher standard of living.

Ziroom has made this millennial mind-set the core of its business model. The company’s Chinese name – 自如, zi ru, or “care free” – sets out a clear target market and philosophy for potential customers. Upon creating a profile on the app, “Ziroomers,” as they are known, are inducted into a huge, active online community where apartment-seekers can chat, shares stories and reviews, and even attend offline social events. In a demographic where mobile phones are used in every facet of one’s daily life, a strong, relevant online service is essential.

The Ziroom app provides millennials with the kind of frictionless, mobile-centric experience young people have become accustomed to through using food-delivery apps like Ele.me or online-payment services such as Alipay and WeChat Pay. Users can browse a directory of newly refurbished listings, arrange viewings and upload employment and credit information provided by Alibaba’s Ant Financial through the app to finalise a deal with a minimum of hassle.

Ziroom tenants can also choose from a range of add-on services that help provide them with the care-free urban lifestyle they are seeking. The company currently offers four product types. Its two core branded rental options, “Friendly Home” and “Full House,” were the first products that allowed Ziroom to distance itself from the standard services of under-furnished, “bare-bones” properties listed by other property agents. Tenants have the option to select their bedroom furnishings and are eligible for Ziroom-provided services such as cleaning and trash collection. This holistic approach to rentals was taken to the next level in the most expensive and recent tier, which offers living units in a larger co-living space like an apartment block. Based on the WeLive concept developed in the US, tenants here have access to social spaces such as lounges or cafes and properties are exclusively found in areas of high foot traffic with cheap restaurants and supermarkets nearby – the natural habitat of a Chinese urban millennial.

Convenience for the property owners is similarly placed at a premium. Ziroom takes over much of the hassle of property management from landlords in return for a fee, which can range from 5% to as high as 60% of rent payments. All payments, repairs or complaints can be made through the app’s messaging service, to be dealt with by Ziroom staff, so owners have greatly reduced responsibility for basic maintenance. Ziroom even promises to cover 15 days’ worth of rent in the event of a property lying vacant.

Nevertheless, as with any maturing market housing, rentals could be on the verge of becoming a much fiercer competitive space, threatening the long-term profitability of players like Ziroom if they are unable to adapt. Rising rental costs in major cities are pushing agents to get in early and sign longer contracts with developers in more expensive areas, despite the cost of higher capital expenditure and higher vacancy risk in an industry that already operates on small, precarious margins.

There is also the threat from traditional real estate developers increasing their exposure to the rentals market, especially if there is expectation that the government will move to place a tighter lid on home purchases. Firms like Port Apartments, owned by real-estate giant Vanke, benefit from massive scale and experience, allowing them to build and rent out huge volumes of living space at low construction costs. Launched just three years ago, Port Apartments already manages 100,000 listings in 18 major Chinese cities.

To hold on to their market share, the likes of Ziroom may need to double-down on their USPs of multi-tiered products and add-on services while taking a hit to profitability. Headwinds may be accumulating for the startup, but the confidence shown by big-name investors in this year’s fundraising round coupled with a youthful, innovative company culture suggest Ziroom is in a good position to weather them.