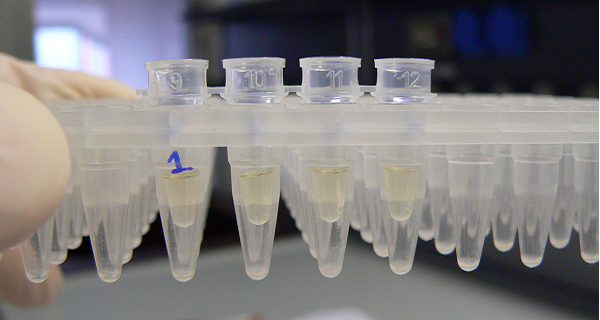 Why the hype around China’s biotechnology industry may be overblown

An atmosphere of optimism surrounds China’s biotechnology industry. Investors are bullish about the potential of the enormous domestic drugs market to surpass that of the US, and money is pouring into homegrown companies. But if China is truly to become a biotech powerhouse, its companies need to become innovators, not just followers.

It’s easy to understand investors’ excitement. The domestic market for drugs is indeed huge, and growing. In 2015, sales of biopharma products stood at $115 billion, making it second only to the US, and all indicators are pointing to continued expansion. Drug developers have an incomparable opportunity to take advantage of an ageing, increasingly health-aware society. This should allow that aspect of the biotech industry to emulate the rapid success of other consumer goods and services industries.

Investment has been hot, heavy, and strengthens day by day. In the past year, Chinese biotech companies have raised almost $3bn from market listings. Factor in licensing deals with overseas companies, and this figure jumps fourfold, according to consultancy firm ChinaBio. More and more high-profile deals are being announced, such as Nasdaq-listed BeiGene’s recent agreement to sell overseas rights to a cancer drug to US firm Celgene for $263 million and a further $980 million associated with future sales. With the recent announcement of planned reforms to the profit and revenue requirements of the Hong Kong Stock Exchange, which will it easier for mainland biotech companies to list on the board, Chinese companies will feel that they can look forward to an endless stream of capital.

More positive indicators are coming from the R&D side of the industry. In 2012, a maximum of 240 new molecules were being developed at any given time; in 2017, the figure reached 800. According to a study conducted by McKinsey, 80 of these were in phase III of clinical trials by the close of the year, meaning more good ideas getting into the hands of more consumers, more quickly. If growth is your investment strategy, Chinese biotech would seem a golden ticket.

Less attention is being paid, however, to the drawbacks of the Chinese industry, which can be dangerous in a market as large and idiosyncratic as biotech.

On the simple issue of scale, China still has a long way to go. Chinese biopharma may be the second largest in the world, but when compared with the US, recent performance is not so impressive. In sales terms, the Chinese market is still only a quarter the size of the US, and even the largest Chinese firm would be dwarfed by the likes of Pfizer or Johnson & Johnson. The key difference between the two industries, however, lies not in consumption, but innovation.

The US, with its many established research hubs, accounts for 50% of global drug innovation, whereas China is responsible for only 4%. This closely correlates with China’s share of global R&D expenditure, according to research group Evaluate Pharma. The innovative impact of the entire industry of China, therefore, is comparable to a single, large US firm.

Chinese companies’ lack of ground-breaking ideas becomes clear when you look at their pipelines. There is an abundance of so-called “me-too” products, those that are similar to existing medicines and aimed primarily at domestic consumers, which limit the global potential of many market leaders in China. Zai Labs, for instance, mainly operates by buying licenses from large multinationals and developing drugs for Chinese use. Products from the other end of the spectrum, “first-class” or “best-in-class” products, are much rarer. Biotech success requires good ideas, a free regulatory environment, and lastly, people to sell to. In China the first stage has not yet been given precedence.

“There is a little bit of innovative work, but this is also largely copycat. So, the promise of a large talent pool and lower-cost R&D has not really delivered,” John Wong, Chairman of Greater China for Boston Consulting Group, told Bloomberg. “Their pipelines are not very attractive. There are exceptions, but I think they have to be much more cost-conscious than they have in the past.” Awareness of this has even led some foreign companies to scale back their exposure in China. US firm Eli Lilly and UK-based GlaxoSmithKline have both announced plans to cut research teams in China, amid concerns that valuations for innovative domestic companies are becoming inflated.

For innovation to grow, it will take more than just large sums of dollars flowing across the border. There are structural weaknesses that may only develop with time. According to Frank Jiang, CEO of CStone Pharmaceuticals, China’s vast pool of skilled, but inexperienced workers lack sophistication in many areas where their US counterparts excel. “These graduates lack problem-solving, strategic-thinking, communication, cross-functional teamwork, and leadership skills,” he said in an interview with McKinsey. “I would say maybe a small fraction of that pool is competent with respect to a comprehensive skill set.”

Domestic biopharma companies are also wanting at the top level. World-class CEOs and executives with multinational corporation experience of greater than a few years are hard to come by. A premium is placed on skilled returnees after stints abroad.

Biotech in China undoubtedly has its strong points, namely growth, size of the consumer market, and an enthusiastic audience of investors. But the market is still relatively young, and so will continue to punch below its weight in certain areas until the economy and wider scientific community matures.

In the next five to 10 years, such structural obstacles may begin to give way, and there is the benefit to Chinese companies that the government actively wants to facilitate this. The Chinese Food & Drug Association, for example, has now adopted the global definition for new drugs and will accept data from overseas clinical trials in its application reviews – a move that has already cut approval times to 22 months, almost half of what it was just four years ago.

The underlying point, however, is that there is more to an industry’s potential than just a large domestic market.