Home Business Why so insecure? 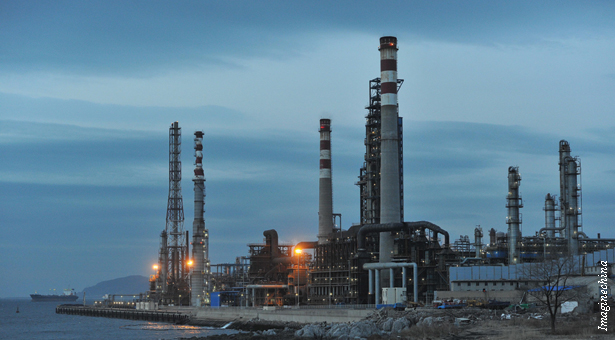 Chinese motorists are keeping the country’s policymakers awake at night – and not because they are driving past officials’ windows as they try to sleep.

Rather, the rapid increase in car ownership in China – from 44 cars per 1,000 people in 2010 to potentially more than 200 per 1,000 by 2020 – has officials concerned about how the country will have enough gasoline to fuel these cars, said Simon Powell, head of Asia oil and gas research at investment bank CLSA. “That keeps Beijing awake at night trying to source all this oil they’re going to need.”

It has also led China to sign a landmark oil deal with Russia to import 1 million barrels of oil per day by 2018 and also to build a nearly 800-kilometer oil pipeline from Myanmar slated to open as early as May. Powell, as well as senior economist Matthew Parry at the International Energy Association, said that these developments are less driven by economic principles and more by China’s insecurity about its energy supply.

Certainly, China needs the oil. China’s oil demand has already been growing rapidly with consumption of the commodity doubling to 9.8 million in 2011 from 4.8 million barrels per day in 2000. Officials had a major wakeup call in 2011 and 2012 when Chinese imports of oil surpassed domestic production, Powell said. China produced 4.4 million barrels per day in 2011, according to the US Energy Information Administration, with the rest presumably made up by imports.

Where to get all of this oil? China imports roughly half of its oil from the Middle East as of 2011 with Africa accounting for roughly 25%, according to the CNPC Economics & Technology Research Institute. One oil economist told CHINA ECONOMIC REVIEW last year that the Middle East’s share of Chinese oil imports could grow to 60% by 2020 and 80% by 2030.

While China could meet its oil needs by importing by sea from the Middle East and Africa, that prospects makes policymakers nervous. A substantial portion of Middle Eastern oil is carried by tankers  through the narrow Strait of Hormuz, a potential choke point in the event of a US conflict with Iran, to reach the Indian Ocean. Then, virtually all oil from the Middle East and Africa – or roughly 80% of China’s total oil imports – passes through the Strait of Malacca, another narrow body of water between Malaysia and Indonesia that could easily be cut off in the event of a conflict. It then must traverse the South China Sea, where tensions have flared in recent years between China and rival claimants such as Vietnam and the Philippines, before reaching port on China’s eastern seaboard.

Hence, China’s drive to secure more overland routes for shipping oil, such as the deal with Russia and the partnership with Myanmar to build a pipeline. China National Petroleum Company also signed a deal to expand the China-Kazakhstan pipeline last week. “They don’t want any one or two countries being their dominant supplier, which is sensible,” said Parry of the IEA.

The Myanmar pipeline, however, won’t provide a new source, just a new route. “All this pipeline infrastructure being built reduces the dependence on imports through sea,” said Sushant Gupta, a senior analyst at energy research firm Wood Mackenzie. “But their dependence upon OPEC and upon the Middle East crude will still be quite significant.” Middle Eastern oil would merely be unloaded in the Bay of Bengal rather than having to travel to China’s east coast. But having many routes will nevertheless reduce the risk of catastrophic oil shortfalls if a single route is disrupted.

It’s not solely about risk reduction though: The oil will reach inland areas that need it most and help speed growth there.  The piped in oil, especially from the Myanmar pipeline, will also go to refineries being built or already finished in Yunnan province and the Chongqing municipality, Gupta said. This oil will reach inland areas where demand for the commodity is growing rapidly, since Chinese growth is shifting inland, and where supply is tightest.

The impact of these new oil routes and sources shouldn’t be overstated, however. For example, 1 million barrels per day from Russia in 2018 would potentially only account for one-sixteenth of China’s oil consumption, Powell said. That’s meaningful, but China will still be reliant on oil coming through the Strait of Malacca. The Myanmar pipeline would provide even less than that, roughly 440,000 barrels per day.

If needed, China could continue to increase oil imports from other sources, such as Venezuela, Parry said. The country has close economic ties with the anti-US administration of Hugo Chavez and could be in a position to push through more deals with incoming President Nicolas Maduro, seen as Chavez’s political heir.

But to increase its oil security, China cannot only concern itself with securing supplies but should also reducing demand. “China has said that it wants to reduce its oil import bill, but we maybe need to see more concrete plans about how it’s going to reduce its oil import bill,” Parry said. For example, China would be well positioned to promote natural gas-powered cars to cut oil demand, he said.

China could more generally try to replace its consumption of oil with natural gas, a cleaner fuel that China potentially holds massive deposits of. The shale gas revolution in the US, which has the country on track to become a net exporter of the fuel, has stirred feelings that China could duplicate this success, said Wang Jintao, an oil products analyst at commodity research firm Zibo Zhongyu Information Technology. “It won’t take a long time for China to become the largest oil import country, which is horrible for us,” he said. “That’s why China has been seeking to develop unconventional oil and gas resources in recent years.”

China has similarly large, and perhaps larger, deposits of shale gas compared to the US. But with both technical and commercial obstacles to extracting shale gas in China, such a Chinese natural gas revolution appears far off.

For now, China’s strategy of diversifying sources and routes for oil seems sensible. That might allow Beijing policymakers get some sleep – and perhaps have fitful dreams of a shale gas revolution.