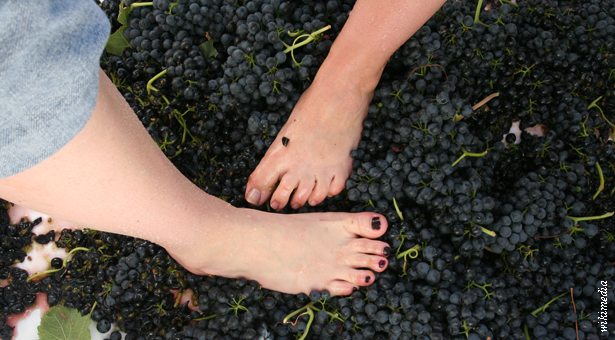 Some vintners in Italy last week may have stopped stomping grapes and frantically opened their Chinese dictionaries. The vineyards in the EU’s wine-producing regions have 10 days to get the language down pat, so they can respond to a trade probe that asks for heaps of documents typed out in Chinese.

Of course, most European winemakers will not learn Mandarin themselves – especially in under a fortnight.

But after China announced its investigation on June 30 into whether EU exporters were dumping wine at below cost in the mainland, many companies have no doubt sought out Chinese-speaking lawyers that will help them comply, and remain a part of the Chinese wine import market that was worth an estimated US$1.7 billion last year.

China has already exacted quick compliance from a few large, international companies. Since June, regulators have launched several anti-dumping and anti-trust probes into large Western firms and into industries such as wine.

When the National Development and Reform Commission in late June said that foreign baby formula brands were fixing prices, France’s Danone and Switzerland’s Nestle said within only a few days that they would lower prices up to 20% to appease the regulator. The investigation is still pending.

Since then, the government has launched anti-trust investigations into Tetra Pak, a Swiss firm that makes packaging for beverages, and into the New Zealand dairy company Fonterra Co-operative Group. British pharma company GlaxoSmithKline is also undergoing a drawn out criminal investigation for corruption in China.

But a probe into winemakers will likely be far more painful than the other investigations into large Western firms.

Baby formula makers such as Danone and Nestle have substantial presences in China, including Chinese-speaking staff and likely local legal teams.  “Just as long as they respond quickly, these firms shouldn’t have too much difficulty in complying with an investigation,” Michael Gu, a Beijing-based lawyer at AnJie Law Firms said, noting that his firm was recently approached by a foreign company targeted by a government investigation.

For many in the wine industry, however, the probe will be the first real contact they have with China, should they choose to comply. The EU wine market is composed of thousands of small vineyards often with no representative office in China. Many companies sell their wine to traders who then bring some of those bottles to China.

To participate in the investigation, wineries will need to translate a long list of documents into Chinese. The documents must then be submitted to two different departments at the Ministry of Commerce. Wineries will also need to hire a Chinese lawyer to do the work on the ground for them in Beijing.

Some may scramble to take these steps by the fast-approaching deadline, but others will find the process more trouble than it’s worth.

“It’s the pure logistics of getting it done,” said Georg Berrisch, a Brussels-based lawyer at law firm Covington & Burling who specializes in anti-dumping cases. “For the individual producer to participate, they will probably say, ‘This is going to cost me too much.’ They’ll say, ‘It’s not worth it for me to have access to the Chinese market.’ ”

Companies that abstain from providing the paperwork won’t be barred from the market. They will, however, face the risk of China imposing duties against them for non-compliance. This is just one of several decisions the regulator will make after it collects data.

The government could hit the non-compliant companies with what are known as residual duties, or often high tariffs meant to punish those that don’t participate in investigations, Berrisch said. If a firm has dumped wine into China, it might choose to not submit paperwork because the cost of not complying could be lower than being fingered as a dumper.

If dumping practices are found among EU wineries, China will then likely decide to levy one of two types of tariffs. The future prospects of many wineries depends on whether the government imposes duties on the volume of the wine, or on its value.

A flat tariff rate on volume could hurt small winemakers more, Berrisch said. Under that system, the cost per liter would be the same for cheap and pricy wine. This is a frightening prospect for some smaller vineyards, which are already price sensitive.

A tariff on value would more evenly account for differences in quality and have a comparable impact on wineries of all sizes.

Winemakers shouldn’t be too surprised by the potential for these tariffs. Berrisch said rumors about a wine-dumping probe surfaced last August, and many producers may have caught wind of it even earlier. Companies serious about staying in the Chinese market will have already brushed up on their Mandarin or hired a Chinese lawyer in Beijing.

“This information about the investigation has been there for a long time. They should have prepared to cooperate,” he said.