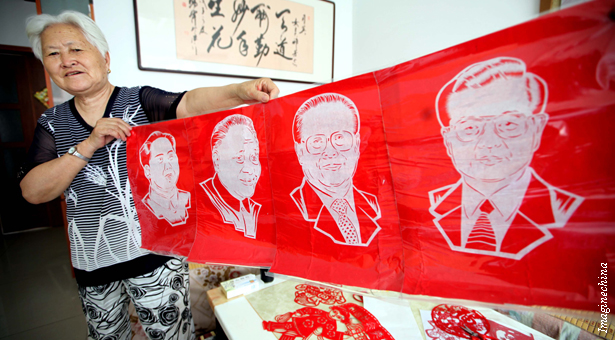 When China’s former president handed over the reins of power and exited the stage with a bow on March 14, where exactly did he go?

The new administration that picked up where Hu Jintao left off has captured front pages around the globe and generated much speculation on which direction it will take the world’s second-largest economy.

At the same time, Hu has dropped out of sight and into a mysterious state of retirement maintained by a host of Communist Party elders but is still the apparent head of the informal political faction known as the Communist Youth League clique, a group of leaders who arose out of the ranks of the communist party’s youth organization.

Just like his predecessors, Hu will probably find the free time hard to bear.

The affixation “former” fails to capture the continuing influence of the former leader’s first 10 years outside officialdom. Hu Jintao will exercise his clout through the many officials still in office who owe their allegiance, and often their careers, to him. His clique, often at odds with new president Xi Jinping’s own political faction, will once again fill many top leadership positions after the next power shuffle in 2017 when many leaders will hit official retirement age.

Though he’s not expected to wield as much backroom power as those former presidents that came before him, or exert day-to-day influence, Hu is certain to reappear as a force of influence on economic policy and major decision making.

His legacy, however, has yet to be written. China’s economic success or failure in the decade to come will likely shape the image of the leader the world reads about in history books.

Jiang Zemin, the president and party chief that preceded Hu, has been a strong influence in Chinese politics since he gave up the presidency in early 2003. Unlike Hu, Jiang held steadfastly to his role as head of the People’s Liberation Army for two years after giving up the main leadership spots, a move many said displayed his desire to hold on to power.

Although rumors of his death circulated in 2011, Jiang was a key player in appointing the leaders that took control of the government last month, especially now-president Xi Jinping, an ally of Jiang’s and a member of the political faction known as the Shanghai clique.

Jiang isn’t the only one to cling to power after his term since the death of Mao Zedong. China’s paramount leader Deng Xiaoping held China on it’s course for reform well into his retirement.

As conservatives attempted to pull back on economic reforms in the wake of democracy protests in Tiananmen Square in 1989, Deng reappeared from retirement to take a trip to the special economic zone in the southern city of Shenzhen, rallying support for China’s economic opening.

In retirement, Hu will not be as influential as a Deng or a Jiang behind the black curtain of Beijing politics, experts said. As president, he did not seek out the spotlight as much as Jiang. However, Hu could use his still formidable power as president emeritus to defend policies he backed as supreme leader.

Hu’s 10 years in power brought major pushback against reforms that worked to break apart state monopolies. Where Jiang welcomed entrepreneurs into the party and drastically reduced state employment, Hu boosted the role of state firms and small and medium businesses struggled to gain access to credit. His policies lead to an dynamic called guojin mintui or “the state advances the, private sector retreats.”

“The non-state sector under Hu didn’t have it so great,” said Kerry Brown, a professor of Chinese politics at the University of Sydney. “Hu’s program in the past ten years has been a very conservative one.”

This conservative program will be tempered by what is expected to be a more reformist leadership during the next five years.

Chinese politics is spliced into political factions. The Youth League clique, while generating its power from a large number of officials with patronage to Hu, lost several key spots at the highest reaches of the government during the March power shuffle. The administration is now dominated by so-called “princelings,” a major political faction with blood ties to the founding fathers of communist China.

Hu and his Youth League clique in the lead up to the changeover made concessions to Xi’s faction in order to maintain unity at the top levels of the government. And they had good reasons to do so.

For one, Hu’s power base has formed an alliance with Xi’s princelings and Jiang’s Shanghai Group that keeps other smaller factions out of power, said Zhang Lifan, an independent historian and former professor at the Chinese Academy of Social Science.

More importantly, the leaders that took the stage in Beijing last month have only the next five years as a majority force in the government. At the end of Xi’s first five-year term (he’ll serve two if he follows the framework of the past two leaders), five of the now-seven-man politburo Standing Committee will retire, welcoming in a wave of Hu loyalists who have gained prominence in the Central Committee, a step below the Standing Committee, Zhang said.

Unless those hitting the retirement age of 65 can manage to cling to power, control of the State Council, China’s cabinet, will turn over to the Communist Youth Leaguers as well.

What this means for economic policy in 2017 is uncertain. A major characteristic of Hu and his clique is a lack of characteristics or guiding themes other than some of the bland and over-simplistic ideology introduced during the past 10 years.

“The Communist Youth League is a clique fundamentally without ideology,” said Zhang, who researches China’s leadership and the distribution of different factions or cliques throughout.

China watchers will recall some of Hu’s ideological antics, namely the articulation of “scientific development” and “harmonious society,” two roughly framed concepts that asked the party and the people at large to disregard superstition and maintain social stability, even at the expense of personal freedoms.

Hu attempted to manufacture a culture around the two “but, we all know, it’s not like these are groundbreaking ideas,” Brown said.

Hu was an ideological lightweight compared to the likes of Jiang Zemin and Deng Xiaoping. Jiang’s “Three Represents,” which detailed the Communist Party’s role in a changing and increasingly market-based society, has become a classic alongside mainstays such as “Deng Xiaoping Thought.”

Deng’s infamous slogan – “Development is the only hard truth” – still hangs from billboards in heavy industry zones around the country will not soon be substituted for “the eight prides and eight shames,” another Hu-era mantra that sought to teach elementary do’s and don’ts but found little connectivity in the hearts and minds of the people. In the end, Hu’s paper-thin ideological campaigns will likely be forgotten.

Perhaps one of Hu’s greatest legacies to future leadership was embedded in his departure. Hu was widely expected to relinquish power to Xi in three steps, the final installment being command of the military in 2015. But unlike Jiang, Hu gave up that control last November, smoothing over questions regarding a potential period of power sharing.

“He set a very clear precedent for transition by giving up that chairmanship [of the Central Military Commission],” said Nicolas Consonary, a senior China analyst at political risk consultancy Eurasia Group. “It was a clear signal politically that he was less interested in become an impediment or an obstacle for the new government.”

Several analysts agreed that Hu would not share Jiang’s penchant for attentions and influence into the first five years the new administration,
as long as it can maintain political and economic stability. It’s during crises such as the recent Bo Xilai scandal, or political transitions such as March’s leadership swap, that Hu will exert influence, Consonery said.

Whether he’s resting beneath a tree in the Zhongnanhai compound or sunning on the beachside cadre resort Beidaihe for the time being (actually it’s unclear what he enjoys doing), Hu has a busy 10 years ahead of him. But it’s these years that will solidify his legacy.

The full economic effects of the Hu decade have yet to completely play out. If China can transition from a period of breakneck growth highly reliant on exports and government spending into a slower growth model based on domestic consumption, the former president will look praiseworthy. Although Hu shied away – or ignored – political reforms, the economic progress he marshaled may prepare the country for greater changes in laws and regulations. In this case, he may be forgiven for his abject disinterest in improving China’s political sphere.

Hu must hope this happens under Xi’s administration. If many of China’s current ailments such as environmental degradation and increasing inequality ensue, Hu will look awkward among the names of seniors Deng and Jiang.

“His legacy is now in the hands of his successors,” said Brown at the University of Sydney. “If there are massive problems in the years ahead, if there’s instability, division within power, I think we’ll look back on his time in power as a missed opportunity.”