Home Business Backed into a corner 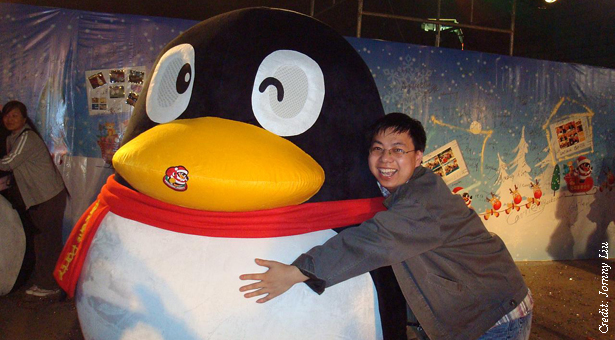 Backed into a corner

Alibaba and Sina will make for formidable partners and likely have other industry heavyweights on the backfoot. Alibaba is the country’s largest e-commerce company with a near monopoly on the industry through its Taobao and Tmall online sales platforms. Weibo, owned by Sina, is China’s leading social media service.

Notably under threat are Tencent Holdings and Baidu.com. The Alibaba-Sina deal will better be able to oppose the rise of Tencent’s social media chat service, WeChat, which has been a runaway hit for the company that previously relied on a more traditional instant messaging service and online gaming. Baidu, the country’s leading search engine, may find a rival to its dominance in online advertising after the Alibaba and Weibo tie-up. Both companies will need to adjust strategies to fit the new landscape of the online battlefield.

Baidu’s main moneymaker is online advertising – it holds 30.9% market share in ad revenue as of 2012 – associated with its lock on the search engine market. While Alibaba and Sina may not seem like a direct threat in the online ad arena, Alibaba is deceptively the No. 2 player with a 15.3% market share.

The fear for Baidu is that Sina might limit its access to real-time searches of Weibo content, as investment bank Citi pointed out in a recent note last week. (With commanding 80% market share in search, Baidu is unlikely to be barred from Sina content outright, however.) Alibaba could also direct its vendors to advertise more on Weibo and could try to make the microblog service a more prominent entry point to its Taobao and Tmall sales platforms rather than Baidu searches.

Tencent, by contrast, mostly faces a threat to its Wechat social chatting service. That service, which allows instant messaging with friends that is more intimate, had been gaining users far faster than Weibo and appeared to have stolen the online momentum that Weibo previously had. The Alibaba-Sina deal, however, means it will no longer be “a one way street where WeChat just wins wins wins,” said one analyst, who requested not to be identified because he was not authorized to speak to the media.

Both Tencent and Sina have struggled to monetize their respective social media services and now Sina will clearly take the lead. The Alibaba deal will bring Sina US$380 million in ad and e-commerce revenue over the next three years.

Baidu’s challenges may seem distant from Tencent’s, but the goal for all companies is similar: attracting users who have a finite amount of time to be online, regardless of whether they are browsing for  handbags, watching the Big Bang Theory or chatting with friends. Each firm wants to maximize the time spent on their service and then try to get the most money out of those users. The Alibaba-Sina deal will attempt to fence users further into the two sizeable realms of each company.

Tencent and Baidu will need to take very different approaches in this fight for user time and money. Baidu has already decided that rather than going head-to-head with Alibaba and Sina, it will bet on online video as a way to advertise. The search company consolidated its control of video streaming site iQiyi in 2012 and announced Tuesday that it would buy the video unit of PPStream.

Baidu will go up against a different set of players in video. The recent deals will give Baidu a combined market share of 16.1%, leapfrogging it past Sohu with 10.3% to the No. 2 spot behind Youku-Tudou with 21.5%. PPS is also particularly strong among mobile users, a space that is still underdeveloped and that most companies see as the next frontier.

Unlike Baidu, Alibaba and Sina, Tencent does not have the option to look outward and merely buy or partner up with other players. Tencent will undoubtedly continue to make small acquisitions, but there aren’t clear deals to be made that would come close to rivaling that of Alibaba and Sina.

Instead, the company must look inward to innovate and get netizens to spend time and money on their services, rather than merely buying users. The number of WeChat downloads continues to grow, so the key will be making money off of that expanding user base. The company is already taking steps to do that by adding the ability to make purchases from within the WeChat app.

That alone won’t be enough. Tencent has its work cut out for it, with less than 5% share of both business-to-consumer online sales and the advertising market in 2012.

But if any company can innovate itself out of a tight spot, it’s Tencent. The firm has proven to be one of China’s the most dynamic internet companies in the past. The company first succeeded with its traditional instant messaging service QQ but later found success in online gaming.

As online gaming growth slowed, Tencent again delivered with WeChat. Two years ago, few would have predicted the runaway success of the mobile social messaging service given the newfound dominance Weibo. The app has the potential to go global, which would be a first for a Chinese internet service.

Unable to buy its way to growth like Baidu, Tencent has both the track record and the need to innovate. The Alibaba-Weibo tie up may have been the most recent event to shake up the Chinese internet. But Tencent may be the company to watch for the next major internet game changer.