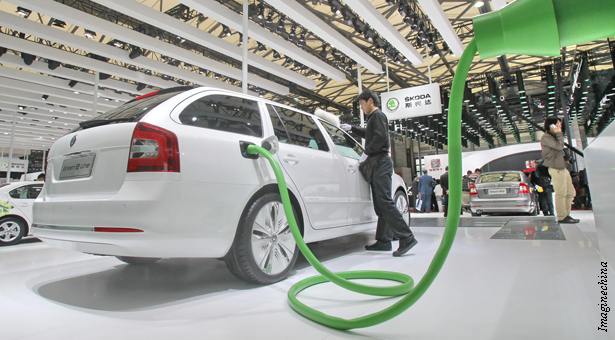 Anyone in China looking at the smog outside their window might be shocked to learn that China is a leader in any kind of green technology. That hasn’t stopped many in the auto industry from proclaiming that China will lead the charge to save the electric car.

Of course, it’s easy to lead an industry where competition has dried up. Functional electric cars have existed since at least the 1990s but have stalled in the West because they are too inconvenient and expensive to appeal to average drivers.

China is certainly doing more than most countries to make practical electric cars a reality. Auto and battery maker BYD led the charge by unveiling a fully electric vehicle in 2011, while Wanxiang Group won its bid for bankrupt A123 last year, giving it the battery technology to make electric vehicles. Geely Automobile appeared set to join them with what seemed to be its imminent acquisition of US electric car maker Fisker, also on the verge of bankruptcy. But that deal has reportedly fallen apart.

Far from missing out on China’s rush to develop electric cars, however, Geely may have dodged a bullet. On the surface, it may appear to be the right time for Chinese auto makers to go electric. After January’s so-called airpocalypse in Beijing, government leaders have pledged to curb runaway pollution, including cutting back on vehicle emissions. In the weeks to come, that will likely translate to a concrete plan to further promote electric vehicles, including more subsidies to bring down the high sticker price on such cars, argued one investment bank analyst, who requested not to be identified.

Companies and the government, however, need to differentiate between policies that will succeed in putting a large number of electric cars on the road and those that will merely finance the continuation of a moribund industry. “It’s a great idea and a worthwhile ambition, but there are genuine, really big obstacles between here and viable electric vehicles,” said Michael Dunne, head of the independent auto consultancy Dunne & Company. Electric vehicles cost too much, the distance they can be driven on a single charge remains too short and China lacks of sufficient charging stations, he said.

Scott Laprise, a Beijing-based auto analyst at CLSA, is similarly skeptical of electric vehicles but points out another reason why the government and companies have pushed “EV” technology. “Why do they bother? Why go with all this talk and push EV EV EV?” Laprise asked. “The only answer I can come up with is it’s good news.”

By announcing plans to support electric vehicles, the government generates positive publicity and gives the appearance that it is doing something about pollution. That directs attention away from factories and power plants, the main source of air pollution, as cars themselves produce relatively little pollution. The density of cars is far higher in places like New York City or Los Angeles, but those cities aren’t nearly as polluted as Beijing, Laprise argued.

Public transit and taxi fleets are one of the few areas where electric vehicles might be feasible in their current form, said Laprise and Dunne. Public buses have set routes and charging stations could be set up along those routes. Taxis have down time throughout the day, and a taxi driver could recharge his car during lunch, for example. The scale of such fleets could make electric cars more cost effective. BYD has already gone that route, selling some 700 electric buses and 1,700 electric cars, mostly for use as taxis, in 2012.

A consumer likely can’t justify the current cost of buying an electric car, even with subsidies, but there are other creative ways that the government could get people to buy, Laprise said. “Where they could really make this work is to create a lot of rules where everybody gets away with murder if you drive an electric car. You can drive in a bus lane, free tolls, taxes go down, maybe cheaper fuel,” he said. Or the government could allow electric cars to circumvent restrictions that certain big cities have that only permit driving on certain days, depending on the car’s license plates. “Then it would be a situation where people don’t want the car but they make it so convenient that you get one.”

Without such incentives, consumers, in the end, may be better off leaving electric vehicles to bus and taxi fleets and waiting for more promising alternative energy cars to come. Fuel cells, most commonly powered by hydrogen, seem promising as the cost comes down and existing gas stations could be fitted to refuel such cars, Laprise said. That could happen quickly if the government started promoting development of such fuel cells instead of electric cars, he said.

For now, promoting hybrid vehicles that have gas engines and small rechargeable batteries would be the most practical way to entice consumers into cutting emissions. Hybrid technology has proven popular in the US, even if it’s still a small subset of overall drivers there.

But, when China began promoting alternative vehicles in the late 2000s, it skipped over hybrids because that technology is mostly owned by Japanese automakers that the government did not want companies to rely on, Dunne said. “[China] preferred to say, ‘You know what, Japanese, you do the hybrids. We’re going past you with electrics, and we’ll lead the world in electrics, and we’ll own the technology.’”

Since 2009, policymakers have only been talking about electrics, although that could change in the weeks to come. With little progress toward an appealing fully electric car, the government could put aside their pride and use hybrids to start cutting emissions now while waiting for batteries to become less expensive and for fuel cell technology, which likely won’t hit the market until after 2020, Dunne said.

Even then, if the US is any indication, hybrids likely could only subsume up 5-10% of the car market in China, he said. That would have only a minor impact on emissions. But at least that would be a step in the right direction for an alternative car industry stuck in neutral.