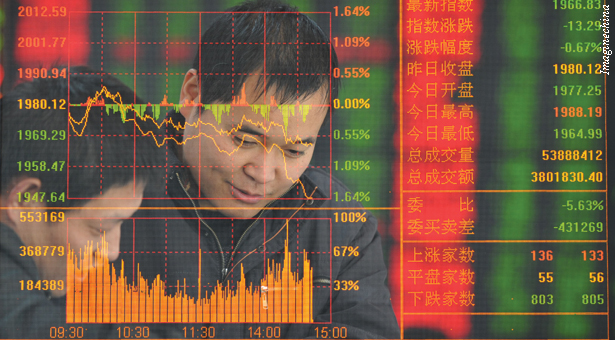 Truths regarding the future of China’s securities regulator were weeded from rumor this week as the curtain fell on China’s National People’s Congress. Guo Shuqing will leave the chairmanship of the China Securities and Regulatory Commission, where during his 18-month tenure he pushed through about 70 regulatory revisions to China’s securities framework. Xiao Gang, the former chairman of Bank of China, will take up the mantle.

During the the National People’s Congress, which ended Sunday, speculation was rampant about Guo’s future role. Reuters reported he would run China Investment Corporation, China’s sovereign wealth fund, while still manning the securities regulator. They were wrong. Just days later, South China Morning Post reported he would become the governor of Shandong province. A government website on Wednesday said he would move to deputy party chief in the province, a demotion by initial appearances although the full significance was not immediately evident.

While Guo’s future remains in doubt, Guo’s impact on the Chinese financial system is clear. The Oxford University-educated scholar, although holding his position at the CSRC for less than two years, made astonishing progress during that time. Most notably, he partially opened China’s stock markets to foreign investors and reduced prohibitive trading fees. Despite these key reforms, however, China’s exchanges were nevertheless among the worst performing in the world. IPOs have ground to a standstill as the CSRC deals with transparency problems, with more than 800 companies waiting to list.

Now analysts are questioning whether Xiao is the right man to continue reforms and revive the market. Guo handed the CSRC to Xiao with five regulatory amendments awaiting approval, consulting firm Z-Ben Advisors wrote in a research note on Tuesday. The pace at which Xiao pushes through the amendments – or whether he approves them at all – will be a telling sign of his commitment to continuing Guo’s fast-track style of reform, the Shanghai-based financial advisory said. The amendments were mainly brokerage- or mutual fund-related upgrades.

The change has certainly been on the minds of investors as well. The initial rumor that Xiao was taking over scared investors enough to send the Shanghai Composite Index to a four-month low on Monday.

“There’s a lot of curiosity about what he would do, because he was in banking, not really in [the securities] field,” May Yan, a banking analyst at Barclays Capital in Hong Kong, said of Xiao.

But investors would do well to remember Guo’s background. The career paths of Xiao and Guo are strikingly similar, given that they both jumped from one of China’s biggest banks into a top financial regulatory role. Guo springboarded from the chairman of China Construction Bank to the head of the CSRC in 2011.

One of Xiao’s accolades at the Bank of China was his oversight for its public offering in Hong Kong and the mainland, the first listing for one of China’s Big Four banks. “Given his history … Mr Xiao is largely anticipated to prioritize quality enforcement and industry standardization,” Z-ben wrote.

But it’s too soon to say just how reform-minded the new CSRC head will be. Xiao was also associated with the surge in lending to local governments in 2009 following the onset of global financial crisis. Bank of China led the sector in lending at the time. This signifies at least some dedication to the vested interests that siphon off the country’s lending capacity and often stymie growth of more efficient private business.

Xiao will have to move quickly if he’s to distinguish himself from Guo in a positive light. After all, Guo, the shortest serving head of the CSRC, made a substantial footprint on China’s financial history in only 18 months.