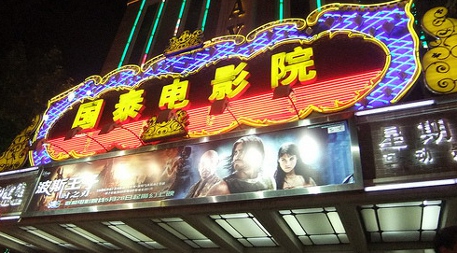 Many multinationals that have come to China seeking the Holy Grail of growth have been met with disappointing results. But cinema giant IMAX seems to have actually struck gold in the world’s fastest-growing movie market. The company now has 48 theaters open in Greater China, and it plans to expand its network to 177 theaters in the next few years – making China the company’s second-largest market after the US. As part of this plan, IMAX recently set up a separate China subsidiary led by former Sony Pictures Television executive Chen Jiande and is hiring aggressively for operations in Shanghai and Beijing.

China Economic Review spoke with IMAX’s Global CEO, Richard Gelfond, about the market’s changing tastes, how his company aligns its strategies with the government, and why piracy doesn’t keep him up at night.

Q: What is driving the rapid growth in China’s movie industry? What factors make the market unique?

A: In general, China’s cinema market is being driven by the increase in the disposable income of the middle and upper-middle classes. Years ago, both companies and the government were focused on things like food and housing. But now that the basic needs of most people have been met, their next need is entertainment. The [cinema] network has tripled over the past three years, so it’s grown very rapidly. There are about 6,000 regular cinemas in China today, and studies from SARFT [the State Administration of Radio, Film and Television] show that there should be 25,000 screens within five years and 40,000 screens within 10 years. When there are 40,000 screens, China’s market will already be bigger than the US, but because of the population it will only be one-quarter as penetrated as the US.

Q: Chinese people have really embraced 3D screens. Can you comment on that trend and how it affects your business?

A: First of all, our business is both 2D and 3D – we believe in balance. But the 3D experience in general is prospering in China because it’s so new and different, and it’s something you can’t get a pirated version of. Also, the Chinese tend to be much more on the technology cutting edge. As a culture, they seem to want the newest and best kind of things, and 3D fits that. And IMAX fits that, for two reasons: When it’s in 3D and IMAX, it’s superior to the other kinds of 3D, and even when its in 2D, it’s very different than anything you can see in a regular cinema. So I would say IMAX is benefiting irrespective of whether it’s 2D or 3D, because it’s shown in IMAX.

Q: Can you explain the technology behind the IMAX camera and screen?

A: IMAX is an integrated solution, meaning both hardware and software. There’s a separate proprietary projection system that uses two digital projectors. There’s a camera in the theater that gets real-time feedback and figures out how to allocate light and color to create this terrific experience on a larger field-of-view screen. Also, the sound is 12,000 watts of uncompressed data, so it’s very different from conventional cinema. The third piece is that the movie is specially re-formatted for IMAX. We have a proprietary algorithm that takes the regular movie and creates a higher resolution version of it. So if you play a regular Harry Potter movie on an IMAX projector, it wouldn’t look that great; it’s the combination of both software and hardware that makes it special.

Q: How expensive is it to create an IMAX movie?

A: There are three kinds of films. One is a film that we convert from a Hollywood film, which would be like “Pirates of the Caribbean.” That costs us somewhere between US$1-1.5 million to convert, and we pay for that. The second type is a film which is completely made for IMAX, and those tend to be more documentary-style. We pay for that with a partner, and that’s in the US$7-10 million range. The third category would be films which are partially shot with IMAX cameras, like “Dark Knight Rises,” the new Batman movie, or “Mission Impossible IV.” The cost varies depending on how often you use the camera, how long the movie is, the kinds of scenes you do, things like that.

Q: IMAX has traditionally focused on documentaries and visually impressive pieces. Is that still your main business?

Q: You recently announced plans to build 75 screens over the next three years with Wanda, China’s largest theater chain. What are the advantages here, and how does this differ from your previous business model?

A: It’s a new business model, as you alluded to. We used to only sell our equipment in China, but now we’ve gone to a joint revenue share model, in which Wanda will build the boxes and market them, and we will put up the money to build the screen, put in the sound system, put in the projection system, and license our brand. And then we share the revenues from the movies. The reason the model works is since we’re putting up the capital, the cinema operators can put up theaters more quickly. So we’re taking some of the risk in China in exchange for sharing some of the reward. Wanda is very aggressively rolling out cinemas; they’re the number one cinema operator now in China. We’re very excited to be partnered with them for these 75 theaters, which will be opened over the next three years. We’re putting in approximately 30 Wanda IMAX cinemas just this year, in 2011.

Q: You’ve formed a partnership with Huayi Brothers that included showing the movie “Aftershock.” What are your plans for the future with that partnership?

A: We’re discussing several films for the future. We also did “The Beginning of the Great Revival” with China Film Group, and we’re doing John Woo’s movie “Flying Tigers” next year, China Film is also part of that. Our goal would probably be to do two to four Chinese-produced films a year, and then do another 14 or 15 American movies.

Q: Can you talk about some films that have been particularly successful in your Chinese theaters in recent years? What was the secret?

A: Well, a number have been successful, but I’ll pick two. “Avatar” was certainly a breakthrough for us in China, and we contributed a very significant part of the Chinese box office on a very small number of screens. I think the reason is that “Avatar” just looked a lot better in IMAX, and people perceived the value proposition, meaning that they would get a lot more for their renminbi seeing it in an IMAX theater than a regular theater. The average ticket price we got was around US$16 equivalent for that movie, and there were up to 6 hours waits – it was just extremely successful. Another one was a 2D film by Chris Nolan, “Inception.” It was such a visual spectacle that people just enjoyed it in IMAX, particularly these wide vistas and expansive scenes.

Q: In Shanghai, the “Avatar” IMAX ticket was the most expensive in the world at US$16, but average incomes here are obviously comparatively low. How have you set your pricing strategy?

A: Well, it’s set by the exhibitors, it’s not set by us. But they try to charge a 30-40% premium over their regular ticket price, whatever that may be. Obviously it’s going to vary in the big cities, in Shanghai and Beijing, from third-tier cities. But IMAX always demands a premium. That’s not just in China; we’re in 50 countries, and this model has worked, because there are enough people willing to pay a bit more for a premium experience.

Q: Do you see
IMAX as part of the luxury market in China?

A: We haven’t done a lot of demographic studies, but it definitely is a luxury item. One reason why it’s done so well in China is because it’s affordable luxury. People have more disposable income, but they’re not yet at the point where they’re going to go out and buy a Ferrari for hundreds of thousands of dollars. An IMAX ticket is a few extra dollars, it’s an affordable luxury. And the one-child policy helps, especially for family films. If you have one child and you want to take them to the premium experience, it costs a little more money but not a lot to take your child to something really special.

A: That is true, and actually some of the impetus for that came from senior officials at SARFT. I’ve been going [to China] for about 20 years now, and I frequently meet with the government to ask for suggestions. I asked them how we could help the movie-going experience in China, and the feedback I got was that in third- and fourth-tier cities, people couldn’t really afford an IMAX experience on a regular basis. So we developed this portable theater. It goes on several trucks, and then you inflate it.

Q: China only allows 20 foreign films to show in theaters under revenue-sharing agreements annually. Does that factor into your decision to show more Chinese films?

A: It hasn’t had a great effect, because we typically do blockbusters films such as “Pirates of the Caribbean,” “Harry Potter,” “Transformers,” and those are typically the ones that are allowed in under the quota. So it’s not really that, it’s more of an opportunity for us. February is Chinese New Year in China, but it’s a weak film period in the US. So rather than program a weak US film, we’d much rather program a strong Chinese film. So it just seems to be a good opportunity. We feel that not only strengthening our Chinese film products, but also helping export Chinese films by putting them in IMAX is a good thing to do from a long-term, strategic point of view.