Home Economics & Policy What's law got to do with it? 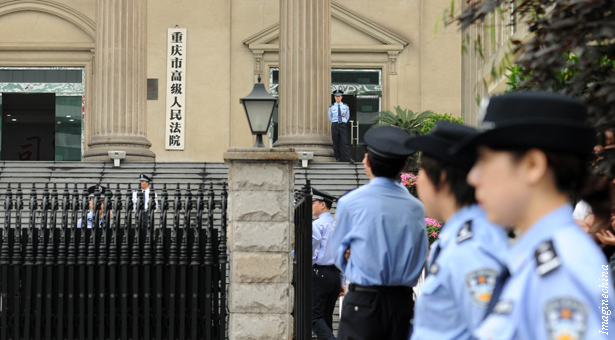 What's law got to do with it?

The saying “no news is good news” may not apply to former top party official Bo Xilai and the trial he’ll supposedly face sometime this year.

In late January, Bo was a no-show at a courtroom in Guizhou province, where rumors held that he would stand trial. Speculation continued that month and state media revealed that the case could be heard after the National People’s Congress in mid-March. That didn’t happen either.

His dramatic fall from power began February 12, when the Chongqing Chief of Police Wang Lijun fled to the US Embassy in Chengdu, Sichuan province with secret information on Bo, who was the party chief of Chongqing at the time.

Before being taken into Chinese custody, Wang revealed to American diplomats that Bo’s wife, Gu Kailai, had poisoned and killed a UK national. This lead to a host of allegations against Bo, who was expelled from the party in September, but they may have merely been a pretext for ousting him because he challenged party politics with a populist movement in Chongqing. While it appears he may have been guilty of corruption, such crimes are commonplace among officials in China today.

Recently, little news has surfaced on the man who only a year and a half ago was regarded as a top contender for a spot on the government’s supreme ruling body, the Politburo Standing Committee. Reports in February said that Bo was being uncooperative and had staged a hunger strike while in detention – wherever that might be.

But Bo should know better than most that back-peddling against the system will do him little good at this point. As a former party leader who himself prosecuted high-profile party members, it should be clear that his trial falls far from the purview of China’s legal system and tightly within the confines of party rules, which are opaque at best.

Bo is now under a system known as shuanggui, meaning he is subject to both the party’s rules and the government’s laws. The party accused Bo of abusing power and corruption in September.

One clear signal that the trial is nearing will be a decision from the Central Discipline and Inspection Committee on whether he violated party rules. A decision from the CDIC usually comes before a government trial, Jean-Pierre Cabestan, head of the Department of Government and International Studies at Hong Kong Baptist University, said in an email. It’s unclear how a decision on whether he violated party rules might influence a decision on his guilt under Chinese government law.

The trial is likely being postponed because Bo is not cooperating, Cabestan said. The party will need to get him in a courtroom in order to conduct the semi-public trial, which will likely last only a few days. For that to happen, it must be assured that he will not “rock the boat and cause trouble.” It’s unclear how much risk the party will take in doing this.

“A strong sedative may help, but the party is usually risk-averse … so we’ll see,” Cabestan said.

What will occur during the trial will have little or nothing to do with Bo’s fate. The proceedings in court, which should get national media coverage, will be a brief reprise of what were likely months of deliberation and negotiation within the party.

“In authoritarian regimes there’s always an exception, an area, a limitation on rule of law for these kinds of cases,” said Randall Peerenboom, an associate research fellow at Oxford University. “In some cases they handle them through special courts, special military courts or sometimes they don’t use courts at all. In China they use the regular courts, but all the actual work decisions are done through party mechanisms before you get to the court.”

There are legal questions for the court proceeding, added Peerenboom, who is also a professor of law at La Trobe University in Australia. When Bo’s wife was tried and found guilty of killing Briton Neil Heywood, it was unclear if she had access to a lawyer.

But for legal scholars, the real problems with this process are those associated with shuanggui. Under this system of party discipline, there are few accessible guidelines on questions over the length of time someone can be detained.

These processes say little about the current state of rule of law in China. If China’s judiciary is progressing, the Bo Xilai case is not the place where developments would surface.

“It differs from 99% of the other 12 million cases that the courts handle every year. And so there’s no real implications for what the courts and the judiciary do for rule of law more generally,” Peerenboom said.

The implications for rule of law may only be applicable to a small group, but it’s an important one: The more than 80 million Chinese who are party members. The fact that certain processes, ones that make life-or-death rulings, operate without a written framework should be troubling to Chinese citizen.

However, as Peerenboom noted, there is actually little opposition to how this functions at present because many Chinese “take a certain amount of joy in seeing high-level government officials prosecuted for corruption.” Even if they should be discomfited that the ones dishing out the punishment are no more innocent than those standing trial.