Home Business Can Mongolia be a new ‘paradise’ for crypto miners? 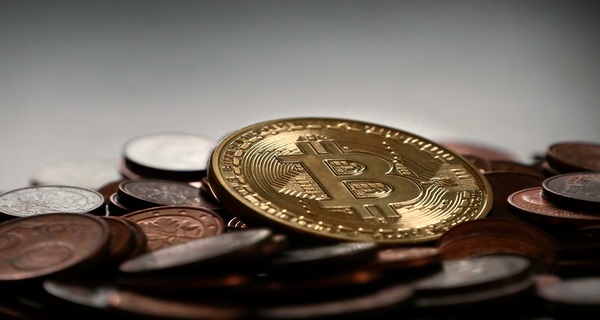 Can Mongolia be a new ‘paradise’ for crypto miners?

“There is a huge potential for Mongolia to seize an opportunity to host big players in the cryptocurrency industry and become a crucial service provider,” said Tsolmon Bayaraa, CEO of Sourceland LLC.

The company initiated a project called GOBI—standing for Global Operation for the Bit Industry—to build enormous cryptocurrency mining facilities, crypto exchanges and data centers in southern Mongolia to host thousands of miners and entrepreneurs in blockchain technology from all around the world.

The company signed a contract with BW, one of Chinese largest crypto mining companies. Songxiu Hua, CEO of BW, confirmed that the company had made a deal worth $500 million and launched a pilot project in Mongolia to deliver 300,000 crypto mining machines in the first phase.

Mongolia is looking to take advantage of the uncertainty gripping the cryptocurrency industry in China. Until last year, China was by far the world’s largest market for both crypto mining and trading, but in September the Chinese government turned decisively against the industry, banning initial coin offerings (ICOs) and digital currency exchanges. Crypto miners are also being encouraged by local governments to leave China, according to recently leaked government document posted on Twitter by Chinese blockchain industry executive Elly Zhang.

Many of China’s crypto miners are therefore looking to move their operations elsewhere, and many are turning their heads toward Mongolia. Not only does China’s northern neighbor offer cheap energy costs, its sheer proximity to the Middle Kingdom minimizes a key cost for crypto firms in relocating: time spent offline. Furthermore, Chinese miners will want to take advantage of Mongolia’s cheap labor force, high-speed internet, and relatively unrestricted regulatory environment.

It’s all about energy

Nearly 60% of the world’s mining pools are currently based in China. These mining facilities, although found all over China, are mostly concentrated in the northern provinces, where miners often enjoy electricity subsidies due to the many local hydropower plants, and where the cold climate helps reduce costs associated with cooling servers—a significant drain on many mining businesses. However, crypto miners now consume such a huge amount of energy in these regions that the Chinese government has started to pay close attention.

Some entrepreneurs in Mongolia are already cashing in on the growing exodus from south of the border. Gobilink.com, a company that provides hosting services to miners in Mongolia, claims to have received dozens of offers in recent months. “Every week, we are approached by different Chinese miners wishing to move thousands of machines to our facilities,” said CEO Rene Villeneuve. “The biggest challenge is the amount of electricity needed, but we can handle most of what we’re seeing and we’re receiving great local support.”

Currently, the cost of electricity in Mongolia is 5 cents per kWh, which is almost three times cheaper than that in China. Despite this, the country’s current estimated energy capacity is only 1100 MW, as mentioned in the Mongolia’s Energy Sector Report, which will not be enough to feed the large-scale mega projects such as GOBI.

Project developer Tsolmon Bayaraa agreed that “it might be harder at the beginning to attract FDI into the energy sector, in particular to build power plants; but I believe in the long-run all parties would benefit from this win-win cooperation.”

Whilst it may be true that Mongolia at present barely meets its domestic energy demand, having to import electricity from both Russia and China, the country’s rich endowment of untapped natural resources still leaves considerable spare capacity in this area.

Erdenetsogt Energy, a company named after its huge coal deposit in Mongolia’s Dornogovi Province, has also secured permission from the government to build further coal-fired power plants. This will give the company the “possibility for us to provide cheaper electricity as low as 3 cents per kWh,” according to Managing Director Enkhtaivan Chimed.

Uchral Nyam-Osor, a member of the Parliament of Mongolia, says that hosting crypto miners and founding farms in the southern Gobi region would be the solution for a country like Mongolia to reduce its overexposure to mineral resources, on which hinges almost 23% of GDP. The country has been suffering through an economic crisis which brought it to the brink of default in 2016 after a brief stint as one of the world leaders in economic growth in 2012.

“Our focus has always been to find ways of diversifying the economy. If China bans crypto mining operations, Mongolia should embrace it,” he said.

“I assume that what those [crypto] miners want from the government is not regulation, but support for energy supply. Needless to say, that there is a demand for power plants. It would help increasing employment and income levels,” he added.

“One may say that the situation of Mongolia’s light regulation is a disadvantage. Not at all,” said Boldbaatar Bat-Amgalan, former head of Communications Regulatory Commission of Mongolia.

This could well be Mongolia’s stepping stone onto the world’s financial stage.