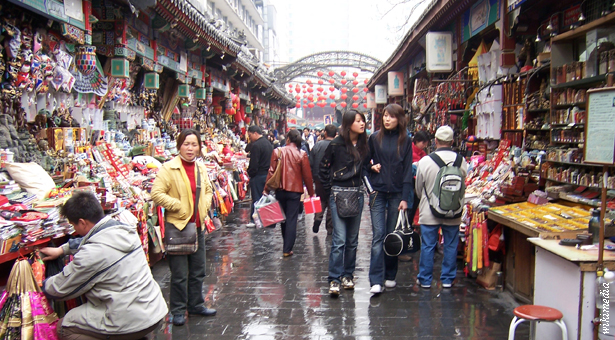 In the sweet spot

Inflation in China has been quite the Goldilocks tale this year. First, inflation was too hot. The consumer price index (CPI), the main gauge of inflation, hit 3.2% for February, coming close to the government’s 3.5% goal for the year. Although Chinese New Year always distorts data and precipitated much of the increase, the government still hinted that it would tighten monetary policy in response to higher inflation.

Then, the numbers were too cool. The consumer price index (CPI) fell to 2.1% in March, which was below analyst expectations. With overall GDP growth slowing in the first quarter, this revived speculation that the central government would feel comfortable enough with the level of inflation to roll out stimulus spending or ramp up loans to drive growth. That money has generally been directed to infrastructure projects or state-owned companies in the past, something that would set back the country’s need to rebalance toward consumption.

Finally, the April CPI released on Thursday is just right. The 2.4% year-on-year increase isn’t high enough to revive any major effort toward tightening. At the same time, the rise from the previous month may discourage regulators from ramping up loans or stimulus spending. For now, it’s an inflationary sweet spot that calls for little to no policy movement from Beijing.

Economists who spoke with CHINA ECONOMIC REVIEW said there was little grounds for tightening lending based on the figures, a move generally taken when regulators determine they must rein in inflation.

China’s central bank did take action to drain liquidity just after the inflation data was released, by selling enough three-month bills to take RMB10 billion in cash out of the market. But that shouldn’t be taken as a tightening measure, merely an attempt to “mop up excessive liquidity,” as Ding put it.

The only policy levers Beijing is likely to pull would be on food prices, which were primarily responsible for the rise in inflation. Beijing could use subsidies or state reserves to reign in the price of pork, according to a note from HSBC Global Research.

While 2.4% remains low, the upward trend in the figure can’t be neglected. Some policymakers would surely like to spend China to a rebound in GDP, but the slight increase helps reinforce concerns that too much stimulus could boost inflation past a safe level.

As regulators quibble over month-to-month adjustment to monetary policy, they should also focus on the benefits of keeping inflation in the range that it has been in for the last year rather than whether they need to amp up GDP figures. A continued low rate of inflation is a much needed ingredient in China’s greater rebalancing.

Some small return on deposits is a big deal for China. Chinese held about US$73 billion in personal deposits in March, according to the People’s Bank of China website. Therefore, even an annual real interest rate of 0.9% would mean an extra annual US$657 million that consumers could potentially take to shopping centers. As the country’s technocrats struggle to muscle the export-driven economy toward one based on domestic consumption, increases in disposable income are key.

Michael Pettis, a professor of finance at Peking University, even went as far as to say in a recent newsletter that “[t]he main source of this rebalancing is likely to be the increase in real interest rates caused by declining inflation.”

Ding at Citi said improving the returns for investors and depositors would play a big role in China’s rebalancing. “Keeping interest rates positive in real terms – I think that would be beneficial for this transition,” he said.

Inflation is expected to rise as the year continues. So returns on deposits will shrink and perhaps even become negative. So the sweet spot the government found itself in last month will slowly evaporate and may spur policymakers to tighten the money supply to tamp down inflation later in the second half of the year. But at least for now the government can lay down its tools and enjoy a month or two of undisturbed growth.