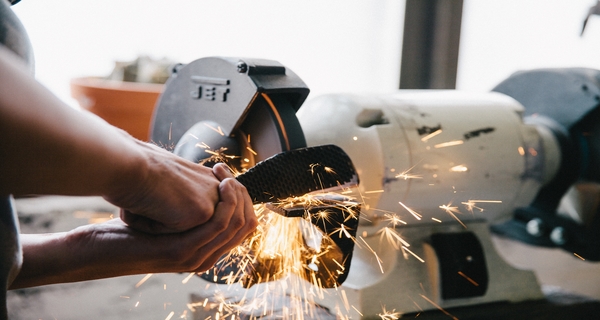 Growth in China’s factory output slowed for the second consecutive month in October, according to official data, a sign that the economy is continuing to lose momentum amid the backdrop of an escalating trade war with the United States.

The National Bureau of Statistics’ (NBS) manufacturing Purchasing Managers’ Index (PMI) fell to 50.2 in October – the weakest reading in two years and a significant drop from the 50.8 score posted in September.

The reading surprised the market on the downside, which had an average forecast of 50.6, and compares poorly with the average across the first nine months of the year (51.2). The index is benchmarked at 50, with anything higher indicating sector expansion.

NBS representative Zhao Qinghe said that the October decline was partly attributable to a “complex and variable external environment” causing “fluctuations” in demand and supply.

The loss of momentum was broad-based, with all five components of the index (new orders, output, employment, delivery times and raw materials inventories) falling. New orders saw a particularly steep drop to 46.9 from 48.0 in September, fitting with the wider trend of weaker domestic demand.

October is the first full month since the US introduced its largest round of tariffs yet on Chinese imports. However, as with other recent data releases, the breakdown suggests manufacturers are not yet suffering too heavily as a direct result. Although export orders declined in October, this was outpaced by the fall in overall new orders.

“Softer foreign demand doesn’t appear to be the main culprit” of weaker new orders, said Julian Evans-Pritchard, chief China economist at Capital Economics. “It is also uncertain to what degree this will be reflect in the trade figures which have so far largely defied the downbeat signals from the survey data.”

Additional factors, such as October’s extended national holiday, or “Golden Week,” and the international import expo in Shanghai at the beginning of November may also have disrupted production.

Despite a headline reading still within expansionary territory, sub-indices for mid- and small-sized companies fell below the 50 mark, to 47.7 and 49.8 respectively. Smaller firms had rebounded earlier this year from a sub-50 reading at the end of 2017, but October marks a return to contraction.

Given the unofficial Caixin PMI’s higher weighting of smaller firms in its survey, it is possible that the index points to negative growth when it is published tomorrow.

The official non-manufacturing PMI also fell, from 54.9 to a 14-month low of 53.9. Weaker service sector data appeared to pull down the reading, offsetting promising growth in construction activity which reached a year-to-date high.

Today’s release marks an inauspicious start to the fourth quarter, just weeks after official data showed economic growth slowing in the June-September period to 6.5% year-on-year. The government is trying to execute a difficult balancing act of stimulating consumption and growth while staying true to deleveraging policies brought in to tame increasingly risky financial and property markets.

“We expect future support policy actions to be measured,” wrote Raymond Yeung, chief economist of Greater China at ANZ. “The government’s priority is to avoid a financial blow-up.”

The delayed nature of China’s economic headwinds, however, may mean the situation will get worse before it gets better, even with recent measures taken by policymakers. The squeeze of deleveraging may continue to act as a drag on growth until the middle of next year, even though Beijing has rowed back on some of these policies in order to stimulate flagging demand, some analysts warn.

“Beijing’s policy focus so far has been on containing a credit freeze. If our more cautious views prove to be valid, growth will likely slow to such a worrying pace in spring 2019 that Beijing may have to greatly ramp-up its easing stimulus measures at that time,” wrote analysts at Nomura in Hong Kong.