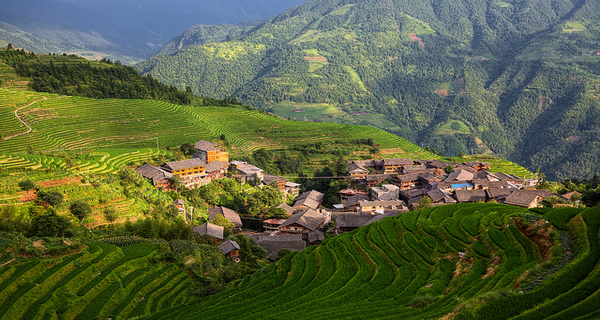 China’s agricultural support policies are moving towards marketised institutions, after a decade of state subsidies for direct production resulted in oversupply. A new framework of indirect support will focus on two measures: developing crop insurance for farmers, and developing futures markets for price discovery.

These ‘Insurance plus Futures’ policy pilots currently underway in China represent a giant paradigm shift for global grain and oilseed production. China is simultaneously ending state procurement on much of its agricultural product, while also opening the processing industry to imports.

Agro-industrial upgrading will remain state subsidised, and agricultural credit has proven too difficult to effectively reform. But insurance and futures reforms are soon to move out of the pilot stage and into mainstream policy.

The government will no longer purchase grain directly from peasants, instead replacing state procurement with a new form of agricultural crop insurance. Insurance reforms will gradually step in to replace the social policy function of state procurement guaranteeing peasant incomes. The alliance of peasants and workers is enshrined in the Chinese constitution, and the Chinese Communist Party has an overt yet derogated governance obligation to the peasantry.

As an interim price-setting measure, a ‘target-price’ mechanism is designed to work towards the development of futures contracts, commodities exchanges, and other price formation institutions in China. A target-price is a floor-price at the provincial level on a single commodity, such as corn. Each province may set different prices for the same commodity, introducing some variability into national pricing. However, a range of institutional upgrades are necessary for the upgrade to full-scale futures markets in order to be able to create and transmit credible price signals to buyers and sellers.

These previously hollow institutions, sidelined for decades from actual agricultural production, are to become effective agents in the new pseudo-market model. The government will support the development of futures exchanges to attract technical transfers in human capital and know-how from foreign institutions in order to promote effective institutional integration with global markets.

On the international front, opening to imports does not mean a wholesale opening to foreign capital. China’s Pacific Ocean market-import strategy will be markedly different to its Indian Ocean state-import strategy. Kazakh oilseeds and grains and African fish will come under a very different trade arrangement than rapeseed and soybean imports from North America.

This all means that in the area of international commodities, the gravity of institutional legitimacy is shifting to China, as China’s leaders move the country towards becoming a net importer in a range of commodities. Just as institutions such as the Chicago Board of Trade or the London Metals Exchange have enjoyed institutional legitimacy before it, China hopes that the commodities exchanges in Dalian and Zhengzhou could entice global markets to take signals from China.

This is part of a wider move in China towards greater imports – not just in agriculture. For China, the incentive is not a sudden urge to align with global agricultural commodity trade institutions and practice. Rather, increasing imports is a way for China to expand its leverage over the price-setting institutions of global commodities.

The gravity of China’s agricultural trade is also shifting to the Indian Ocean trade arrangements and away from the Pacific. China opening to more Pacific imports will really be liberalisation after the geo-economic paradigm has already shifted.

While the short-term Trump tariffs will dominate soybean news this year, China ending its policy of state procurement on staple crops is a paradigm shift for global agricultural commodity production.

The long-term move to a market model on domestically produced agricultural commodities and the opening of China’s consumer markets to imports of agricultural commodities would be a massive benefit to China as it sources cheaper grains and oilseeds to service its food needs. For agricultural exporting countries though, if China does open to greater imports, future political risk lies in the institutional legitimacy of price-setting, indices, and exchanges.

Global political factors will likely slow down China’s international import strategy for agricultural commodities. These include the ongoing trade dispute with the United States, exclusion from the Trans-Pacific Partnership, and wider institutionalised global trade uncertainty. However, China is genuinely moving to open agricultural markets while maintaining control of an agro-industrial policy complex.

This is quite an extraordinary situation for China’s agro-industrial development, as it is the opposite of the pattern of other rapidly industrialising East Asian economies. Historically, state-capitalist economies tend to open their manufacturing sector before agriculture.

However, the end game is not convergence with open market economies, but establishing the legitimacy of institutions. Bringing China’s domestic agricultural commodities into market-based production systems should be applauded, yet the financial and social vacuum of doing so while maintaining an essentially peasant population must still be questioned.

Tristan Kenderdine is Research Director at Future Risk and lecturer in Public Administration at Dalian University.