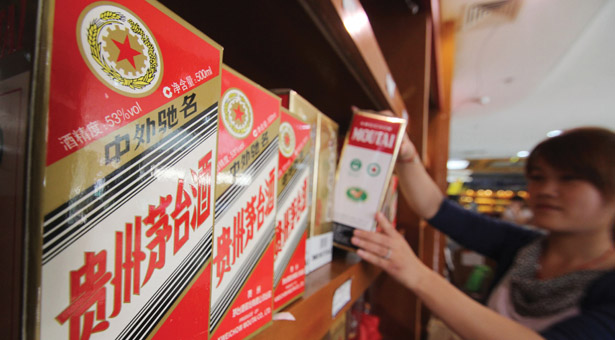 The National Development and Reform Commission has once again shown that it is an antitrust enforcer to be reckoned with. Less than two months after it imposed record fines on several foreign LCD panel makers, two of NDRC’s local offices broke new ground by imposing stiff sanctions on two leading Chinese traditional alcohol makers that the agency ruled had unfairly prevented distributors from granting discounts on their products.

On February 22, local offices of the NDRC in Guizhou and Sichuan announced they would fine baijiu maker Maotai roughly US$40 million (RMB247 million) and its rival Wuliangye around US$32 million (RMB202 million). The combined fines imposed on the liquor companies set yet a new record for antitrust violation penalties in China. Another significant feature of this case is that the two offenders are iconic national brands in the baijiu industry.

Unlike in the LCD panel case, which was handled at the national level, the investigation into the baijiu antitrust offenses were driven by the Guizhou Price Bureau and the Sichuan Development and Reform Commission (Sichuan DRC). The Guizhou Price Bureau published a one-paragraph announcement with only bare bones details on the case. The statement says that starting in 2012 Maotai had agreements with its distributors to set minimum resale prices for its liquor products and penalized distributors selling below those prices.

The announcement barely contains any legal reasoning. It simply notes that Maotai’s resale price arrangement restricted competition in the marketplace and harmed the interests of consumers, but does not explain how such a finding was reached or the evidence on which the finding was based.

By contrast, the Sichuan DRC press release contains far more detail on Wuliangye’s unlawful acts and analyzes the purported anti-competitive effects of the pricing agreements between the baijiu maker and its distributors. The release states that Wuliangye entered into minimum price agreements with over 3,200 distributors.

According to the Sichuan authority, Wuliangye punished disobedient distributors by curtailing its business dealings with them and reducing the level of financial incentives such as rebates given to “non-compliant” distributors. For instance, in 2011, Wuliangye stopped supplying to a large supermarket chain store in Sichuan, forcing the store to commit to not selling Wuliangye products at below the agreed minimum price. As another example, the Sichuan DRC found that in 2012 the company penalized 14 distributors nationwide for their “low sale prices.”

The press release further discusses the alleged anti-competitive effects of Wuliangye’s minimum pricing policy. According to the press release, the effects were threefold:

The decisions against Maotai and Wuliangye are significant because they set a new record for antitrust fines in China. Nonetheless, due to the lack of detailed reasoning, the press releases do not provide much helpful guidance for the business community when assessing what constitutes illegal price restraints going forward.

In short, it’s unclear when pricing practices cross the line into antitrust territory. Although the press release in the Wuliangye case mentions the company’s “strong market position” and “important position” in the market, it does not use the word “dominance” or point to a specific market share level as reference. In fact, the press release does not even explicitly state that the supplier’s market position was a key factor in assessing the legality of the pricing arrangements.

This contrasts with the judgment by the Shanghai intermediate court in a Johnson & Johnson case in 2012 which did put forward a few benchmarks, namely: the supplier’s market share, the extent of upstream and downstream competition and the impact of the minimum pricing practices on the quantity and price of the products in the marketplace.

The Johnson & Johnson case is being appealed now, and market participants are looking to the final outcome for further guidance. In the meantime, companies may wish to “play safe” and take a hard look at their distribution agreements and the context of their distribution structure.