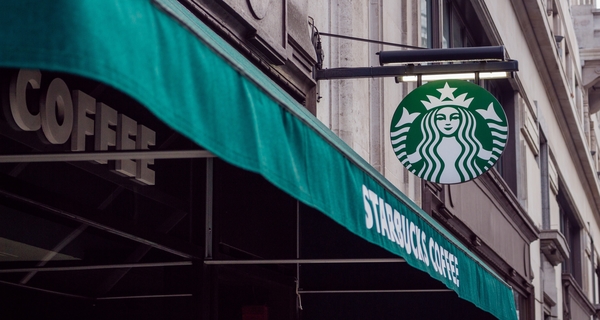 China’s coffee war is heating up

It took a mermaid and large amounts of caramel to convince the Chinese to embrace coffee. When Starbucks opened its first shop in Beijing in 1999, the company’s mission to convert a nation of tea drinkers seemed far-fetched. But sweetened Frappuccinos, the chain’s signature drink, have proved to be the perfect gateway to coffee for China’s young, urban consumers.

Now, China’s specialist coffee shop sector is valued at $4.72 billion, and Starbucks dominates with a 58.6% market share, according to figures by Euromonitor. The American company operates 3,300 outlets in 141 mainland cities, and this number is growing at a rate of one new shop every 15 hours. By 2021, Starbucks expects to have 5,000 outlets nationwide, and aims to reach 230 cities the following year. Revenues, according to company projections, are expected to triple over the next five years.

Those numbers have attracted competition. Luckin Coffee, a homegrown coffee unicorn based in Beijing, is aggressively challenging Starbucks at its own game. Within months of a soft launch at the start of the year—and reportedly boosted by a RMB 1 billion ($150 million) investment—the startup has already hit 525 physical shops in 13 cities. That comes in addition to a purely “online” trade channel consisting of app purchases and delivery.

Luckin is pouring money into the breathless expansion as well as into juicy promotions and discounts in a bid to outmaneuver its US rival. The Chinese firm is undercutting Starbucks by around 20% on a large latte, according to the South China Morning Post. At the same time, it is offering Starbucks staff triple their current salaries to tempt them away, according to Technode. The battle further intensified in May, when Luckin sent a letter to Starbucks threatening a lawsuit over alleged monopolistic interference with industry suppliers and rental contracts.

There are also a slew of smaller chains and independent coffee shops emerging in the big Chinese cities looking to take market share from the multinationals that once dominated in China, such as Costa Coffee, KFC and McCafe.

For now, there appears to be plenty of room for all these players. Figures by the International Coffee Organisation show a 16% annual increase in Chinese coffee consumption between 2004 and 2013. That growth will continue at around 15-20% over the next few years, reckons Thibaud Andre, a senior consultant at Daxue Consulting.

But the engines of this growth appear to be changing as consumers become more willing to trade the sugary blends of the early days for higher-quality roasts. Consumption of fresh coffee rose faster than any other product last year in both value and volume terms due to rising demand for better-tasting brewed coffee, according to Euromonitor.

Andre expects that the coffee war will also spread across the country as consumers in smaller cities increasingly catch the coffee bug. “The market will switch to more premiumization or will switch to targeting a wider pool of consumers,” he said. “The market seems actually to be kind of saturated in the main cities. I think we are above 100,000 coffee shops now in China, mostly gathered in the top cities. So, the driver for growth will not be from this segment.”

Starbucks’s move into an additional 100 cities by 2022 is a sign of this down-tier expansion, as purchasing power rises throughout the country. Costa Coffee is even more ambitious, eyeing 1,200 stores by 2022, up from 459 at present. Meanwhile, Starbucks just launched a 30,000 square foot state-of-the-art mega roastery in Shanghai last December—its biggest store anywhere—in order to hold on to ever-more sophisticated coffee drinkers.

While this may drive growth, the shift towards more home and office consumption is likely to prove more important, with the restaurant segment being another potentially lucrative yet so far unexplored arena, according to Andre. “I expect [home consumption market share] to get over 50% pretty soon, which would kind of stabilize the market, by not relying on the big chains for development,” he said.

The most potent symbol of China’s accelerating transition from tea to coffee is perhaps found in southwestern Yunnan Province. Amid declining tea prices, farmers in Pu’er, an area renowned for its fermented black tea, are switching crops. Coffee can offer double the income. Production of coffee in Yunnan has grown at 21% per year between 2004 and 2013, doubling over the last seven years, according to the International Coffee Organization.

The largest out of China’s three coffee growing regions, with 95% of the national total, Yunnan is the only one exclusively specializing in the higher quality arabica beans. Hainan and Fujian provinces remain bastions of the lower-grade and more bitter robusta, commonly reserved for instant and industrial coffee products.

It is easy to see why farmers are choosing to make the change to coffee. Per capita coffee consumption is still very low in China by global standards, at around five cups per year nationally, barely climbing to 20 cups in the largest cities. By comparison, the average US consumer drinks 400 cups per year. In other words, there is room for enormous growth in this market.

The Starbucks mermaid, which once presided alone over China’s coffee landscape, is about to get company. That could be Luckin Coffee, if it manages to avoid a cash crunch. Or perhaps another Chinese challenger will come along and start an entirely new fight.