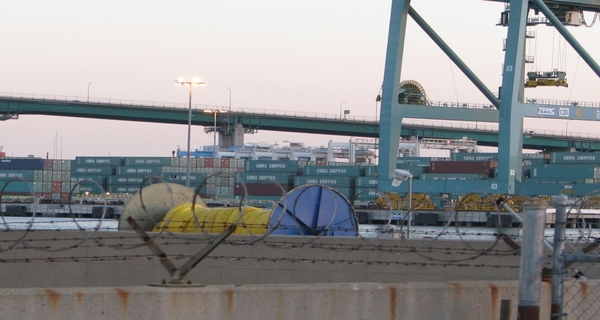 The month of April saw Chinese exports rebound strongly after contracting in March, driven heavily by high-tech products, pointing to resilient external demand as trade tensions with the US continue to rumble on.

Exports rose 12.9% year-on-year for the month, beating market estimates of 7.5% and bouncing back from the -2.7% decline in March brought on from this year’s late scheduling of Chinese New Year.

Exports of hi-tech and electrical products carried on the momentum of Q1 to grow 20.7% y/y in April. At the forefront of trade disagreements between the US and China, the strength of hi-tech goods exports may have been due to retailers bracing for a future hit. Betty Wang, senior China economist at ANZ Research, attributed the figures to “exporters’ bringing forward their shipments to avoid near-term disruptions to the supply chain amid the trade tensions. We may see some retreat in exports in the following months.”

Other analysts are more cautious of April’s export growth, viewing the rebound as largely a response to the seasonal dip seen in March. As suggested by last week’s Caixin Manufacturing PMI, exports may have begun to cool once seasonal effects are adjusted for.

Imports growth also exceeded expectations, rising 21.5% y/y from 14.4% in March on the back of rebounding major commodity demand as businesses settle after Q1 fluctuations, as well as double-digit growth for tech products imports.

China’s bilateral trade surplus with the US expanded after four months of contraction, reaching $22.2 billion in April. Supplementing last week’s tense and inconclusive discussions in Beijing, these figures will not help the two sides resolve current disagreements.

In the wider picture, however, China’s trade situation appears to moving in the opposite direction, with the country last week posting its first quarterly current account deficit in almost 17 years.